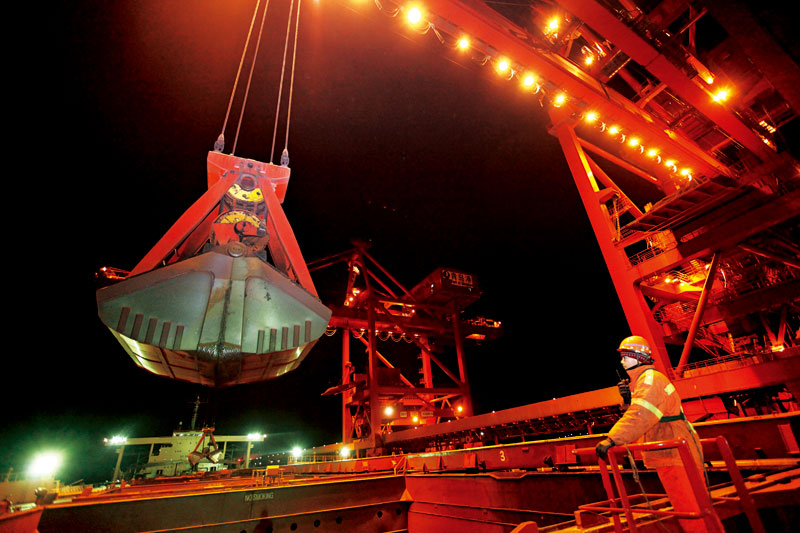 China is the world’s largest iron-ore consumer, with annual imports totaling 1.08 billion tons in 2017, or 68% of the world’s total global shipments. Photo: VCG

China has taken another step to opening up its futures markets to the world, announcing that it will allow foreign investors to trade domestic iron-ore futures as of May 4.

The move follows the debut of China’s first yuan-denominated crude oil futures last month in Shanghai, signaling the country’s ambition to have a say on the global pricing of commodities.

China is the world’s largest consumer of iron ore, but Chinese buyers don’t always get the best prices partly because its locals-only exchanges don’t have pricing power outside the country.

Since the Dalian Exchange launched its iron ore futures contract in 2013, active trading of the contract has made the exchange the world’s largest iron-ore derivatives market.

The amount of iron ore futures traded on the exchange reached 17.08 trillion yuan ($2.72 trillion) in 2017, an 18% growth from the prior year, according to exchange data.