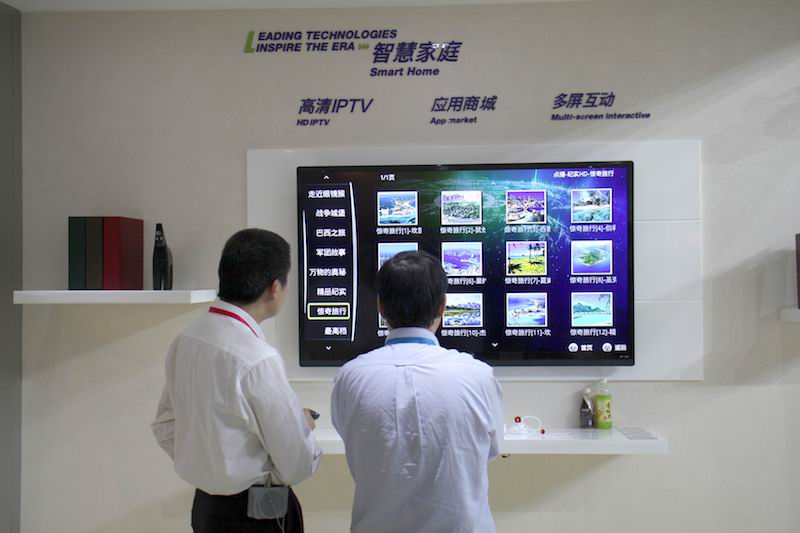 E-commerce giant JD.com Inc. agreed to invest 300 million yuan ($47.1 million) in the internet TV unit of TCL Corp. in a push to expand into the burgeoning smart-home market.

TCL, the country’s leading television manufacturer, said Wednesday that a subsidiary of JD.com will take a 6.67% stake in TCL’s Shenzhen Thunderbird Technology Co., making it the sixth-largest shareholder of the smart TV maker.

Chinese internet companies are rushing into the fledgling smart TV market to secure access to users in the race to connect everything with the internet. Last month, Tencent, JD.com Inc. and TCL partnered to invest in New Leshi Zhijia Electronic Technology Co., the smart-TV manufacturing unit of embattled tech conglomerate LeEco.

The JD.com investment values Thunderbird at 4.5 billion yuan, up from 2.7 billion yuan in the company’s last round of funding in September, when social media giant Tencent Holdings Ltd. invested 450 million yuan for a 16.67% stake.

Upon completion of the transaction, the TCL unit TCL Multimedia Technology Holdings will remain Thunderbird’s largest shareholder with a 41.5% stake, followed by Tencent with 15.6%, as adjusted for the JD.com investment.

Thunderbird Technology and JD.com will begin in-depth cooperation in advertising systems, e-commerce and logistics services, and unified management of user accounts. “The move will combine the strengths of both parties’ resources and capabilities to promote the value of the large-screen smart TV industry,” TCL said in a statement.

Established in May 2017, Thunderbird had 25.6 million users of its smart TV services as of March.

A number of internet companies have launched their own smart TV brands, but sales have remained sluggish. According to data provider All View Cloud, smart TV sales in China totaled 41 million units in 2017. About 13% of them were produced by internet firms, down 6% from the previous year.

Traditional-TV-makers are still strong competitors in the smart-TV market based on their production capacity and supply-chain resources, said Ma Junying, an analyst at the market research firm Strategies. Since last year, internet companies have increasingly shifted to partnerships with traditional TV makers in the smart TV business, rather than developing their own brands, Ma said.