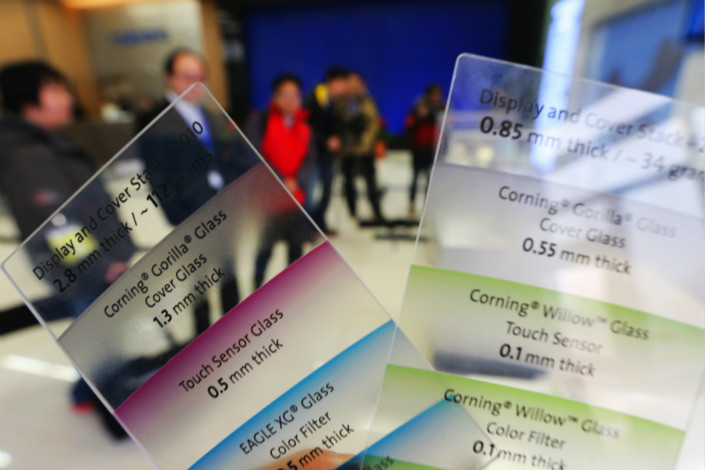 Corning Inc., a leading maker of specialty glass for LCD displays, will invest up to $1.4 billion to build a new production facility in the central Chinese city of Wuhan, according to media reports over the weekend.

The plant will supply specialty glass for a new factory complex operated by BOE Technology Group Co. Ltd., which will manufacture generation-10.5 liquid-crystal displays (LCDs) at the facility, according to local media reports on Saturday. Announced in August, the BOE project will be a massive facility that could eventually involve up to 46 billion yuan ($7.2 billion) in investment.

Local governments like mega-projects such as BOE’s, since they often attract secondary investment when upstream suppliers like Corning build supporting facilities.

The Corning facility will occupy 236 mu (38.9 acres) and ultimately involve investment of between $1.3 billion and $1.4 billion, the Changjiang Daily reported, citing Corning officials. Corning signed supporting agreements with various local government agencies at a ceremony to mark the launch of the facility, which will be in the city’s Linkougang industrial park.

The BOE production line is expected to begin operation in 2019, with initial monthly capacity of 120,000 panels, mostly for LCDs of 65 inches and larger.

Beijing has made development of the country’s panel industry a strategic part of its national plan and is providing strong support for such developments as it tries to move away from lower-end manufacturing into more high-tech products. Wuhan has emerged as one center for such production, becoming the first to host production lines from BOE and the country’s other top two panel makers, TCL Corp. and Tianma Microelectronics Co. Ltd.

Rising prices for LCD panels last year may have helped drive the latest wave of investments. But experts warn the highly cyclical LCD-panel industry may need to brace for a supply glut as a slew of new projects get built in China. Many 10.5- and 11th-generation production lines are now under development in China alone, and most are expected to begin operations in 2018 and 2019.