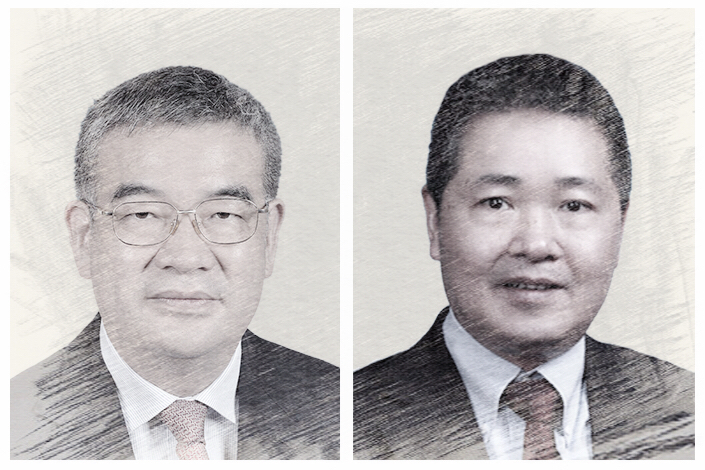 Editor’s note: In this newly launched product, we’ll give Caixin’s take on what the movers, shakers and decision-makers in China’s financial circles are up to — alongside selected stories on important figures in business, the anti-corruption drive, provincial politics and more.

Why it matters: The appointments come as the central bank is asserting its growing influence over the country’s economic and financial affairs, after a government shake-up earlier this year gave it beefed-up powers.

Some more background: Liu’s already a PBOC guy — he’s clambering up another rung of the central bank’s ladder from his last job as an assistant governor. He also spent 14 years at the general office of what is now the Central Financial and Economic Affairs Commission, which is probably the most important body for economic policymaking.

Zhu, meanwhile, has been in the mountainous southwestern province of Sichuan since 2016 as a deputy provincial governor. Shuffling officials between local and central governments is becoming an increasingly popular tactic to oil the wheels of policy coordination and help financial regulators get a sense of the sector on the ground. Zhu has got plenty of banking chops, though, having spent nearly a quarter of a century in the industry, with over 20 years at Bank of Communications Co. Ltd. and a vice president role at Bank of China Ltd. Both banks are among the country’s largest state-owned lenders.

What’s more: Either Liu or Zhu will also become a deputy director of the Financial Stability and Development Commission, which is directly under the State Council, China’s cabinet. This is a hugely important group set up to coordinate regulatory bodies, headed by President Xi Jinping’s top confidante and economic policy point man, Liu He (刘鹤). Whoever’s in it has a lot of influence over where financial policy goes next.

Xuan Changneng (宣昌能), formerly an assistant chairman at the securities watchdog, has become a deputy director at the State Administration of Foreign Exchange (SAFE).

Sun Tianqi (孙天琦), head of the General Affairs Department at SAFE, has become its chief accountant.

Wang Chunying (王春英), a former spokeswoman at SAFE, has become its chief economist.

Shen Ying (沈莹) is now a deputy director at the State-owned Assets Supervision and Administration Commission, the State Council body that oversees China’s array of about 100 massive central government-controlled enterprises. She is the commission’s chief accountant.

Ensuring insurance integrity: China’s Wild West of an insurance sector spawned debt-ridden monsters like Anbang Insurance Group. The sins of the regulators who let it all happen have not been forgotten.

An investigation into misconduct — which managed to take down former top insurance regulator Xiang Junbo (项俊波) — was frozen when the agency was merged with the banking regulator during the gigantic government shake-up earlier this year. It’s now back on with a vengeance — nearly 40 insurance regulators have been under investigation since mid-July. Ren Jianguo (任建国), chairman and president of China Insurance Security Fund Co. Ltd., is the latest casualty. This state-run bailout fund helps rescue or liquidate insurers that are at risk of default (it’s currently holding almost all of Anbang’s ordinary shares). Ren will be resigning in favor of Yu Hua (于华).

Police seek former zombie prince: Peng Xiaofeng (彭小峰) was once China’s youngest billionaire, riding the wave of a state-supported solar power boom. But like several others in the industry, his one-time New York-listed company, LDK Solar, slipped into so-called “zombie” status, clinging on to life through credit infusions from banks under government pressure to hold up the industry.

Peng, who is no longer in China, is currently boss of Nasdaq-listed SPI Energy Co. Ltd.’s peer-to-peer lending platform, Solarbao. He’s now been accused of illegal fundraising, with police in the eastern city of Suzhou, where Solarbao is based, asking the Ministry of Public Security to apply for the issuance of an Interpol “Red Notice” against him. Once the notice is put out, local police forces in Interpol's 192 member countries will be requested to locate and arrest Peng so that he can be extradited and returned to the Chinese mainland.

A Helping Hand for Hainan

The tropical province of Hainan now has a new deputy governor, parachuted down south from Beijing. Shen Danyang (沈丹阳), a former spokesman and policy research director at the Ministry of Commerce, will bring a wealth of knowledge on trade and the service industry to the island in the South China Sea.

Why it matters: Hainan is working to transform itself into China’s biggest and shiniest pilot free trade zone, shedding its reputation as something of a backwater most famous for real estate speculation and acquisitive, embattled airline giant HNA Group.

It’s an ambitious plan — Hainan will likely need the expertise of officials like Shen, who’s been at the Ministry of Commerce for 15 years. Here are more details on the island’s makeover.

And another thing: Note what we said above about shuffling officials between the center and provinces.

Famous actor and model Huang Xiaoming (黄晓明), who along with Angelababy (杨颖) forms China’s foremost celebrity power couple, has been caught up in a stock manipulation scandal. One of the accounts involved in a pump-and-dump scheme was his — although there’s seemingly no evidence he was actually involved in doing any of the manipulation.

Why we care: Because it’s a rare thing — a glitzy stocks story. Also because the financial misadventures of China’s stars are attracting more and more attention — actress Fan Bingbing (范冰冰) has recently been in the headlines, accused of tax evasion.