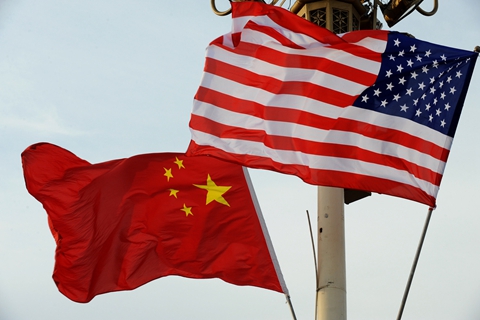 China’s sovereign wealth fund China Investment Corp. (CIC) and U.S. investment bank Goldman Sachs raised $1.5 billion for a fund designed to expand business ties between U.S. and Chinese manufacturers, against the backdrop of a trade standoff between Washington and Beijing.

CIC and Goldman Sachs said they completed the first phase of fundraising for the China-U.S. Industrial Cooperation Partnership L.P., which was launched in November during U.S. President Donald Trump’s visit to China.

The fund set out to raise as much as $5 billion to be committed to investing in U.S. companies in manufacturing, industrial, consumer and healthcare sectors that have developed or can develop China business connections.

Officials of the two countries are scheduled to start a two-day meeting in Washington Wednesday, returning to the negotiating table after a two-month standoff since U.S. Commerce Secretary Wilbur Ross met with Chinese Vice Premier Liu He in June in Beijing.

Goldman, through its Merchant Banking Division, is the sponsor and investment manager of the fund, while CIC, as an anchor investor, will not provide investment advice, according to a press release from Goldman.

“The China-U.S. fund is established by the principle of mutual benefit and cooperation,” said Tu Guangshao, vice chairman and president of CIC, at a forum in July. “The investors from China and the U.S. have binding interests.”

CIC expects to increase direct investment in the U.S. as it recently set up an office in New York, Tu said in July.

“We want to be a long-term financial investor, so (the U.S.) does not have to feel that CIC’s investment is a threat,” Tu said.

Headquartered in Beijing, CIC was founded in 2007 as a vehicle to diversify China's foreign exchange holdings and seek maximum returns with acceptable risk tolerance. CIC had $813 billion in assets at the end of 2016, making it one of the largest sovereign wealth funds in the world.

Tighter U.S. scrutiny accounted of part of the decline of Chinese investment. In the first half of this year, Chinese mergers and acquisitions in the U.S. market totaled $6 billion, a sharp drop from $40 billion two years ago, according to the London-based accounting firm PricewaterhouseCoopers (PwC).

Chinese takeovers in the U.S. have remained at a low level over the past 18 months, and as the trade war unfolds, big transactions and deals in sensitive areas will face regulatory risks, according to PwC.