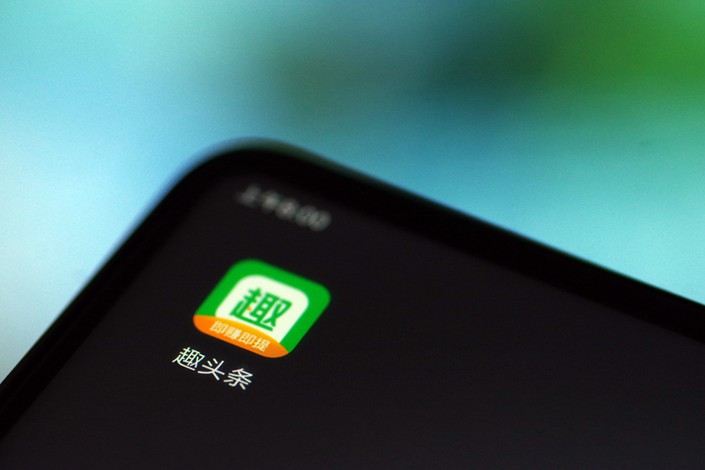 News aggregator Qutoutiao Inc. has slashed the size of its planned New York initial public offering (IPO) by nearly half, just a week after a similar though less severe downsizing by electric-car maker Nio Inc., amid tepid demand for money-losing Chinese companies.

Qutoutiao is now aiming to raise up to $165 million through its sale of American depositary shares (ADSs), according to an amended prospectus filed on Tuesday. That figure is just over half the $300 million it had originally targeted in its initial prospectus filed last month. It will offer 18.4 million ADSs and has set a price range of $7 to $9 per ADS.

The company, an affiliate of e-commerce giant JD.com Inc. and backed by Tencent Holdings Ltd., will list the ADSs on the Nasdaq stock market, it said. Underwriters include Citigroup, Deutsche Bank, China Merchants Securities and UBS.

Qutoutiao, whose name means “interesting headlines” did not comment on the reason for the significant reduction in the IPO’s size. But such reductions usually indicate tepid investor demand. Qutoutiao has lost money every year since 2016. It lost 575 million yuan ($84 million) in the first half of this year, sharply higher than its 28.7 million yuan loss for the same period of 2017.

“Since our inception, we have incurred net losses,” the company said in its amended prospectus. “We also expect our costs to increase in future periods as we continue to expand our business and operations. In addition, we expect to incur substantial costs and expenses as a result of being a public company. If we are unable to generate adequate revenues and to manage our expenses, we may continue to incur significant losses in the future and may not be able to achieve or subsequently maintain profitability.”

Founded in June 2016, Shanghai-based Qutoutiao aggregates news and short videos from professional media and freelancers and then delivers the content — curated using artificial intelligence technology — to users. In just two years, the company has developed into China’s second-largest news platform, trailing only Beijing Bytedance’s Jinritoutiao. Qutoutiao now boasts an average of 17.1 million daily active users, who spent an average of one hour each day on its mobile app, according to consultancy Analysys.

Qutoutiao’s IPO downsizing follows a similar move last week by electric-car maker Nio, which cut its fund-raising target by more than 15% to a maximum of $1.52 billion due to investor skepticism. Last year Nio lost 5 billion yuan.

Two other money-losing drugmakers have also had difficulty since their recent IPOs in Hong Kong. BeiGene Ltd. and Ascletis Pharma Inc. have made new public listings in the last two months, but both now trade below their IPO prices. Ascletis has received an especially chilly reception, with its shares now trading at 40% below their IPO price.