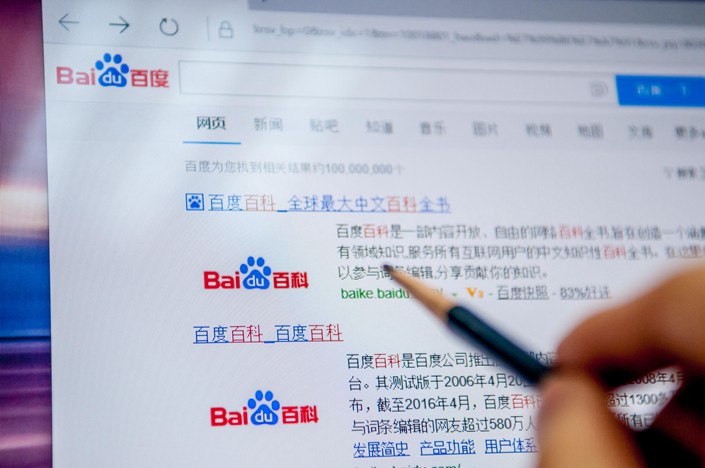 In the latest fiscal quarter ended July 31, Baidu’s revenue from online marketing was $3.18 billion, accounting for 80% of its total revenue. Photo: IC

The love-hate relationship between China's dominant search engine Baidu Inc. and profit-hungry private hospitals is again in the public eye.

Baidu issued an apology (link in Chinese) on Sunday after it was revealed that searches for public hospitals affiliated with Shanghai’s prestigious Fudan University returned results for a private hospital instead.

An exposé by the state-owned broadcaster (link in Chinese) CCTV showed that several people went to the more-expensive and less-competent “Shanghai Fuda Hospital” instead of those affiliated with Fudan.

Baidu is the search engine that most people rely on in China, where Google has been blocked since 2010. Baidu has a market share of nearly 70%, according to web traffic tracker StatCounter. The company said that it was “deeply sorry” that the names of the two hospitals had “semantic similarity” that caused misunderstanding.

Baidu has been fiercely criticized over the past two years for its weak vetting of health care advertisers, which are an important source of revenue. Many private hospitals pay to be top results for certain search terms. In the latest fiscal quarter ended July 31, Baidu’s revenue from online marketing was $3.18 billion, accounting for 80% of its total revenue.

Baidu was in the hot seat in 2016 when a misleading sponsored medical ad on the search engine led a student to choose an experimental treatment for his cancer that ultimately proved ineffective. The student eventually died after not receiving effective treatment in time.

The government has since told Baidu to stop ranking search results solely based on the amount of money advertisers pay, but the company’s search engine has continued to offer misleading results. Baidu said Sunday that it had prioritized the websites of 21,000 public hospitals and authoritative medical care institutions.

Baidu said that it has streamlined the search results for Fudan University’s medical unit, which runs 13 hospitals. It also recommended that people seeking medical treatment use “Jiandan Search,” a search engine developed by the company that features zero advertisements. Its name translates to “Simple Search” in English.