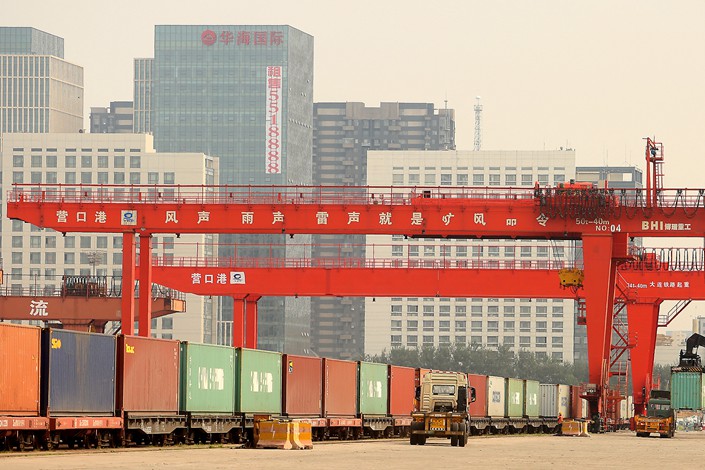 * The issue will be discussed at a meeting of the World Trade Organization’s dispute settlement body on Sept. 21

* Currently available data show that the U.S. measures have caused about $7.04 billion in damages to Chinese companies annually

(Beijing) — Beijing is seeking to impose trade sanctions worth around $7 billion on U.S. goods in retaliation for Washington’s failure to comply with a dispute ruling by the World Trade Organization (WTO) in 2017 over the methodology it uses in anti-dumping investigations.

China has filed its request for authorization to introduce the penalties, and the issue will be discussed at a meeting of the organization’s dispute settlement body on Sept. 21, documents posted Tuesday on the WTO’s website show.

The move comes amid an intensifying trade war between China and the U.S. that has seen both sides impose tariffs on each other’s exports.

China and the U.S. have been embroiled in a battle over anti-dumping duties at the WTO since 2013, when Beijing sought consultations with Washington to resolve the row. A dispute resolution panel was set up in 2014 to rule on the issue.

China’s complaint centered on certain methodologies adopted by the U.S. Department of Commerce to calculate the scale of dumping in investigations involving Chinese products as diverse as coated paper, furniture, metals and solar cells.

A panel set up by the Geneva-based trade body ruled in 2016 that some of the U.S. practices, such as the use of zeroing under the so-called weighted average-to-transaction methodology, were illegal and its findings were adopted by the dispute settlement body in 2017, which recommended that Washington “bring its measures into conformity with its obligations.”

An arbitrator assigned by the WTO gave the U.S. until Aug. 22, 2018, to comply with the decision. But in a statement issued on Aug. 27, the U.S. indicated that it was yet to fully comply and would continue to “consult with interested parties on options to address the recommendations” of the dispute settlement body.

Currently available data show that the U.S. measures have caused around $7.04 billion in damages to Chinese companies annually, China’s delegation at the WTO said in a filing published by the organization on Tuesday.

In the notification of its intention to request retaliatory action, which was dated Sunday, China noted that Washington had failed to comply with the ruling and that no compensation agreement had been reached between the two countries. Consequently, China said it was filing for authorization from the disputes settlement body to suspend its concessional trade policies benefiting the U.S. worth the equivalent of the losses it had suffered. Permission must be granted by Sept. 21, according to WTO regulations.