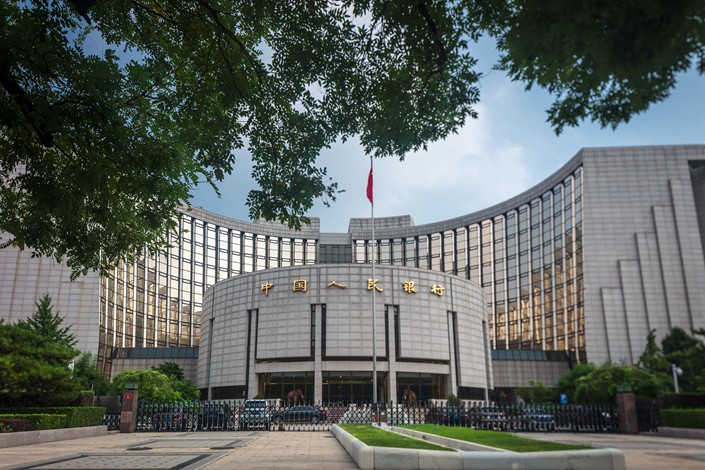 China’s beleaguered credit rating industry is set for a shake-up after a wave of bond defaults on highly rated companies and a scandal that exposed corruption at one of the country's biggest providers of corporate ratings.

Supervision over the sector, which is dominated by local firms, will be beefed up through measures that include unifying the regulation of companies that rate bonds listed on the interbank market and stock exchanges, according to a notice released by the People's Bank of China (PBOC) and China Securities Regulatory Commission (CSRC) on Tuesday.

The notice listed guidelines that the PBOC said will “promote the interconnection of the bond market and the orderly development of the credit rating industry.”

A major part of the overhaul will involve improved coordination between regulators — the PBOC, CSRC, and the National Association of Financial Market Institutional Investors (NAFMII). They will work together to formulate review and registration procedures for bond rating agencies, improve information sharing, and conduct coordinated on-the-spot checks and investigations to strengthen oversight, the notice said.

The watchdogs urged rating agencies to improve their corporate governance, prevent conflicts of interest, and ensure that their ratings evaluate credit risks “according to the principles of independence, objectivity, and fairness.”

China's bond market is the third largest in the world, worth about $11 trillion. But the firms who provide credit ratings, which are supposed to give an impartial assessment of how risky bonds and other securities are, have long been criticized for their generous rankings and failure to downgrade companies despite their precarious financial positions.

But as the government opens up the capital markets to foreign investors and ratings companies, pressure has been increasing for regulators to overhaul the ratings sector and improve standards to match those in developed markets.

Financial regulators signalled their intention to clean up the market in August when they published the results of an investigation into the business activities of Dagong Global Credit Rating Co Ltd., one of China’s five top credit rating companies, and slapped the company with a one-year ban on conducting ratings business.

Their report said the company had broken regulations by consulting for the companies it rated, had defective rating models, and had provided false information to investigators. Caixin later revealed that Dagong had been pressuring companies to buy expensive, ineffective software in return for better ratings.

More than 90% of bond issuers are rated by domestic agencies at AA or above, including some issuers which subsequently defaulted. AA, the third-highest ranking, is the minimum level many funds require before they will invest in a bond.

The interbank market, where 90% of onshore debt is traded, is regulated by NAFMII, an industry association under the PBOC. The rest is traded on China’s two stock exchanges, regulated by the CSRC.

Lax supervision and differing standards and requirements on debt issuance on the two markets have led to rampant regulatory arbitrage over the past few years. Watchdogs are now trying to encourage consistency and comparability of ratings across the two markets, according to the notice.

Agencies that already operate on the interbank or exchange markets can apply to provide ratings for the other. Regulators will set up a mechanism to allow mutual recognition of agency qualifications across the two markets. Separate agencies controlled by the same corporation are encouraged to merge, and agencies should unify the rating methodologies they use in the different markets.

Many companies have struggled to sell bonds this year amid a liquidity squeeze, a crackdown on “shadow banking” and concern that defaults are going to increase. From January to early June, 13 companies defaulted on 20 corporate bonds with a combined face value of 14.2 billion yuan, more than half the value of bonds in default over the whole of 2017, according to a report by China Central Depository & Clearing Co. Ltd., a state-owned company that provides depository and clearing services for the domestic bond market.