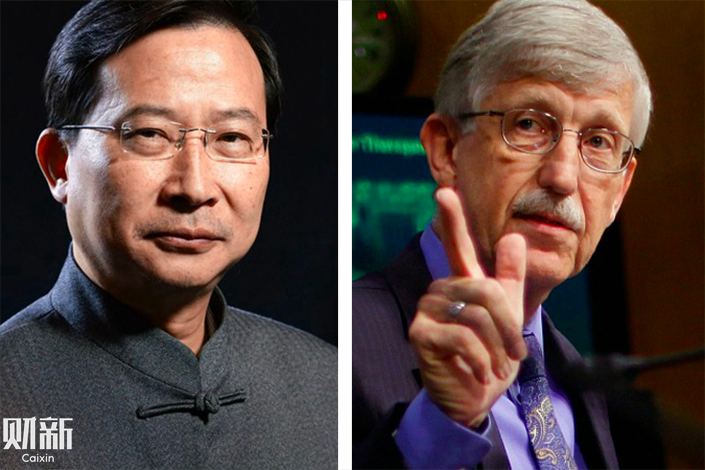 On Aug. 20, NIH Director Francis Collins sent a statement to colleagues saying that “some foreign entities have mounted systematic programs to influence NIH researchers and peer reviewers,” and that the NIH will set up an advisory committee responsible for reporting sources of research funding and monitoring intellectual property security.

Collins’ announcement of the new committee was “shocking because it is the first time when any government official has issued a statement restricting scientific collaborations in peacetime,” Peking University neuroscientist Rao Yi said in a letter to Collins, written in late August and published (link in Chinese) by Rao on a WeChat blog he helps run on Wednesday.

Rao, who was born in China but previously held U.S. citizenship, said the advisory committee was “clearly targeting China because Russia can barely fund its science, (and) Europe and Japan have not launched any new programs.”

Rao compared the political situation that had created the advisory committee to the Soviet and Nazi governments, and called for U.S. scientists to stand up to “Trumpism.” He also warned that the U.S. could be on its way toward normalizing discrimination against foreign-born researchers.

It was also disingenuous of the NIH to use intellectual property to justify its increased scrutiny of research grants, since “the vast majority of grants never lead to valuable IPs,” Rao said.

Rao had previously declined to speak to publications regarding the letter, but decided to release the document after Collins discussed it in a media interview on Tuesday, according to a WeChat post by Chinese blog The Intellectual, which Rao runs with two other academics.

Collins told biotechnology industry news portal Biocentury that the new advisory committee was not intended to target Chinese scientists. “Clearly the writer of that letter has profoundly misunderstood what actions the United States is taking,” Collins said on Tuesday.

“We have so much to gain by working together across international boundaries; we just have to be sure everybody’s playing fair,” Collins told Biocentury.

The exchange between Collins and Rao comes amid mounting U.S. suspicion of Chinese intellectual property theft and espionage.

U.S. President Donald Trump told Reuters in January that China’s alleged intellectual property theft was costing the U.S. “numbers that you haven’t even thought about,” while FBI Director Christopher Wray warned at a Senate hearing in February that China and Chinese tech companies in particular were illicitly using U.S. intellectual property and posed a threat to U.S. society.

A U.S. government investigation into China’s intellectual property and technology transfer practices concluded in March that “Chinese entities have established research centers and ‘talent bases’ in Silicon Valley” to facilitate the transfer of technology from the U.S. to China. In the same month, U.S. lawmakers accused China of attempting to influence U.S. academia through its Confucius Institutes, which offer Chinese language classes around the world.