By Wang Jiawen and Denise Jia 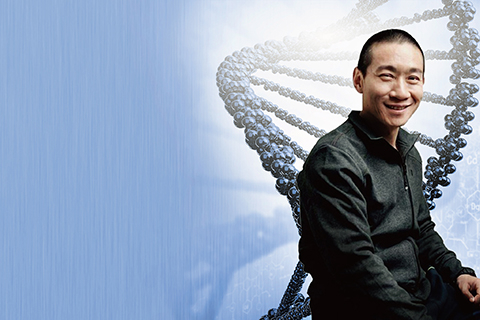 In an audio recording recently exposed by Chinese media, an associate biology professor named Han Chunyu discussed brokering thesis ghostwriting services for students, charging 7,000 yuan ($1,019) for a doctoral thesis, and 4,000 – 5,000 yuan for a master’s paper. Han is affiliated with Hebei University of Science and Technology (HEBUST) in the northern city of Shijiazhuang.

In the recording, Han also offered money in exchange for having his wife’s name added to a paper as a co-author.

This was not the first time Han, once seen as China’s next Nobel Prize winner, appeared in news headlines.

The 42-year old biologist became a celebrity in Chinese academia after publishing a paper in the scientific journal Nature Biotechnology in May 2016 claiming the discovery of a new protein that can be used for genome editing. The finding was hailed as a major breakthrough in genome studies because it offered an alternative to a widely adopted gene editing technique and promised to improve prospects for curing cancer and even reversing the aging process.

But scientists around the world later raised questions after they were unable to replicate the paper’s results. Last year, Han’s team bowed to mounting pressure and retracted the paper.

Han’s position at his university doesn’t seem to have been much affected by the incident. In an investigation posted on HEBUST’s website in August, the school said it found no “subjective fraud” by Han’s team.

But the scandal not only raised further doubts about Han’s personal academic integrity but also revealed a broader gray industry for academic fraud.

China had an underground academic paper-trading market of as much as 1 billion yuan 2009, according to Shen Yang, an associate professor of publishing science at Wuhan University School of Information Management.

Academic paper trading and ghostwriting have since become even more rampant as more Chinese university graduates go on to graduate school to gain an edge in the country’s competitive job market.

The direct consequence of such practices has been a series of retractions of Chinese papers by prestigious scientific journals.

In April 2017, the Berlin-based academic publisher Springer Nature retracted more than 100 Chinese-authored cancer-related papers published in Tumor Biology between 2012 and 2016 because authors had supplied the journal’s editors with made-up contact information of third-party reviewers.

Most of the 524 authors of the retracted works are from top medical institutions in China, according to author biographies.

Many of the fake third-party reviews were provided by ghostwriters working for otherwise legitimate editing, polishing and reviewing services.

With China’s academic reputation at stake, the central government has issued a series of guidelines to ban ghostwriting, plagiarism and data fabrication.

But without a real punishment system in place, such bans have had little effect so far. On some popular Chinese social media platforms, there are still a large number of thesis ghostwriting requests and service offerings.