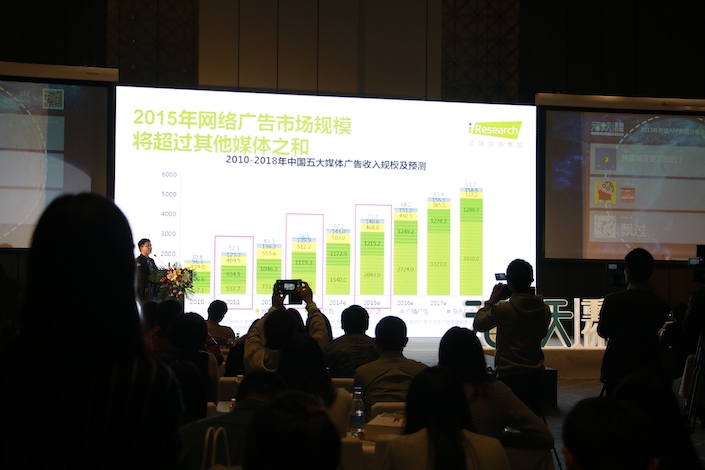 The Beijing-based consultancy Wednesday said in a statement that several company executives were “assisting authorities with an investigation” and were “unable to be reached temporarily.”

IResearch is a leading provider of data and analysis of China’s technology and internet-related sectors. Its reports on market share and business size are often widely quoted by media and market players.

IResearch’s statement came amid speculation that its top executives including Chairman Yang Weiqing and Chief Technology Officer He Xincheng have disappeared from public view.

IResearch didn’t elaborate in its statement but said it will “actively assist the investigation,” and the company’s operations remain normal.

IResearch was co-founded by Yang in 2002 with registered capital of 500,000 yuan. In 2008, iResearch was acquired by China's largest outdoor marketing company Focus Media. But a subsequent share buyback put Yang in control of the company with combined voting power of 43.76%, according to iResearch.

By the end of January, iResearch had 34 shareholders, business registration records showed. A share transfer deal in September 2016 valued the company at 1.6 billion yuan.

In the first three quarters of 2017, iResearch posted 133 million yuan of revenue and 15.08 million yuan of net profit, according to the company’s latest financial report.