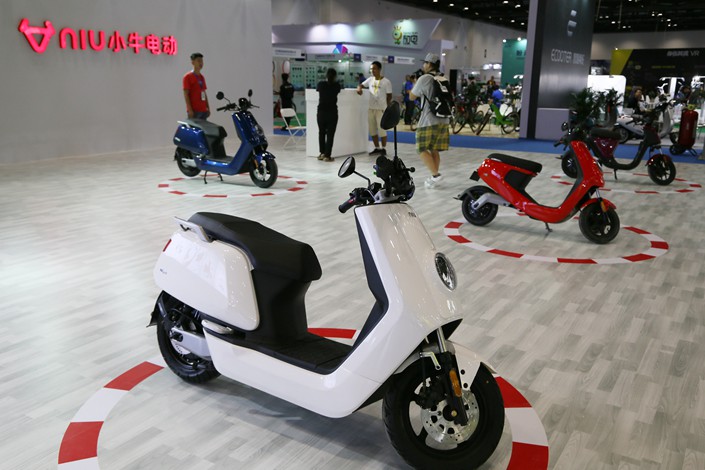 Chinese electric-scooter startup Niu Technologies Group Ltd. filed on Monday an initial public offering (IPO) application in the U.S., in which it is looking to raise as much as $150 million.

The Beijing-based company didn’t offer details such as the price range and planned listing date in the IPO prospectus it submitted to the U.S. Securities and Exchange Commission, but did say it will use the proceeds to upgrade and expand its manufacturing facilities as well as to conduct research and development. Credit Suisse and Citi Group are the joint underwriters for the deal.

Founded in 2014, Niu designs, manufactures and sells “smart” e-scooters, which can interface with a mobile application that offers real-time information about the vehicle. The feature also offers the company valuable information about drivers.

The company claims to be China’s largest manufacturer of lithium ion battery-powered scooters, with a market share of 26% and a sales network that covers 150 Chinese cities.

The prospectus cites China Insights Consultancy as saying that over half of two-wheeled vehicles sold in China in 2022 will use lithium ion batteries, up from 2.6% now.

As of June, Niu sold a total of 431,500 scooters in China, Europe and other countries. The company said it is the third-largest electric-scooter player in Europe, with a market share of 11.1%.

The most recent round of fundraising Niu made public was in early 2016, when it announced it had netted a total of $30 million from investors led by Phoenix Partners.

Li Yinan, one of the company’s co-founders, was arrested and jailed in June 2015 after being accused of insider trading. Li was released late last year and has since resigned from his role at Niu, but still remains the company’s largest shareholder with a stake of about 40%.

Niu said that moving forward, expanding overseas will be its main goal, including Southeast Asia and India, where it said demand for two-wheeled electric vehicles is growing rapidly.