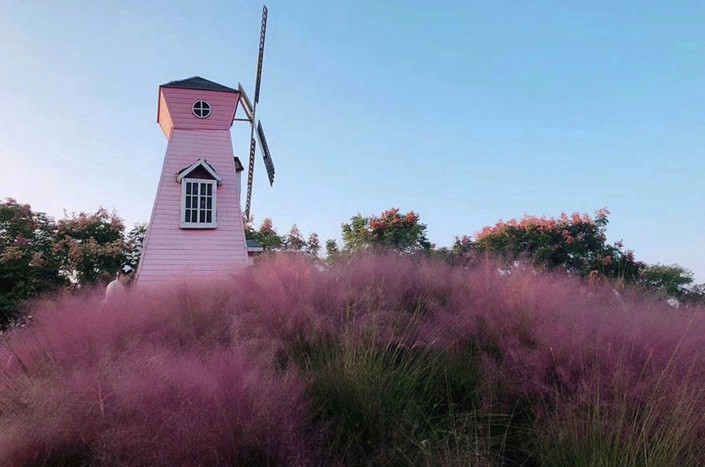 Feathery, purple-pink flowers bloom on hairawn muhly plants in a riverside park in Hangzhou, Zhejiang province on Oct. 10. This beautiful scene was short-lived, as the plants were soon trampled by selfie-seeking visitors after pictures of the flowers went viral online. Photo: VCG 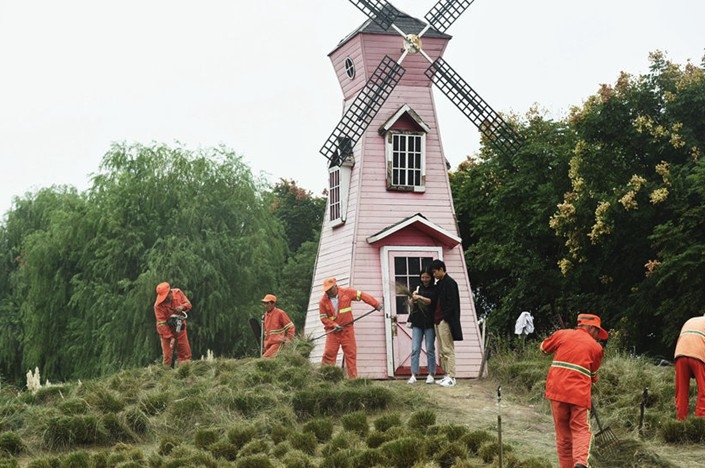 City workers cut back the hairawn muhly along the Qiangtang River. The park’s manager said that the plant should bloom for 2 months, but this was shortened to just two weeks because of trampling. The manager warned that the plants might not bloom next year. Photo: VCG 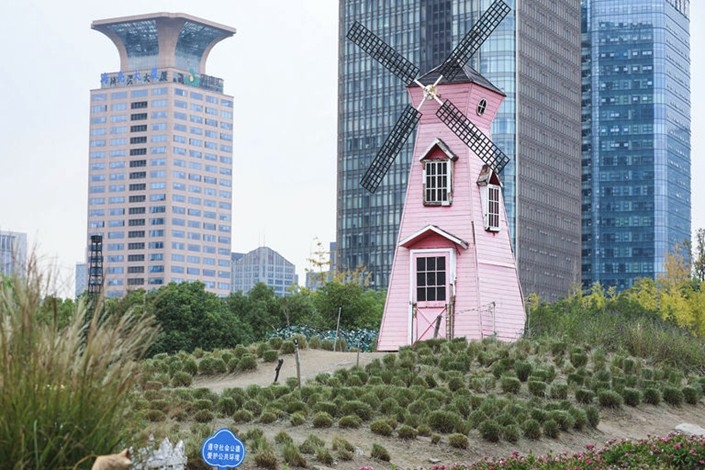 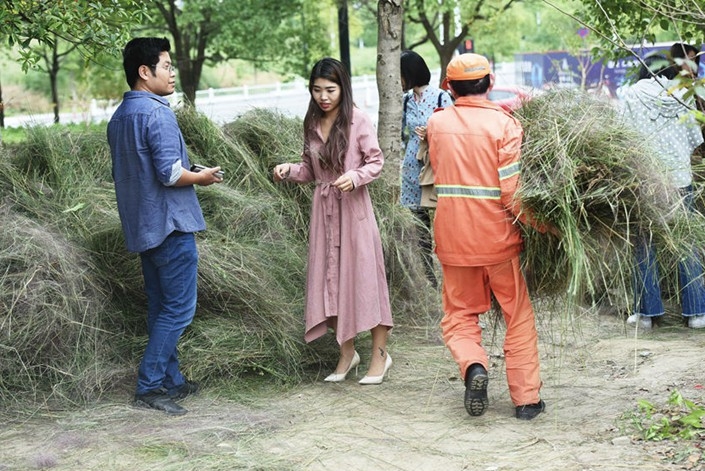 Two tourists who arrived in the park after the workers cut back the hairawn muhly pick through what’s left. Photo: VCG 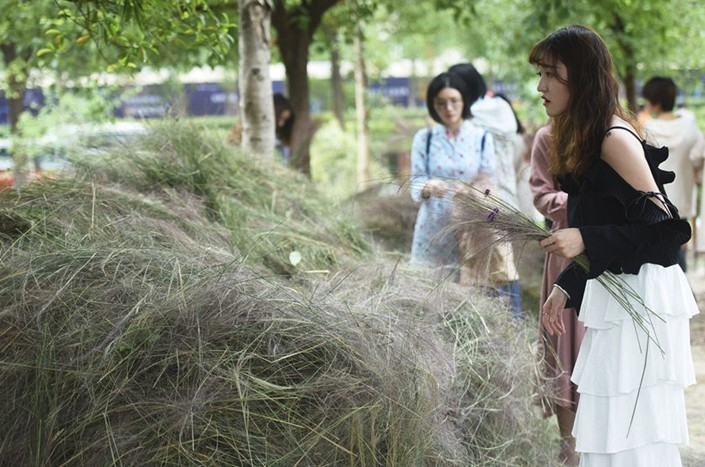 A visitor to the park selects some stalks of hairawn muhly. Photo: VCG