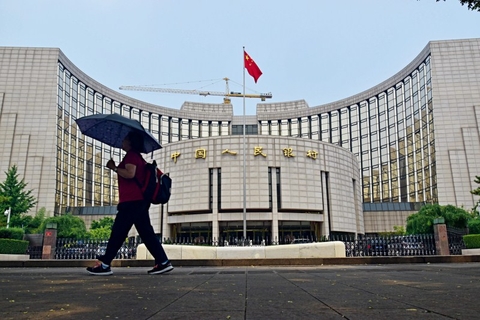 August’s Politburo meeting especially emphasized the “stability” at the core of economic work. In the meeting’s news release, the word “stability” appeared far more frequently than it did in any previous news release.

Maintaining stability has been a major task for Chinese authorities in the time since the 2015 Chinese stock market crash. During the crisis, the relevant departments formed a national team to perform a market rescue. Afterward, they encouraged private household borrowing and assisted in the clearing of housing stock. They also implemented aggressive monetary easing by encouraging the issuing of loans for “shantytown rejuvenation.” All of these policy choices were aimed at stabilizing the economy and the market. Recently, in response to violent market volatility, a series of easing policies have been introduced again, and people feel that they have returned to 2015. And at the time, maintaining stability did eventually ease the relentless domestic market sell-off, successfully suppressing volatility.

However, everything has a price. One thing that has received less attention since the bubble burst is the fact that, while market stabilization efforts have achieved significant results, market volatility had actually already fallen to a historic low. Market traders took the opportunity to trade more blue-chip stocks. The problem with this type of transaction is, as blue-chip holdings continue to consolidate, the premiums paid in order to build these holdings get higher and higher, while the number of participants to trade with decreases. In the end, the A-share market’s version of the “Nifty Fifty” recently pared many of the gains they had made in the past year. While market volatility has soared again recently, it is still far below the historical average. As liquidity falls, market volatility is likely to rise further. As the economist Hyman Minsky said, efforts to stabilize the market plant the seeds of the next phase of instability. As China has accumulated a lot of leverage in the past few years in order to combat slowing economic growth, the process of fully probing the market situation will be slow and lengthy.

Policymakers seem to be emphasizing the word “stable” in the second half of the year with a focus on the problem of short-term growth. But gross domestic product (GDP) growth has been around 6.8% this year, and investment in real estate development is outstanding. Although household consumption growth has slowed down, it still accounts for a major part of GDP growth. Although trade friction with the U.S. appears to be growing, China’s export growth is still stable, and the country’s foreign exchange reserves have increased slightly.

However, it is puzzling that while official statistics continue to show only a moderate slowdown in economic growth, authorities have already begun to signal an all-out effort in guidance issued for the public, which have conveyed a sense of urgency. For example, China’s banking regulator unintentionally revealed in a guidance on credit growth regulation that the country’s new loans rose to 1.45 trillion yuan ($209.6 billion) in July thanks to efforts to ensure sufficient liquidity for infrastructure spending. The guidance document announced the data before the central bank’s official announcement. Market traders seem to sense the familiar signs of impending easing.

We believe that continuing to focus on solving short-term growth problems is not the solution to the longer-term problems faced by the Chinese economy. Additionally, short-term stabilizing efforts may have structural costs in the long run.

An important challenge currently faced by Chinese economy is demographic change. As the population ages, China will gradually transform from a savings-oriented exporting country to a consumption-oriented importing country. Our traditional model of top-down economic management will have difficulty coping with this long-term structural shift. China should recognize that the population cycle is the most fundamental of all economic cycles.

China’s still-huge current account surplus is a reflection of huge national savings. With the aging of China’s population and the arrival of the “Lewis Turning Point” — the point at which the fall in the labor supply forces wages upward — China’s consumption habits will undergo fundamental changes. Its macro savings rate has already fallen from its previous high of nearly 50%. Historically, a high savings rate corresponded with high investment levels in the Chinese economy. In the future, population aging will bring about an increase in the consumption rate, and the savings rate, which is the reciprocal of the consumption rate, will decline. At the same time, China’s investment rate will decline further. China will gradually shift from being an economy with excess investment and excess capital to being one in which the capital supply will reach an equilibrium or even a shortage situation. China’s economy will become increasingly reliant on consumption, and will eventually depend on imports to meet the consumption needs of its residents. It may even have a persistent current account deficit.

While policies can influence the speed at which this structural shift occurs in the short term, they cannot fundamentally change structural trends. It is unwise to continue using investment to counteract downward pressure on short-term economic growth. Policies aimed at stimulating infrastructure investment are likely to crowd out other types of investment, such as manufacturing investment, because the capital supply is limited.

Although China has played down its focus on economic growth in recent years, growth remains a firm priority. Since the end of last year, as part of the government’s policy of curbing speculation, banks have implemented tighter restrictions on credit for the real estate industry. As a result, investment in real estate construction has also fallen sharply.

China was in a similar situation in 2010, when strict regulation suppressed real estate sales. Later, as regulations gradually relaxed, investment in real estate construction eventually recovered. Considering policymakers’ focus on the word “stable,” we believe that, this time, a similar recovery could occur. If so, demand for loans may increase in the coming months. When this happens, the reserve requirement ratio (RRR) will be further lowered to ease the tight capital situation of smaller banks. In the end, the growth of investment in real estate construction will partially offset the impact of slowing spending on land expenditure. This situation is broadly in line with the guiding spirit of the Politburo meeting.

Considering this, if funds wish to minimize risks, they should shift their investment from stocks to sovereign bonds. This contradicts the widely recognized view that the stock market should strengthen after a “relaxation” of monetary policy. Further fine-tuning of the policy is unlikely to reverse the trend. The central bank’s acknowledgment of economic slowdown will therefore accelerate rather than reverse current trends in asset prices.

Recent policy trends have hinted at easing as a way to cope, with subtle changes in rules seeming to imply a shift in policy fundamentals. In an oversold market like China’s, these trends, combined with the recent and prudent release of liquidity by the central bank, may technically stimulate the market’s rebound. But it will still be difficult to change the overall downward trend.

Hong Hao is the chief strategist of BOCOM International Holdings Co. Ltd. This piece has been translated from Chinese and edited for length.