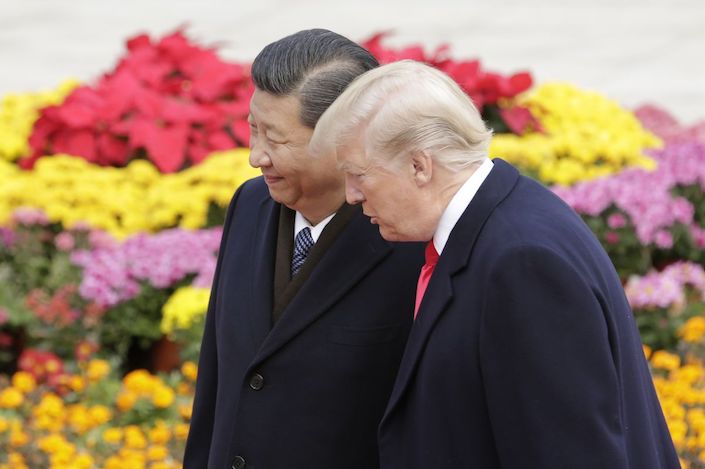 (Bloomberg) — The U.S. is preparing to announce by early December tariffs on all remaining Chinese imports if talks next month between presidents Donald Trump and Xi Jinping fail to ease the trade war, three people familiar with the matter said.

An early-December announcement of a new product list would mean the effective date — after a 60-day public comment period — may coincide with China’s Lunar New Year holiday in early February. The list would apply to the imports from the Asian nation that aren’t already covered by previous rounds of tariffs — which may be $257 billion using last year’s import figures, according to two of the people.

U.S. officials are preparing for such a scenario in case a planned Trump-Xi meeting yields no progress on the sidelines of a Group of 20 summit in Buenos Aires in November, according to two of the people, who declined to be identified to discuss internal deliberations. They cautioned that final decisions had not been made.

Trump, in an interview with Fox News late Monday, said "I think we will make a great deal with China, and it has to be great because they’ve drained our country."

Any further broadening of tariffs would show the Trump administration’s determination to escalate its trade war with China even as companies complain about the rising costs of tariffs and financial markets continue to be nervous about the global economic fallout.

Stocks erased gains partly on concern about an escalating trade war between the world’s two largest economies. The S&P 500 Index fell as much as 2.1% before paring the drop and ending the day down 0.7%.

What our economists say...

"Levies on such a wide range of goods would deal a tangible blow to China’s growth," said Tom Orlik and Chang Shu.

Bloomberg Economics estimates that the drag on 2019 GDP growth could be about 1.5 percentage points assuming a tariff rate of 25% on all Chinese imports. Still, multiple factors make such a drop unlikely, including prospects the U.S. might not go so far and China’s various options to sustain growth.

White House Press Secretary Sarah Huckabee Sanders declined to give specifics when asked about the importance of the meeting. “I’m not going to get ahead of the conversation,” she said in Monday’s press briefing. “You have two of the most powerful leaders in the world. I think that’s consequential no matter how you look at it and we’ll see what happens when they sit down.”

The U.S. this year has already imposed tariffs on $250 billion in trade with China. Ten-percent tariffs on $200 billion in imports that took effect in September are due to increase to 25% on Jan. 1. Trump has also threatened to impose tariffs on the remaining goods imports from China, which last year were worth $505 billion.

As another option, the White House is also considering excluding trade from the meeting agenda but it is unlikely to cancel it altogether, according to two people familiar with the matter.

“We are in the middle of a pretty nasty dispute. We’re in a trade dispute —I want to use that word because it’s a nice, soft word — but we’re going to win,” Trump said on Saturday at an event in Indiana. “You know why? ‘Cause we always win.”