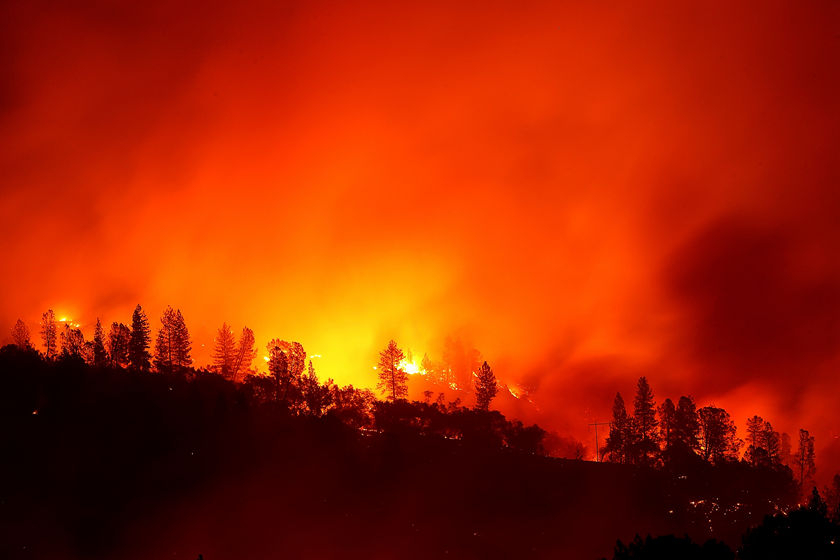 The Camp Fire, the deadliest wildfire in state history, burns in hills near Oroville, California on Nov. 11. Fueled by high winds and low humidity the Camp Fire ripped through the town of Paradise, charring over 105,000 acres, killing at least 42 people and destroying over 7,000 structures. Photo: VCG 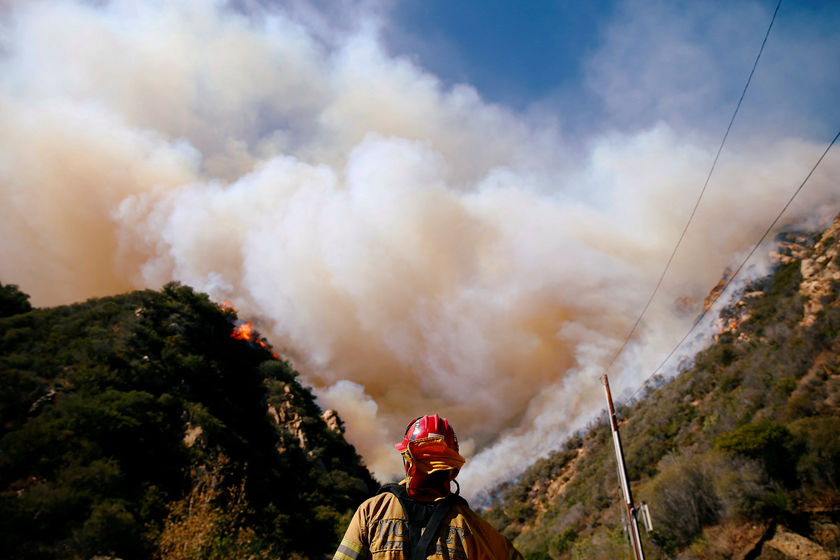 Firefighters battle the Woolsey Fire as it continues to burn in Malibu, California on Nov. 11. The fire has burned over 90,000 acres and killed two people. Photo: VCG 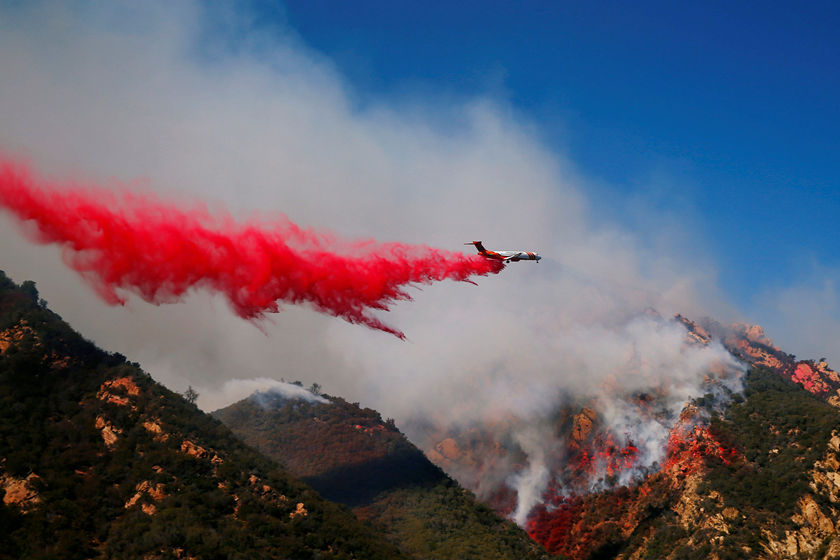 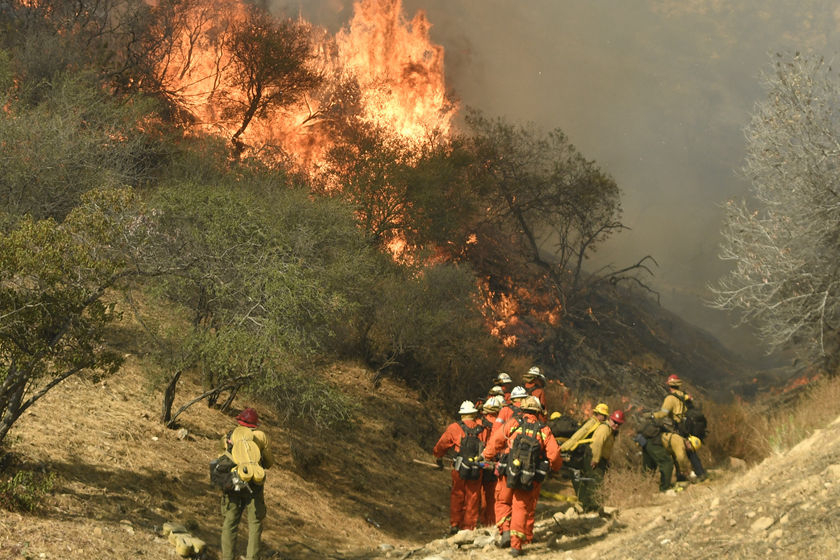 Fire crews work fast to save homes from the Woolsey Fire on Nov. 11. Photo: VCG 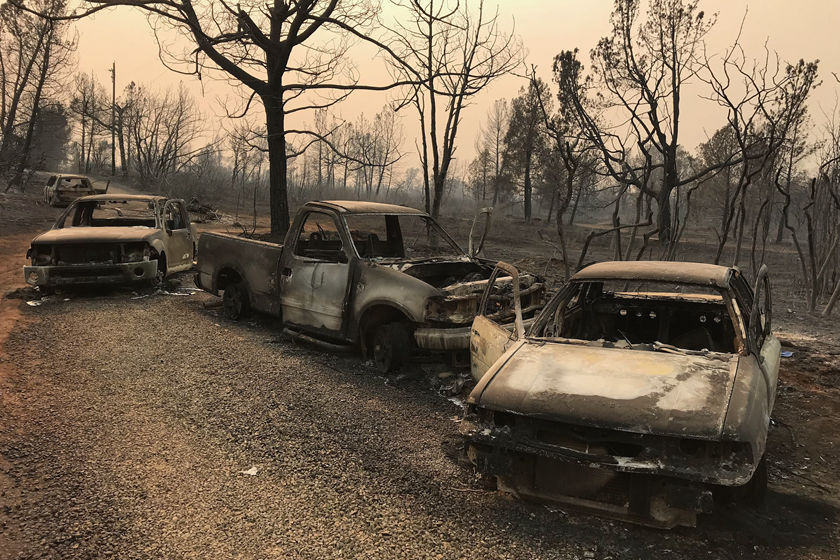 The vehicles of five people who died in their cars fleeing the Camp Fire are seen at the end of Edgewood Lane in Paradise, California on Nov. 11. Photo: VCG