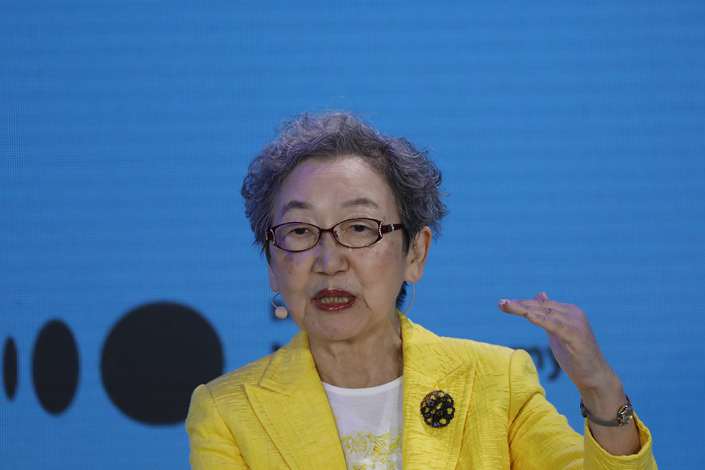 During Japanese Prime Minister Shinzo Abe’s visit to Beijing in late October, Japan ended its official development assistance to China — which had lasted for nearly four decades — making way for the two to cooperate in third-party markets. Meanwhile, multiple entities from each side signed over $18 billion worth of agreements targeting such cooperation, some of which involve infrastructure projects.

China and Japan should reach a consensus on “evaluation methodology” — how to evaluate whether a particular project can be funded — said Kawaguchi, currently a visiting professor at the Japan-based Musashino Institute for Global Affairs.

Currently, developing countries have many debt problems. China’s cooperation with developed countries in third-party markets, along with its ambitious Belt and Road global infrastructure initiative, have added to concerns that recipient countries could find themselves further mired in debt.

Beijing has seen a backlash against its lending in countries that include Malaysia, the Maldives, and Pakistan this year due to the hefty burdens with which these countries could be saddled.

‘Give a fishing rod rather than fish’

China and Japan can complement each other during cooperation in third-party markets, as they have different methods and advantages, Kawaguchi said.

With a long track record of assisting developing countries, Japan’s methodology is to “give a fishing rod rather than fish,” while China has some networks that Japan doesn’t have, she added.

Another often-discussed topic about infrastructure projects in developing countries is environmental protection.

Japanese companies need to talk with their Chinese partners on this issue, suggested Kawaguchi, who is also a former environment minister. If a Japanese firm did something that would damage the environment of a recipient country and damage Japan’s reputation, it would face strong criticism from domestic public opinion, she said.

China and Japan, Asia’s two largest economies, have seen their relationship improving this year, which marked the 40th anniversary of the signing of their peace and friendship treaty — despite the historical enmity between the two neighbors that still lingers among some.

Abe’s trip to Beijing, and the May visit of Chinese Premier Li Keqiang to Tokyo, marked the first high-level exchanges between the two countries in nearly seven years.

Learning about each other and what should be changed is a long process, but it’s a worthwhile one, Kawaguchi said.