Don’t Expect ‘Made in China 2025’ to Drive Innovation, Economist Says 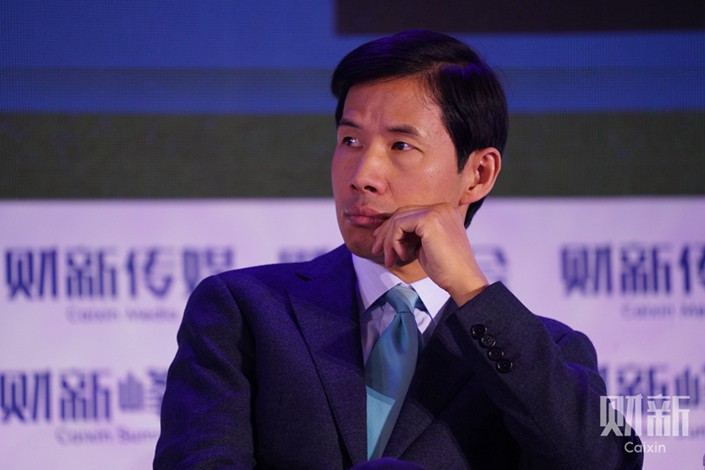 Innovation cannot rely on official documents, leadership instructions or grand plans such as “Made in China 2025,” renowned Chinese economist Fred Hu said at the 9th Caixin Summit in Beijing on Monday.

“If innovation could rely on plans or instructions under the government’s ‘visible hand,’ the Soviet Union would have been the world’s leading innovation power,” he said.

The remarks by Hu come as the Made in China 2025 plan, which aims to upgrade the economy to produce more advanced technologies, has raised concerns in Washington that Beijing may offer preferential policies to domestic industries, putting foreign companies at a disadvantage.

Due to such concerns, along with U.S. accusations of forced technology transfers and intellectual property theft, the world’s two largest economies have been mired in a tit-for-tat tariff war over the past months.

Innovation is the most critical factor for the high-quality economic growth that China is pursuing, Hu said, current chairman of investment firm Primavera Capital Group and former chairman of Greater China at Goldman Sachs.

In recent years, China has narrowed the gap with developed economies in the field of science and technology. However, its overall technology and innovation capacity still lags behind, as the ratio of spending on research and development (R&D) to gross domestic product (GDP) is lower than those of the U.S., Europe or Japan, Hu said. Its large quantity of low-quality or low-commercial-value patents doesn’t help much either.

Notably, government-backed universities and research institutions, along with state-owned enterprises, dominate China’s R&D spending. Official R&D support for the private sector is limited, he added. In addition, the proportion of patent income to China’s GDP is negligible, as few foreign and domestic firms license the technologies covered by these patents.

China should create a good environment for innovation by allowing free competition and reducing unnecessary regulation, Hu suggested. However, with a deep-rooted planned-economy mindset, some policymakers and regulators have become used to “managing the economy and the markets” and are “very fearful of market volatility.”

These policymakers ignore the most basic facts — many economic imbalances have been caused by imprudent economic and financial policies, or unreasonable industrial planning policies, he said. China’s fiscal stimulus from 2008 to 2010, for instance, has led to high leverage, excessive investment and overcapacity, along with asset price bubbles in the property and stock markets.

Without the painful but necessary costs of destructive restructuring, reorganization or even bankruptcy, it’s impossible for the market to be creative and efficient, Hu said.