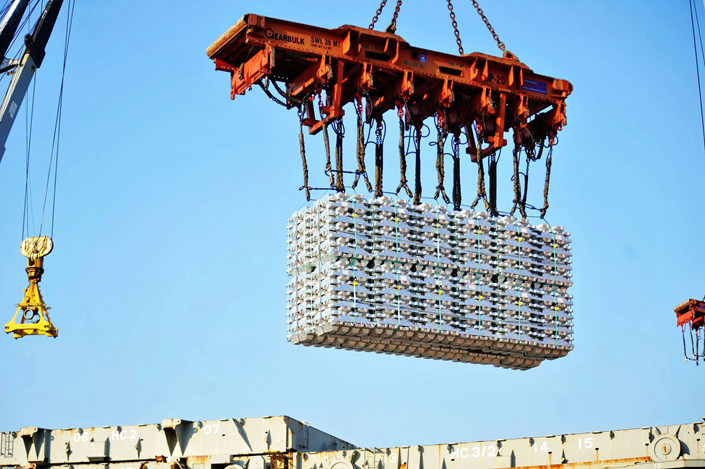 *The project, which follows a $20 billion loan to Guinea from China, is expected to last 27 years and make $69 million in annual profits

The company has agreed to build a refinery to make alumina, the main ingredient used in aluminum, over the next 30 months in a special economic zone near the coastal town of Boffa, it said in a filing (link in Chinese) with the Shenzhen Stock Exchange this week. The plant will refine alumina from locally sourced bauxite, which can then be smelted into aluminum, a metal used in a wide range of products from food cans to car parts.

The company expects the plant to have sufficient bauxite for 27 years of production, and anticipates the project will bring in an annual profit of $69 million. The filing said $240 million of the project’s funding will come from the company’s own coffers, with the rest to come through unspecified bank loans and financial leasing.

“The Guinea project will ensure sufficient alumina supplies to our company, while at the same time, any surplus we don’t need for our own aluminum smelting we would sell to other consumers not only in China but also to buyers in Central Asia and the Middle East,” a company official was quoted as saying by industry platform Mysteel Global.

Guinea has the world’s richest reserves of bauxite, but political instability has prevented it from exploiting the resource’s full potential. China, the world’s biggest producer of aluminum, has become increasingly interested in helping to exploit the resource in recent years. In September 2017 the Guinean government announced it had agreed to a $20 billion loan from China that came in exchange for bauxite refining concessions, Reuters reported.

In May Aluminum Corp. of China (Chalco), the Shanghai-listed arm of state-owned metal giant Chinalco, announced plans to invest $164 million in a roughly $800 million project in Boffa, the same area as Joinworld’s planned refinery. It was reported earlier this month that Cosco Shipping Corp. is in discussions with shipyards over building 25 large ships to transport bauxite from the West African country to China.

The rush to develop bauxite and alumina supplies comes as China’s domestic industry faces substantial pressure from tougher environmental regulations and rising pressure to cut excess capacity. The industry is considered a highly polluting one due to its big use of energy, and creation of heavily polluting waste. The domestic industry’s profit fell 45.2% year-on-year to 25.59 billion yuan ($3.69 billion) from January to September, in part as producers were forced to install more environmentally friendly technology, according to government data.