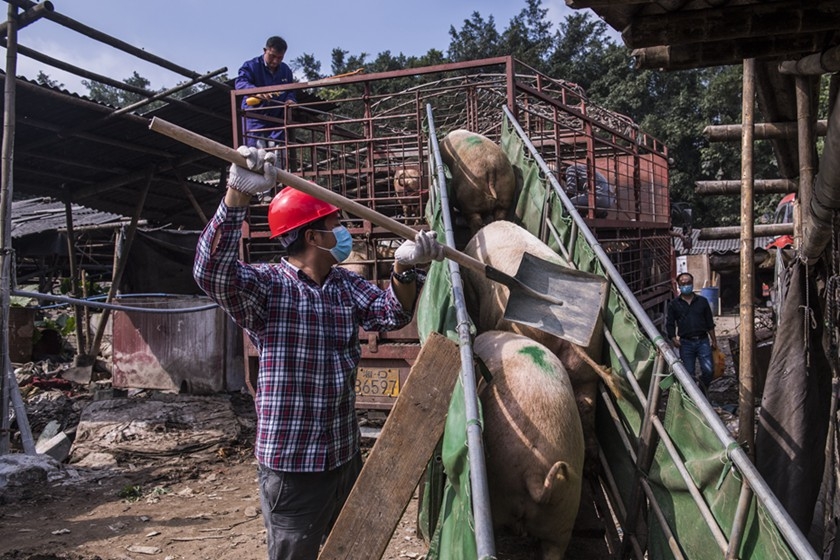 Using a shovel, a worker guides pigs onto the back of a truck at an unlicensed hog farm broken up by officials in the Huangpu district of Guangzhou on Dec. 6. Photo: VCG 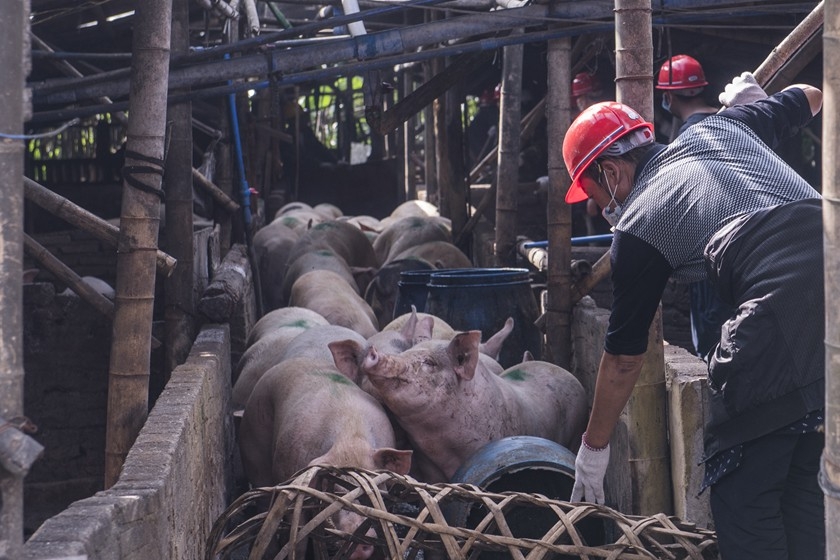 Workers corral pigs at the farm. Nearby residents reported being disturbed by the stench. Photo: VCG 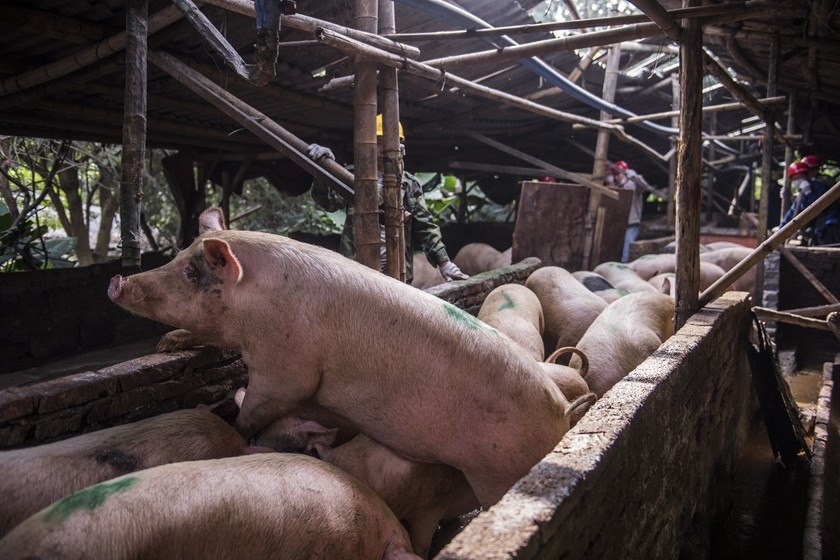 Hogs were crammed into small, unhygienic sheds at the illegal piggery, situated next to Fenghuangshan Park in Guangzhou. Photo: VCG 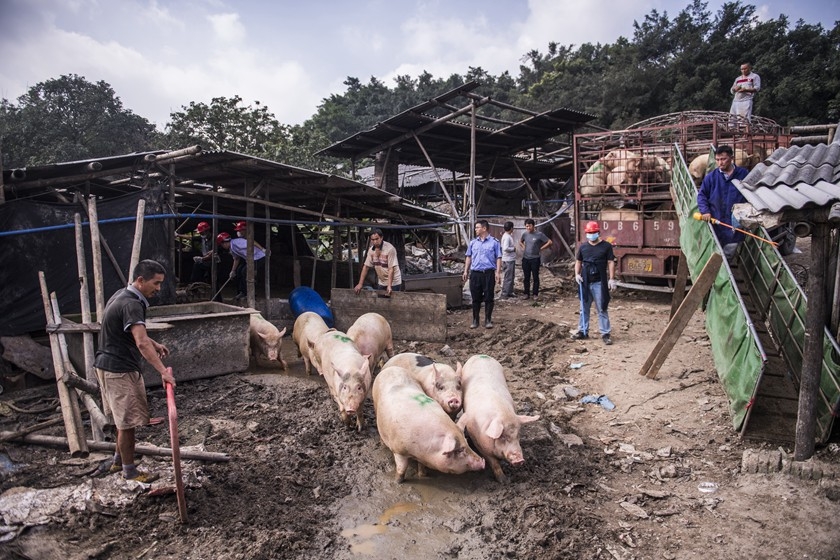 After passing quarantine, nearly 2,000 pigs were acquired by a local meat-processing factory and sent to the slaughterhouse. Photo: VCG 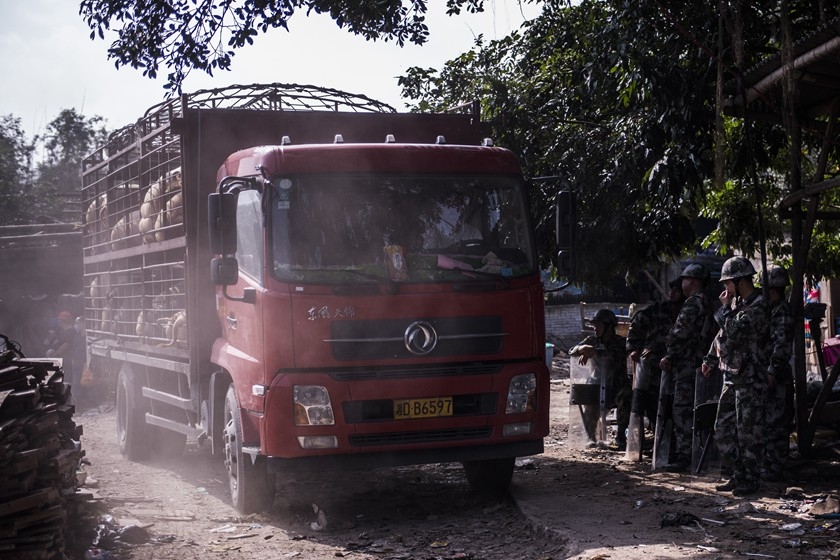 The hogs are carried away by truck. Photo: VCG