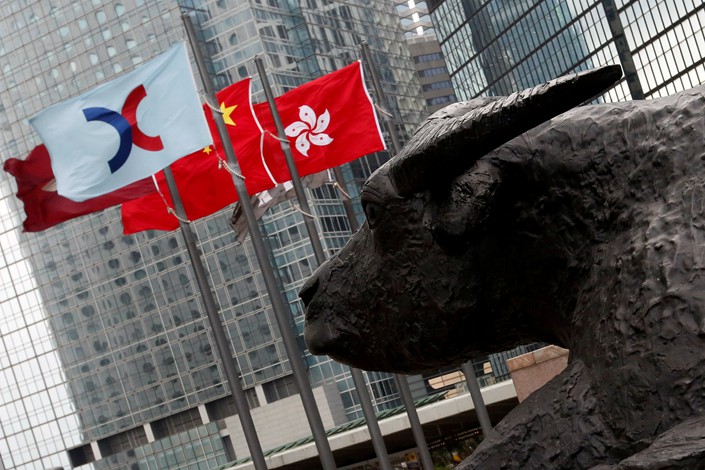 Mainland investors will be allowed to invest money in dual-structure companies listed on the Hong Kong stock market exchange via the Stock Connect program. Photo: VCG

*Mainland investors bought and sold a total of HK$2.65 trillion in shares this year to Nov. 15 — around 11% of the transaction value of the entire Hong Kong stock market

(Beijing) — Mainland investors will finally get the chance to buy shares in two of China's top technology companies next year after Chinese mainland and Hong Kong regulators agreed to include firms with a dual-class share structure in the Stock Connect programs.

Smartphone-maker Xiaomi Corp. and online delivery and group buying website Meituan Dianping have so far been out of reach of Chinese investors trading stocks through the Shanghai-Hong Kong and Shenzhen-Hong Kong Connect channels, because mainland regulators banned such companies from the program due to the different voting rights carried by separate classes of shares.

But after months of talks, the Shanghai, Shenzhen and Hong Kong bourses announced on Sunday that they had reached an agreement to allow trading and would work on formulating relevant regulations and procedures with a view to implementing them in mid-2019. The Stock Connect programs are the only direct way Chinese investors can trade equities listed in Hong Kong.

The move aims to “further enhance the mutual market access program between Mainland China and Hong Kong and promote the coordinated development of the Mainland and Hong Kong capital markets,” Hong Kong Exchanges and Clearing Ltd. (HKEx), which operates the city's bourse, said in a statement.

HKEx announced new rules on April 30 that would allow companies with dual-class shares to list on its bourse, a change intended to attract large Chinese technology companies who often choose this structure because it gives their founders superior voting rights, allowing them to maintain their influence over the business after they go public. HKEx's chief executive, Charles Li, said in August that nearly 20 companies with weighted voting rights had expressed interest in listing in Hong Kong

In July, China's regulators said companies with different voting structures would be excluded from the two Stock Connect programs because many investors lacked a proper understanding of such arrangements and the risks involved. But after discussions, the three bourses agreed HKEx would start Special Stability Trading Periods for weighted voting rights companies ahead of their possible inclusion in the program and would work with the mainland stock exchanges to formulate relevant rules.

Sunday's news failed to cheer shares in Xiaomi and Meituan Dianping on Monday, as investors focused on the intensifying trade dispute between China and the U.S., the potential fallout from the arrest in Canada of Meng Wanzhou, the chief financial officer of Chinese telecoms group Huawei, and slowing Chinese economic growth.

This year, mainland investors have bought and sold a total of HK$2.65 trillion worth of shares as of Nov. 15, according to HKEx, around 11% of the total transaction value of the entire Hong Kong stock market.