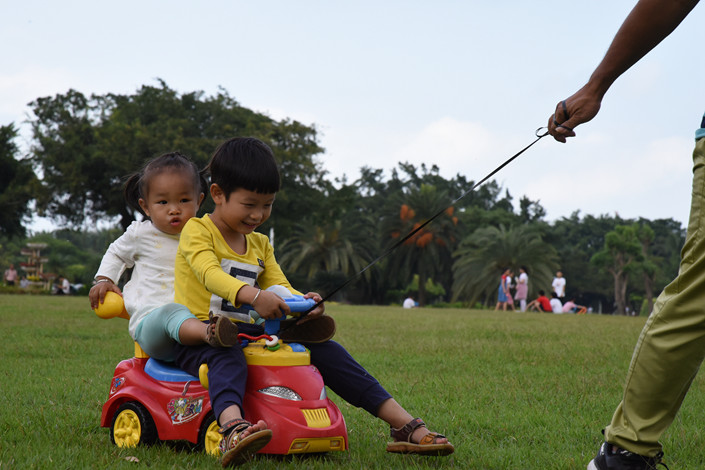 Signs are mounting that rapidly aging China has had a year of disappointing birth rates, ahead of the expected release of official national figures next month.

Officials in Qingdao, a major seaport in eastern China, said births in the city from January to November this year were down 21.1% from last year, in a recent statement (link in Chinese) on the city’s website. Births of second children in particular fell significantly and were down 29.0%, even though the country ended its restrictive one-child policy nearly three years ago.

Meanwhile, Zhejiang province, one of the country’s wealthiest provinces and home to 54 million people, saw its birth rates return to pre-two-child-policy levels in the first nine months of 2018, the provincial party newspaper reported (link in Chinese) last week.

One of Beijing’s largest maternity hospitals, the Beijing Obstetrics and Gynecology Hospital, expects the number of births it attends to this year to reach around 14,000, down from 15,203 last year, the Beijing Morning Post reported (link in Chinese) Wednesday.

China’s National Bureau of Statistics is expected to release official birth figures in January. But taken together, these early regional figures suggest China could be seeing this year a repeat of 2017, which saw a decline in the number of babies born in the country.

In 2016, immediately after China abolished its decades-old one-child policy in favor of a rule allowing all married couples to have two children, the country experienced a mini baby boom. But even then, the number of babies born in 2016 — 17.86 million — fell short of the official prediction of 18 million newborns.

Beijing Obstetrics and Gynecology Hospital told the Beijing Morning Post that it’s anticipating another mini boom next year, which according to the Chinese zodiac is the Year of the Pig, an auspicious year for births.

But falling fertility will remain a major challenge for the country’s policymakers, and the two-child policy may not be enough to halt the plunge in fertility rates, wrote Liang Jianzhang, a professor at Peking University’s Guanghua School of Management, and Huang Wenzheng, a demographer at Johns Hopkins University, in a commentary published by Caixin in 2016.

“Low fertility rates are a well-documented side effect of rapid economic development,” Liang and Huang wrote. But China also faces other pressures, including a shrinking population of women of childbearing age, and a lower desire to have large families among its younger adults, they said.

Calls have grown louder in recent months for China to completely lift restrictions on the number of births in each family, and the renaming of central family planning government departments in September has prompted speculation that it could be moving toward doing so.