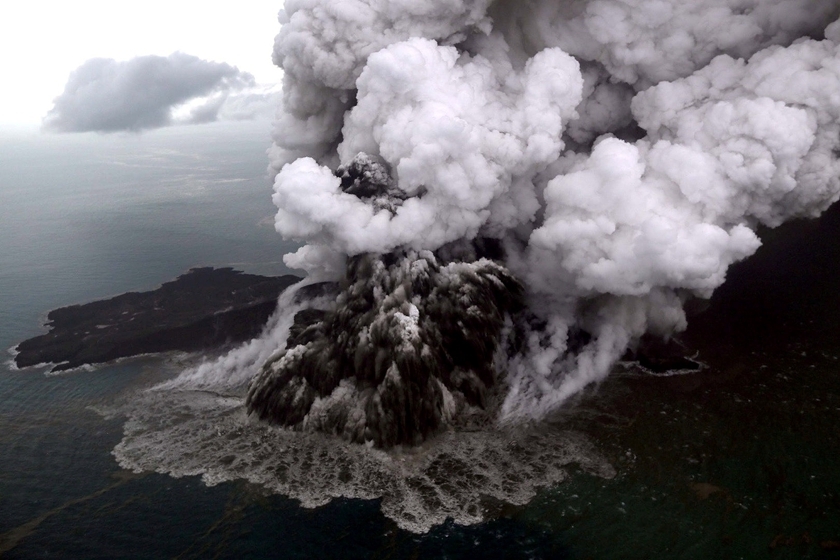 Indonesia’s Anak Krakatau volcano smolders on Monday, two days after an eruption on the island. Scientists believe the eruption triggered a landslide and subsequent tsunami that hit the nearby main Indonesian islands of Java and Sumatra, killing at least 280 people, Reuters reported. As of 6:15 a.m. Greenwich Mean Time on Monday, more than 1,000 people were injured and nearly 12,000 people were displaced, according to The Guardian newspaper. Photo: VCG 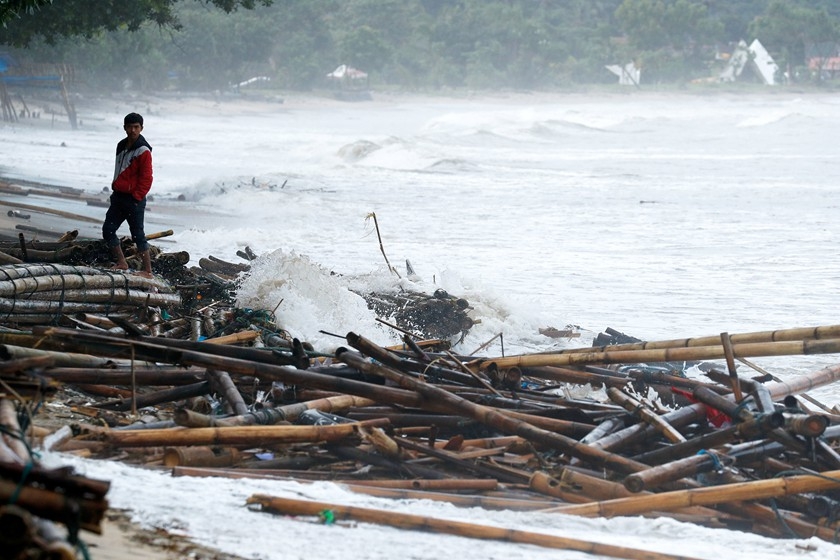 Wreckage from Saturday’s tsunami in Indonesia is seen in Carita Beach, a tourism spot west of Jakarta, in Pandeglang, Banten province, on Monday. Photo: VCG 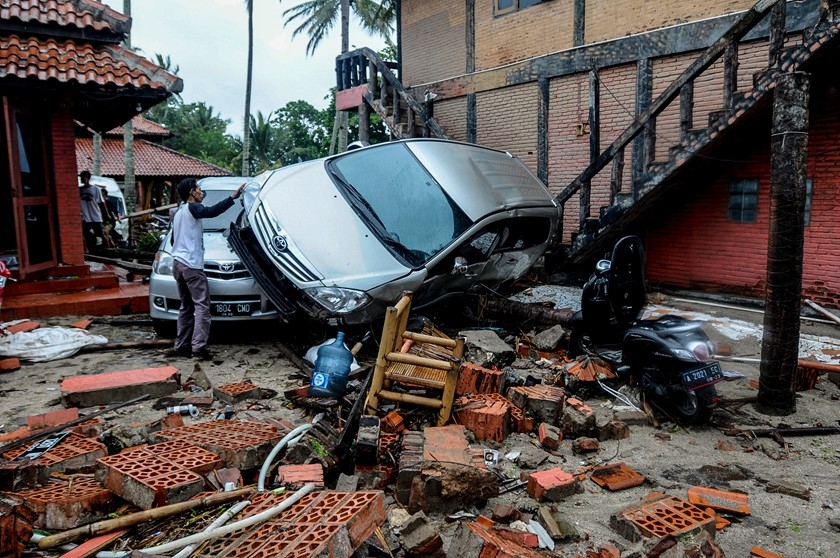 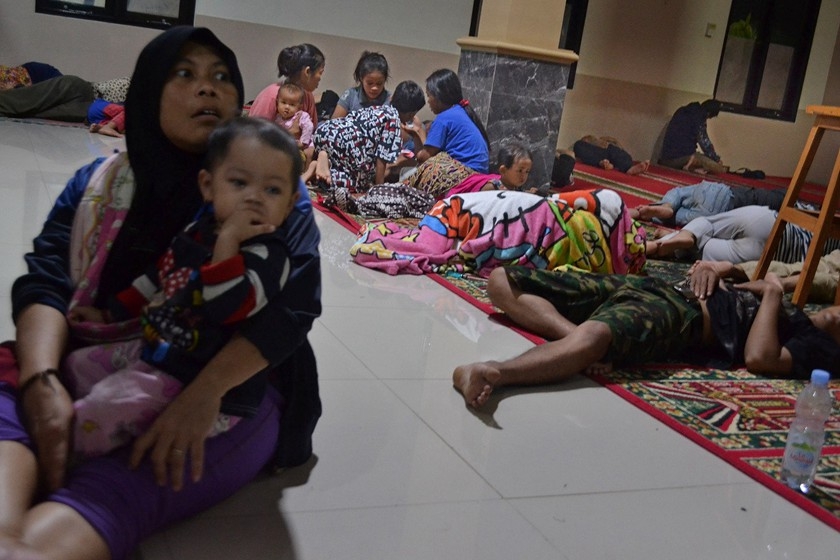 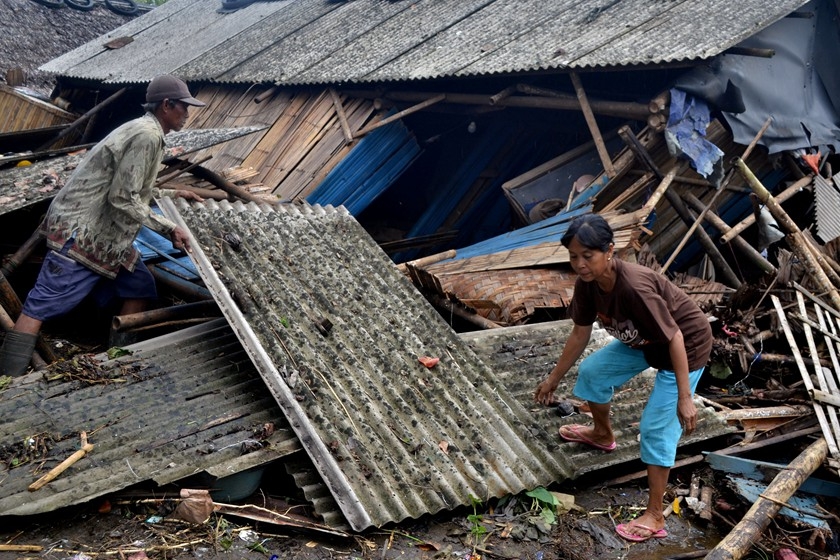 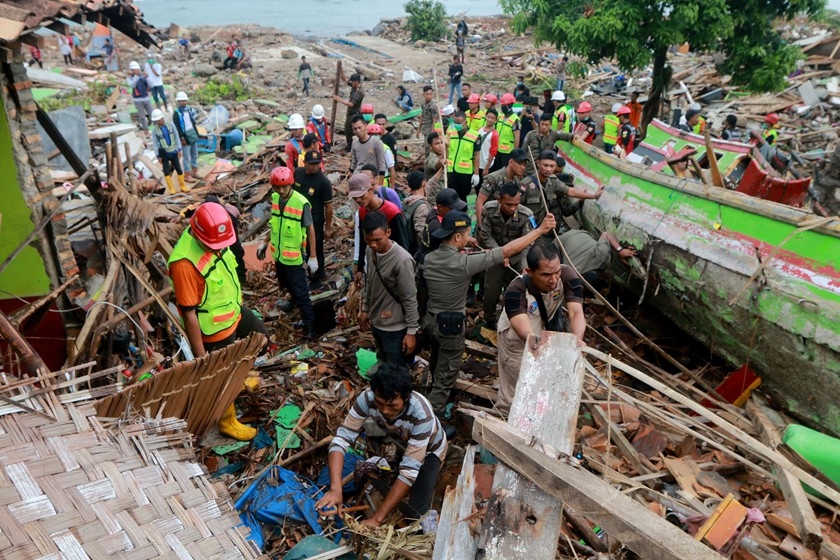 Rescuers search for survivors along the coastline of South Sumatra province on Sunday, one day after the tsunami. Photo: VCG