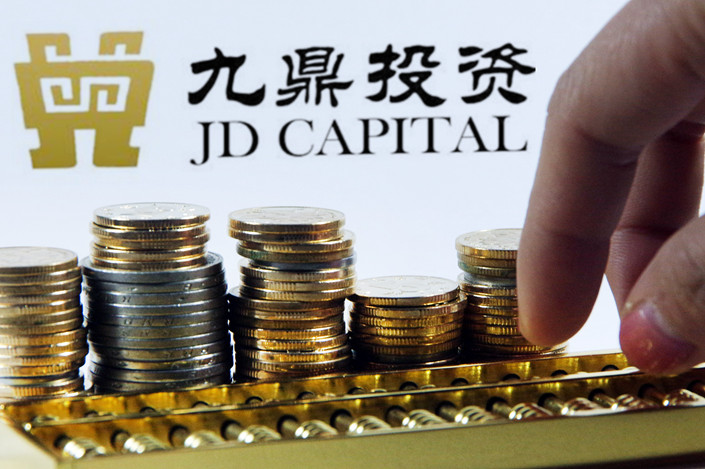 A formerly highflying Chinese private-equity firm that attracted attention for its debt-fueled expansion has now gone into reverse, offloading another major asset to ease a liquidity crunch.

The private equity arm of Jiuding Group said it will sell its FTLife Insurance Co. Ltd. to a subsidiary of Hong Kong-listed New World Development Co. for HK$21.5 billion ($2.75 billion), according to a Thursday statement from the Beijing-based company whose formal name is Tongchuangjiuding Investment Management Group Co. Ltd. It said it was taking the step to “reduce the company’s debt-to-asset ratio and financial expenses.”

The deal marked the latest offloading of one of Jiuding’s core assets to meet its liquidity needs. Jiuding bought FTLife in 2016 for HK$15.5 billion, meaning it will pocket a profit of HK$6 billion if the deal is completed. If it uses half the proceeds from the sale to repay debt, its debt-to-asset ratio will drop to about 28% from 73.9% at the end of September, the firm said.

Once the most valuable firm on China’s over-the-counter-style National Equity Exchanges and Quotations (NEEQ) board, with a market capitalization over 100 billion yuan ($14.5 billion), Jiuding is among a group of Chinese companies that went on debt-fueled buying binges during the country’s days of heady growth. But with the economy slowing and Beijing worried about high debt levels, many of those, such as the higher-profile Wanda Group and HNA Group, are being forced to sell off assets.

Like many of its debt-heavy peers, Jiuding’s private equity arm has been under the spotlight for much of this year over its rapid expansion. It burst into headlines in late March, when it came under investigation for possible violations of securities laws in a case that has yet to reach a conclusion. The investigation triggered a sharp drop in its share price, reducing its value to just 13.2 billion yuan, or one-eighth the level of its height.

The cash deal to sell Jiuding’s latest asset was signed on Thursday, and is expected to close within 18 months, the buyer, New World Development, said in filing to the Hong Kong Stock Exchange. The sale must still be approved by regulators in Hong Kong and Bermuda, it added.

Acting under pressure from the Hong Kong securities regulator, Jiuding had previously planned to sell 20% to 40% of Hong Kong-based FTLife back in April for HK$15 billion. But that deal never reached fruition.

During its rise, the Jiuding unit aggressively sought quick returns by investing in firms before their initial public offerings (IPOs) and then swiftly exiting after the IPOs. It also bought a wide range of mostly financial assets in areas like securities, insurance and mutual funds. It attracted 10 billion yuan from investors who thought they were helping to fund its buying binge, but that money ultimately was used to repay loans to financial institutions, sources told Caixin.