By Zhang Zizhu and Liu Jiefei 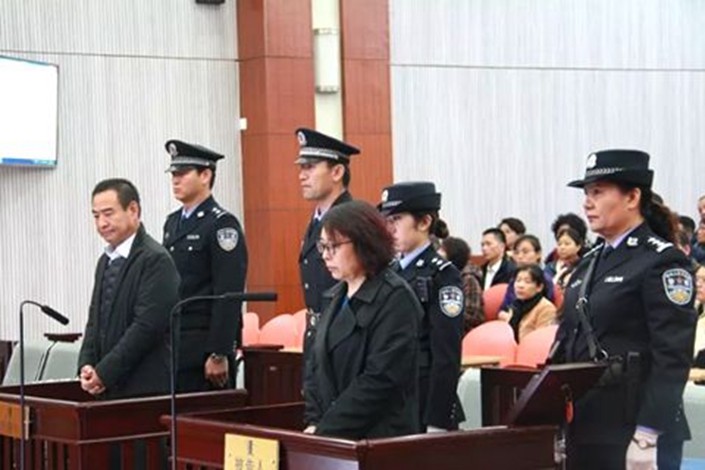 Chen Wenku, a former official from Inner Mongolia, had a bathroom that put the most high-tech heated toilet seat to shame. Chen’s had a fingerprint lock — and inside, the equivalent of nearly $6 million in cash.

The bathroom itself was hidden behind a wardrobe. It took five machines an “entire night” to count the money, which was held in various currencies including Chinese yuan, U.S. dollars and euros, China’s graft watchdog said on Saturday.

Chen, 58, was born in North China’s Hebei province and became an official in Wuhai, the Inner Mongolia autonomous region in 1982, before gradually working his way up the city’s ranks. Chen ended his career as a standing committee member of the Communist Party of China (CPC) Municipal Committee of Wuhai and director of the city’s CPC United Front Work Department.

According to the Chinese Commission for Discipline Inspection (link in Chinese), he was investigated last year and expelled from the party and removed from public office (link in Chinese) for taking bribes, owning a massive quantity of assets that he couldn’t account for, and for unlawful firearm possession. The watchdog said nearly 40 million yuan ($5.82 million) had been found in Chen’s house but did not put a figure on his total alleged graft.

Chen went on trial at the Alxa League Intermediate People's Court on Nov. 29. No final verdict has been announced.

This isn’t the first time corruption investigators have had to employ cash counters. When Wei Pengyuan, a senior official in the National Energy Administration’s coal department, was investigated for bribery in April 2014, a record 200 million yuan in cash was seized at his residence in Beijing. It took five cash counters 14 hours to tally, state media reported then. It was further claimed one broke from overuse.

Since President Xi Jinping come to power in 2012 and kicked off his anti-corruption campaign, at least 120 high-ranking officials have been accused of taking bribes worth around 7.7 billion yuan in total, according to Caixin’s calculations based on public reports.