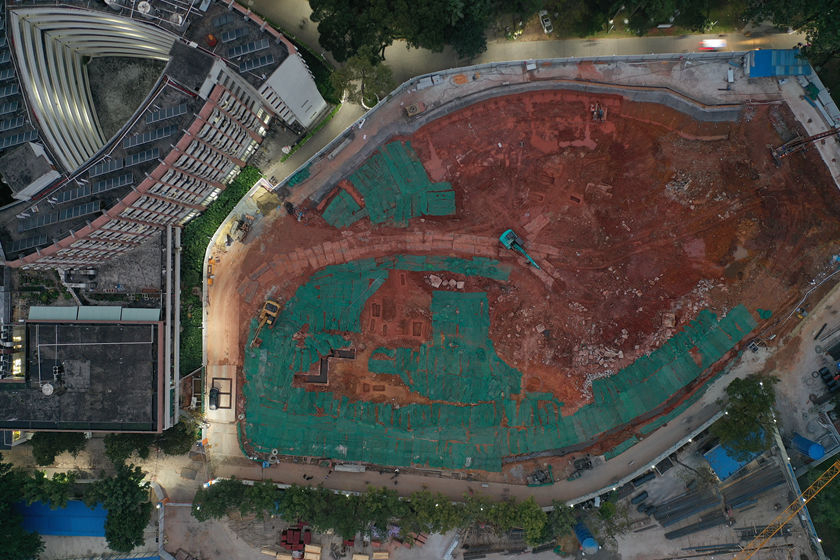 Several ancient tombs were discovered under a construction site near a dining hall in Sun Yat-sen University’s campus in Guangzhou on Jan. 6. The oldest is thought to date to the Eastern Han dynasty (A.D. 25-220). Authorities have cordoned off the area to investigate and preserve the relics there. Photo: VCG 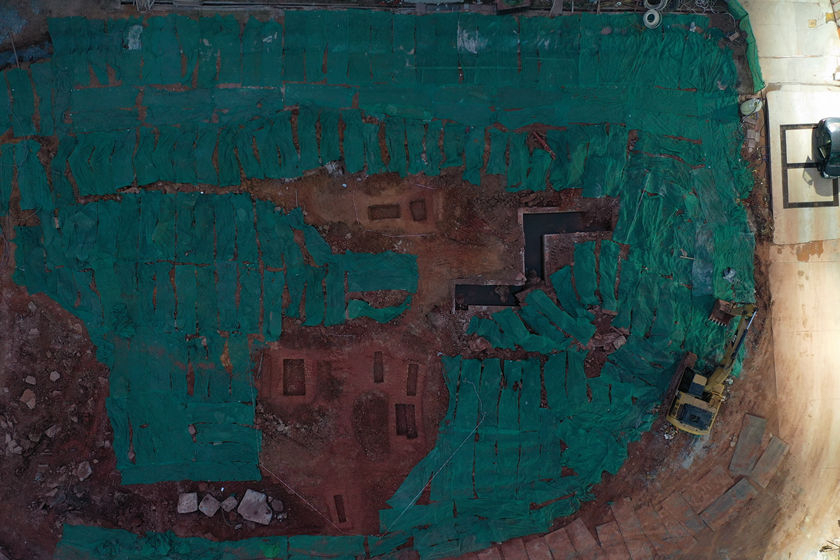 The unearthed ancient tomb site is seen from above on Jan. 6. Photo: VCG 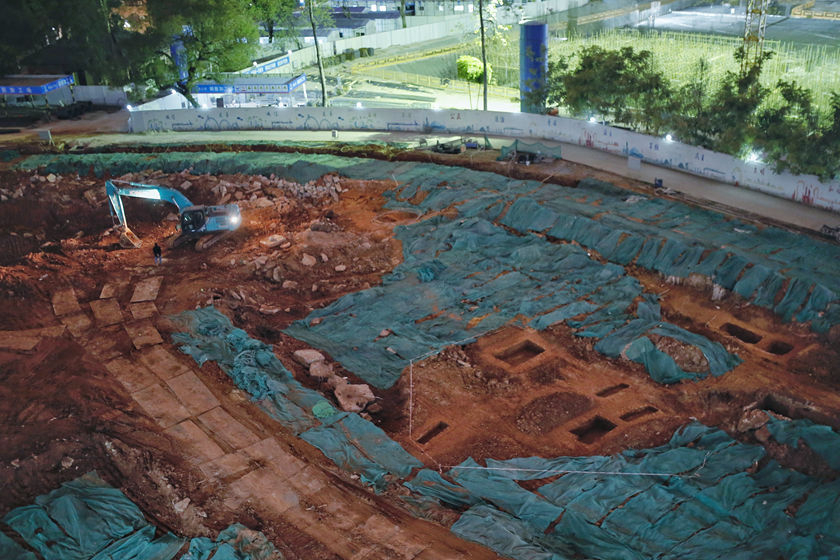 An excavator is seen working at the site. Officials said the tombs had been seriously damaged by human activity. Photo: VCG 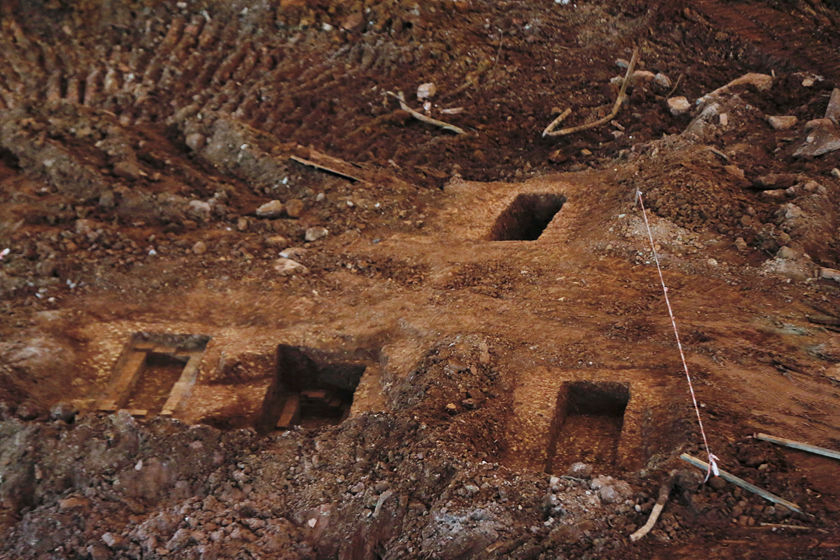 Experts are now working to save the cultural relics. Photo: VCG 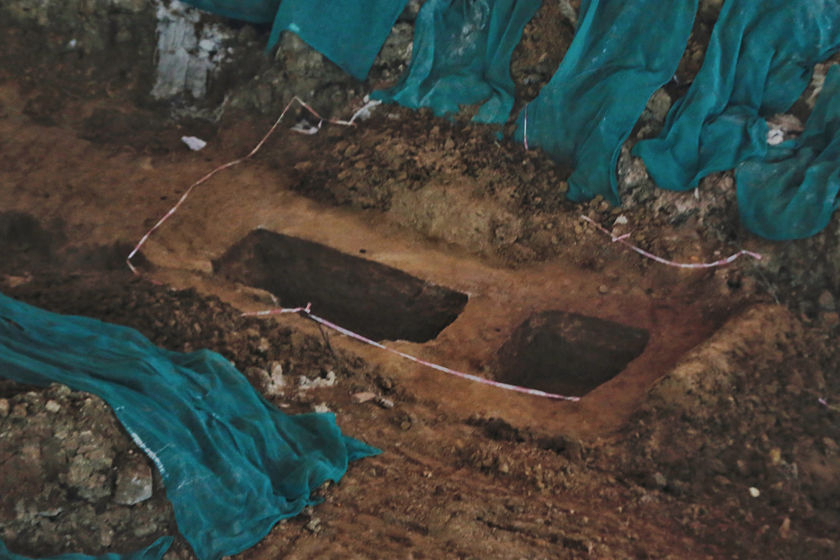 A variety of prehistoric stone tools, ancient tombs and cultural relics have been discovered previously on the site. Photo: VCG