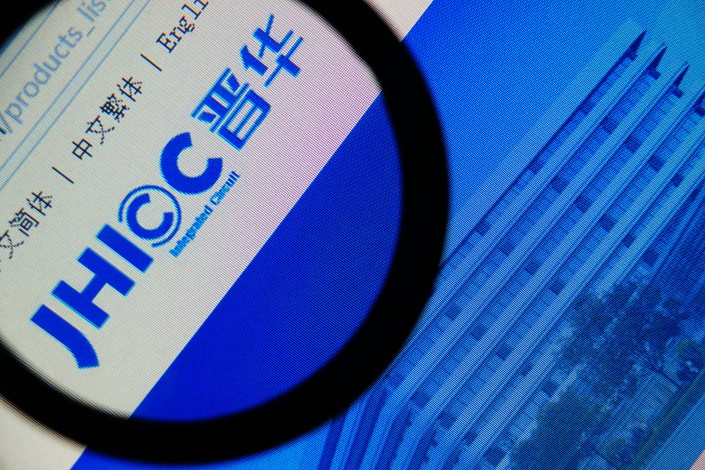 Jinhua was placed on a list that will effectively ban it from buying components, software and other technology from the U.S. Photo: IC

The state-owned memory chipmaker was listed by the U.S. Department of Commerce for an export ban in late October. The department accused the company of producing products whose technology most likely originated from the U.S., threating the long-term economic viability of domestic U.S. suppliers to the country’s military.

In early November, Jinhua was charged along with Taiwanese partner United Microelectronics Corp. (UMC) with conspiring to steal intellectual property from Micron Technology Inc. Both companies have since denied the allegations.

On Friday, Jinhua challenged U.S. authorities to produce proof of the supposed transgressions and said it would file a complaint to be taken off the export control list.

Jinhua was wrapping up construction of a $6 billion plant on China’s southeastern coast when the Trump administration barred American suppliers from selling products or providing technical support to the Chinese company last October. Those restrictions emerged as China’s alleged theft of American technology became one of the thorniest topics in delicate trade negotiations.

Jinhua is one of three domestic memory chipmakers assigned to help China reduce its reliance on some $200 billion of annual semiconductor imports — about as much as the country spends on importing oil. The indictment was the first under the U.S. Justice Department’s “China Initiative,” announced in November to prioritize trade-theft cases and litigate them quickly.

The case stemmed in part from a lawsuit filed by Micron Technology Inc. against Jinhua and UMC in 2017. The U.S. memory giant accused the pair of stealing proprietary technology, while UMC also filed a lawsuit claiming Micron infringed on its own patents. In July, a Chinese court suspended some Micron chip sales in the country, though the American company said the moratorium affected just 1% of its annual revenue.

In November, UMC said it would suspend research ties with Jinhua because of the U.S. ban. UMC promised to adhere to U.S. sanctions and suspend R&D activities with Jinhua.

Paula Yu, a partner of Grandall Law Firm, said being listed for export control will have significantly negative impacts as companies in the U.S. and other countries will try to avoid doing business with those on the list to comply U.S. rules.

Jinhua’s appeal may provide an example of pursuing legal remedies for other Chinese companies on the list to follow, Yu said.