Gallery: China Rings In Year of the Pig in Spectacular Style 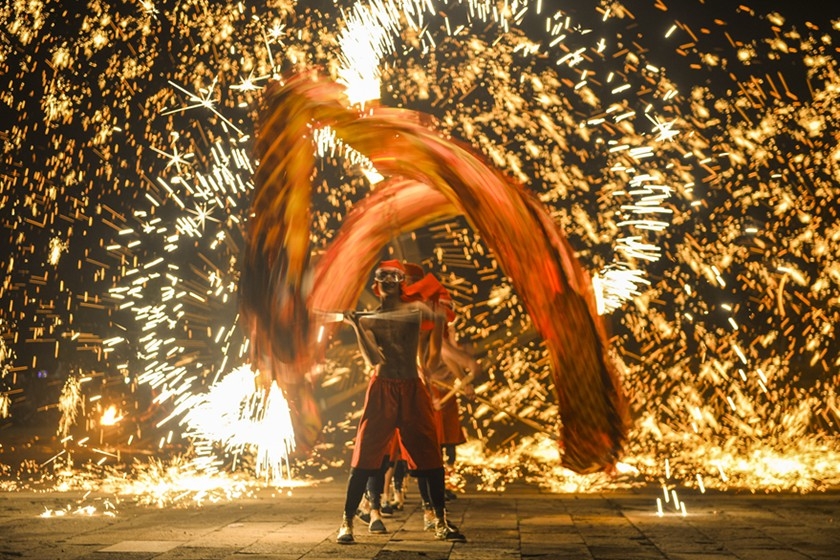 Performers in Zaozhuang, in East China’s Shandong province, bring in the new year with a Fire Dragon Dance on Feb. 5. Photo: VCG 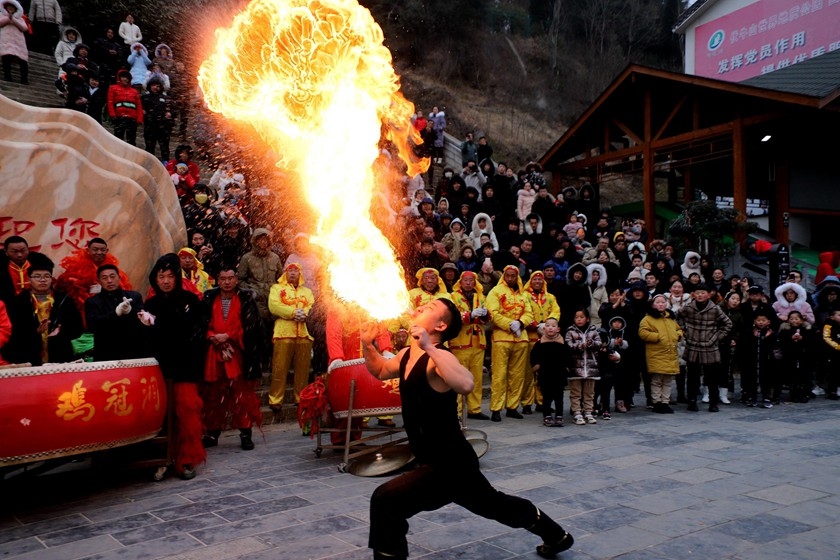 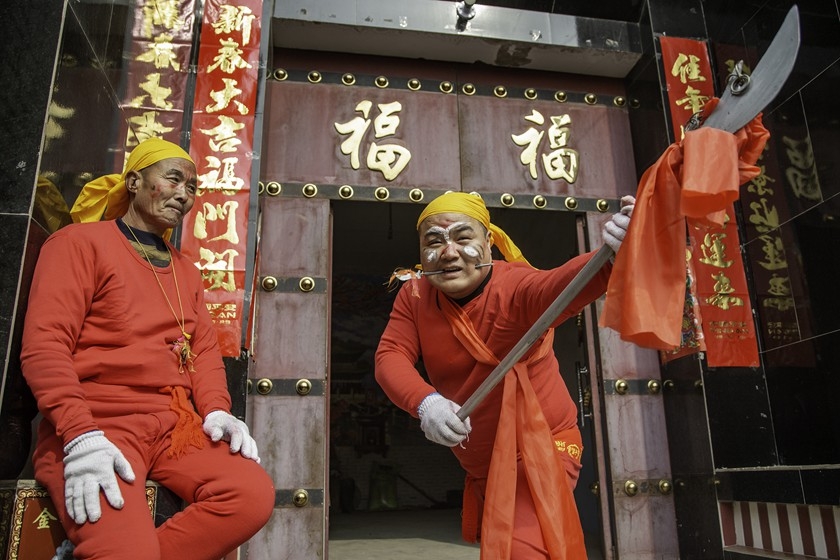 A performer holding a pole-arm displays an iron spike stabbed through his cheek in Yuncheng, Shanxi province, on Feb. 8. Local residents believe that stabbing one’s cheek with such a spike during the Spring Festival will bring them luck and longevity. Photo: VCG 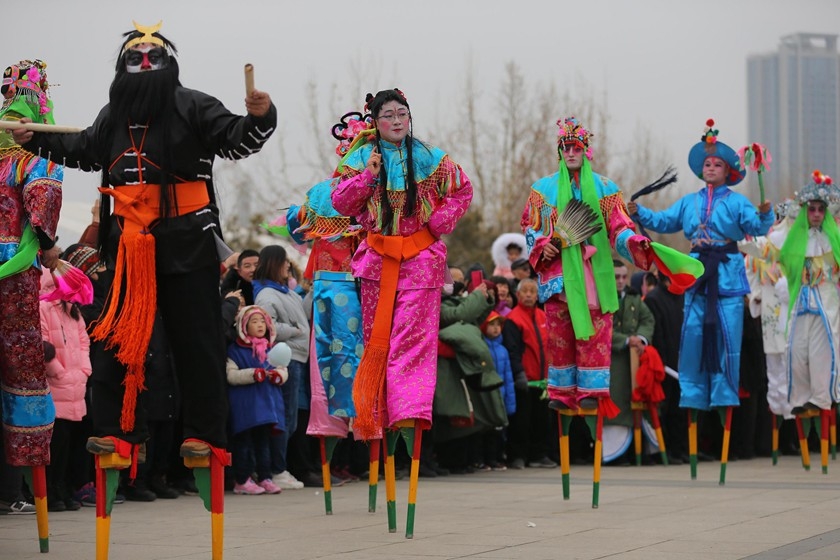 Performers in traditional costume walk on stilts at the Yunhe Culture Fair in Beijing on Feb. 6. Photo: VCG 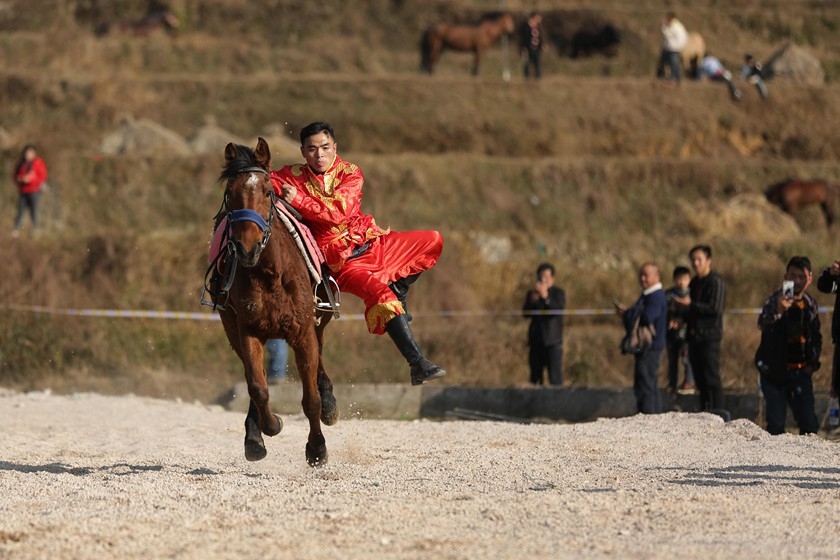 At a horserace in Qiandongnan Miao and Dong Autonomous Prefecture, Guizhou province on Feb. 6, local residents compete and show off their riding prowess. Photo: VCG 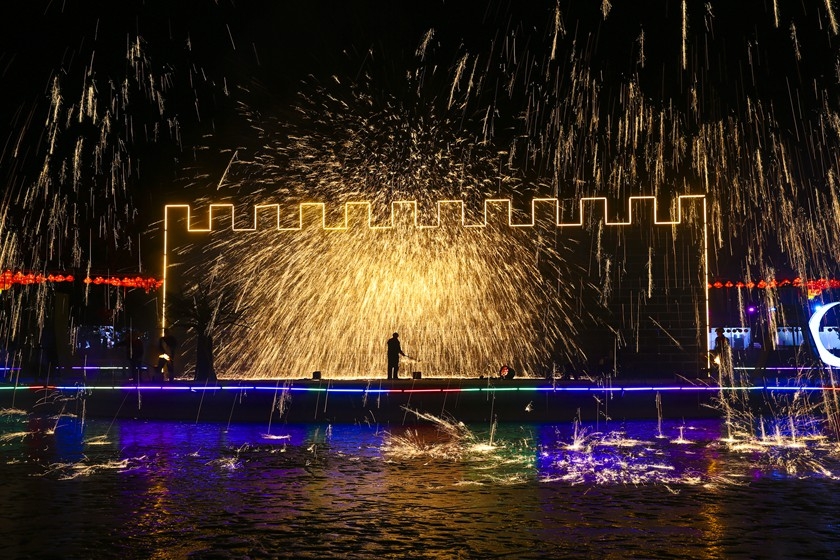 A “datiehua” performance, where molten iron is thrown to create spectacular patterns in the night, at Beijing World Park on Feb. 7. Photo: VCG