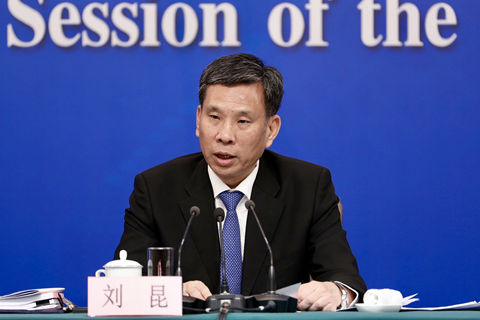 China is expected to cut taxes and fees totaling more than 2 trillion yuan ($298 billion) this year — an amount higher than expected due to the delay effect of previous preferential policies, Finance Minister Liu Kun said Thursday.

Premier Li Keqiang had said Tuesday in his annual work report that the amount would be “nearly 2 trillion yuan.”

“Nearly 2 trillion yuan” is an estimation, and is different from the actual amount, Liu said at a press briefing during the country’s annual legislative session.

For instance, the cut to the value-added tax rates in May is expected to lower the burden on businesses by 400 billion yuan within 12 months, of which 300 billion yuan was reduced last year and the remainder this year, he said.