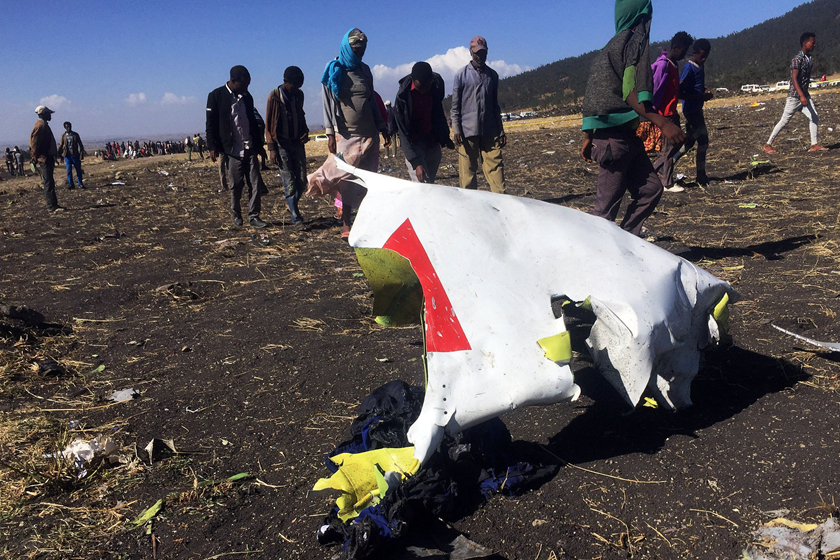 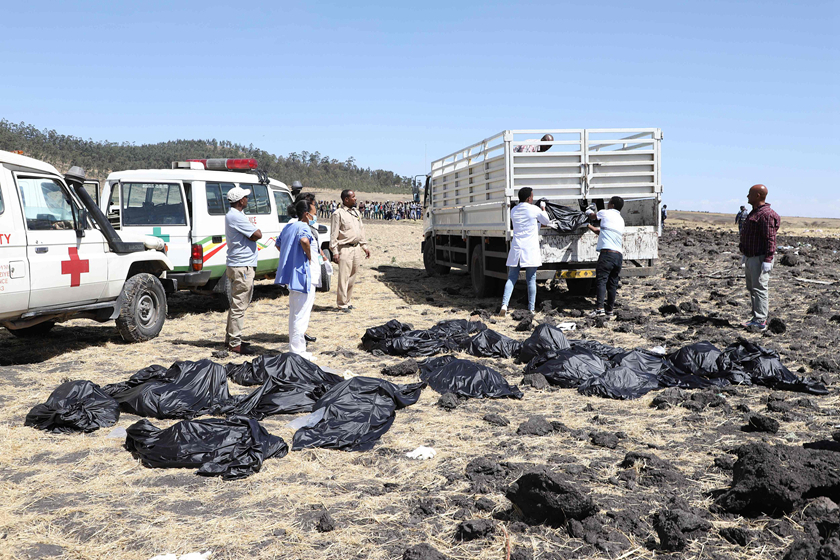 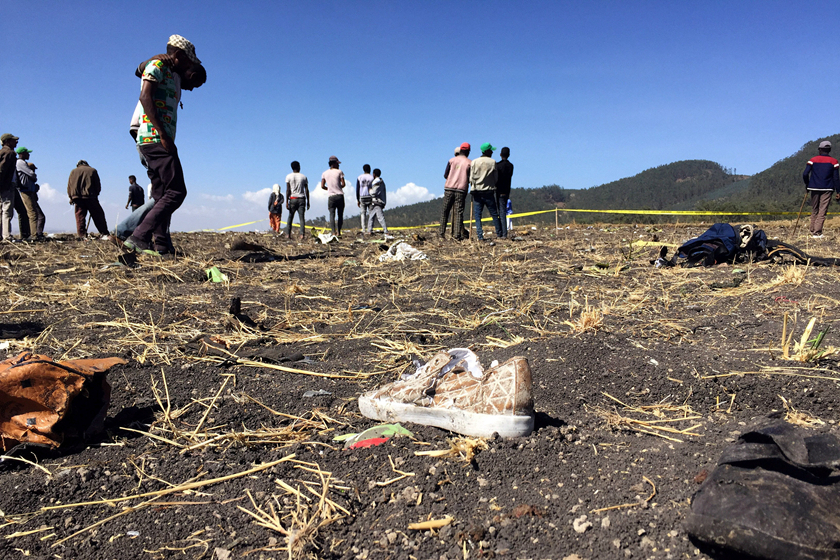 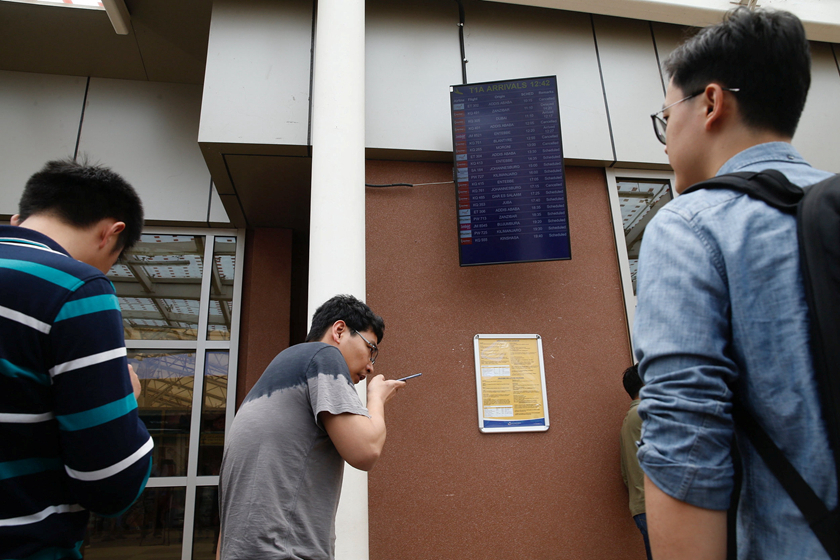 Three Chinese people, who had colleagues on Flight ET 302, look at the arrival board Sunday at Jomo Kenyatta International Airport in Nairobi. Photo: VCG 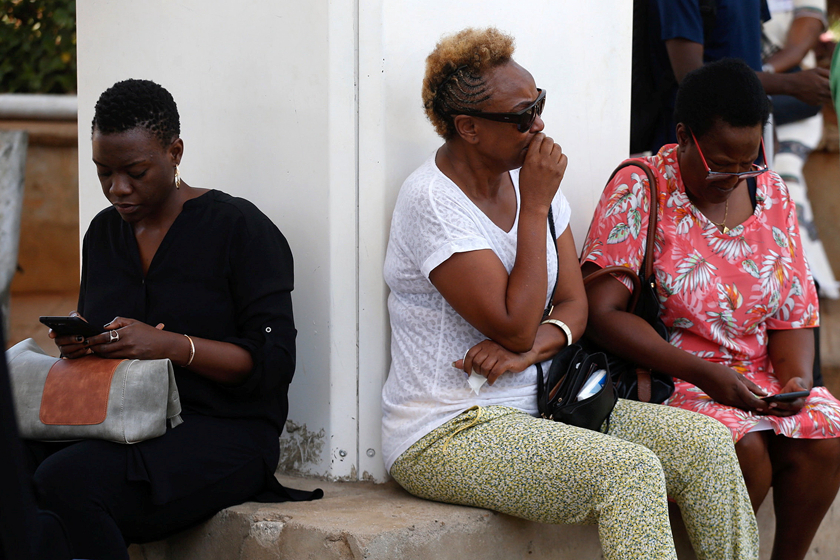 A woman at the airport waits for an update about the fight, which was carrying her fiance. Photo: VCG 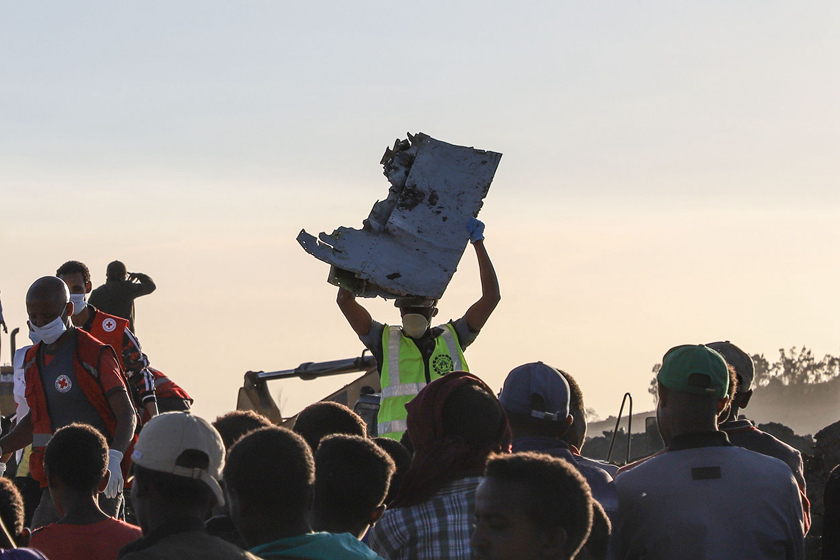 A worker carries a piece of debris from the crash site on his head. Photo: VCG 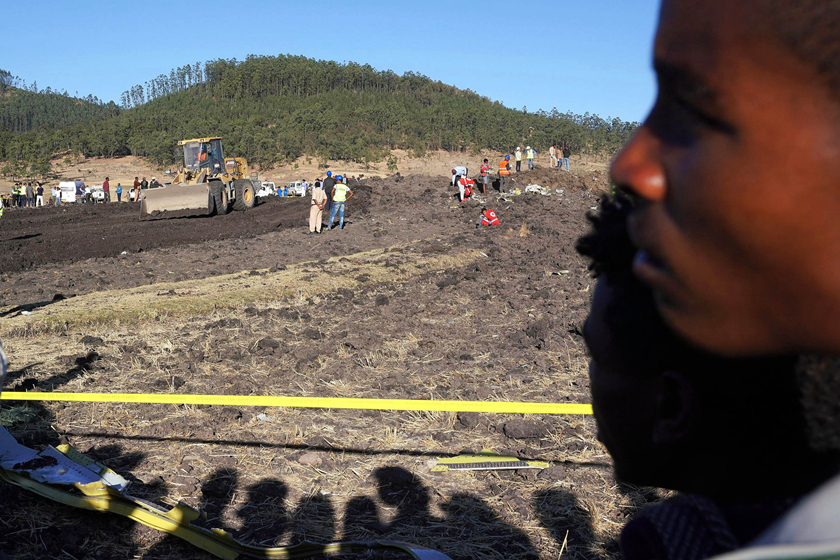 Local residents watch as a rescue and recovery worker use an earth mover to recover debris from the crater where the flight crashed in a wheat field. Photo: VCG 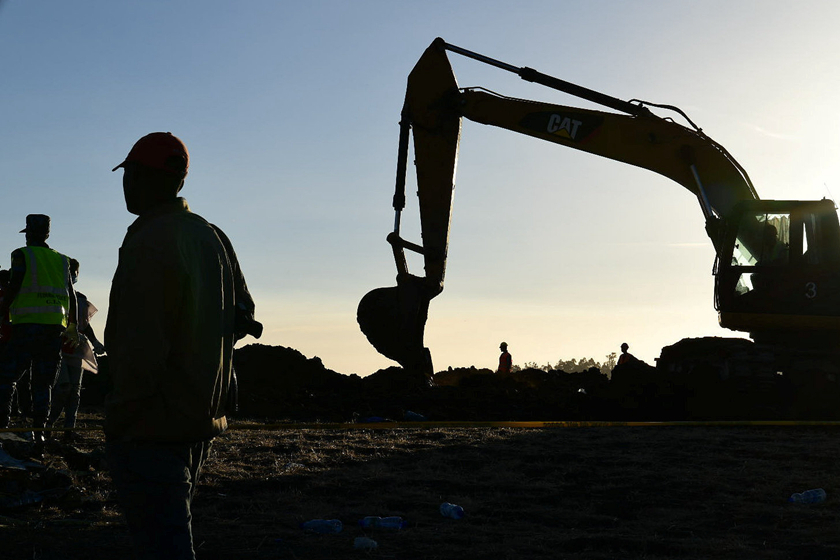 Workers use an excavator to remove debris and search the crash site for the remains of victims. Photo: VCG