Gallery: Monuments Rising From the Ashes 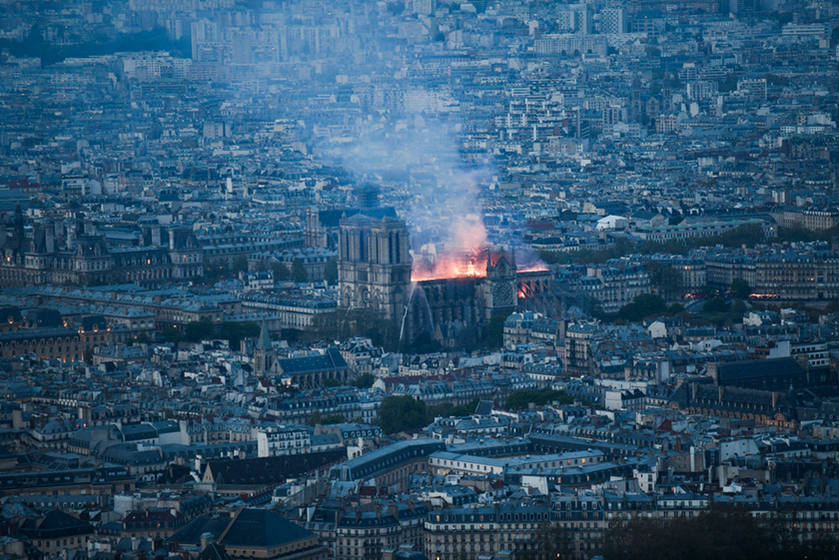 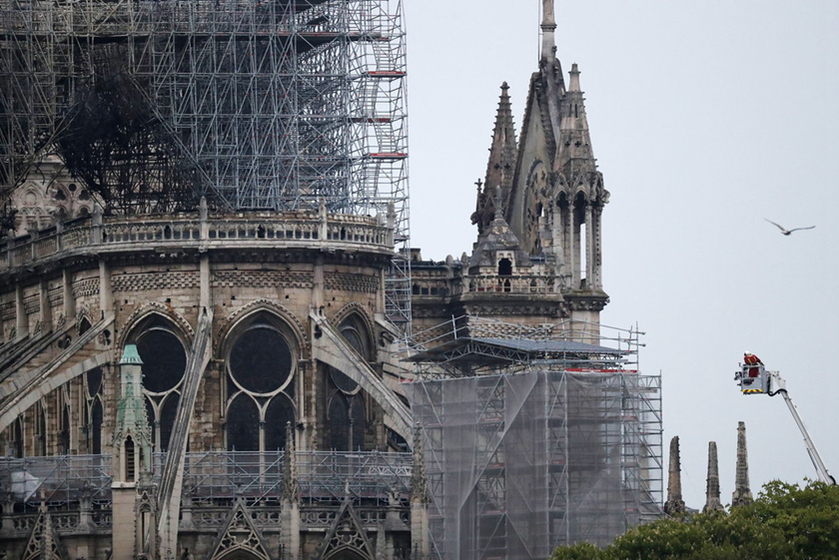 Notre Dame remains structurally sound after a monstrous fire roared through it Monday night, but the conflagration that destroyed the wood-and-lead roof and lacy spire also left three holes in the sweeping vaulted ceiling, officials said after an inspection on Tuesday. Photo: IC 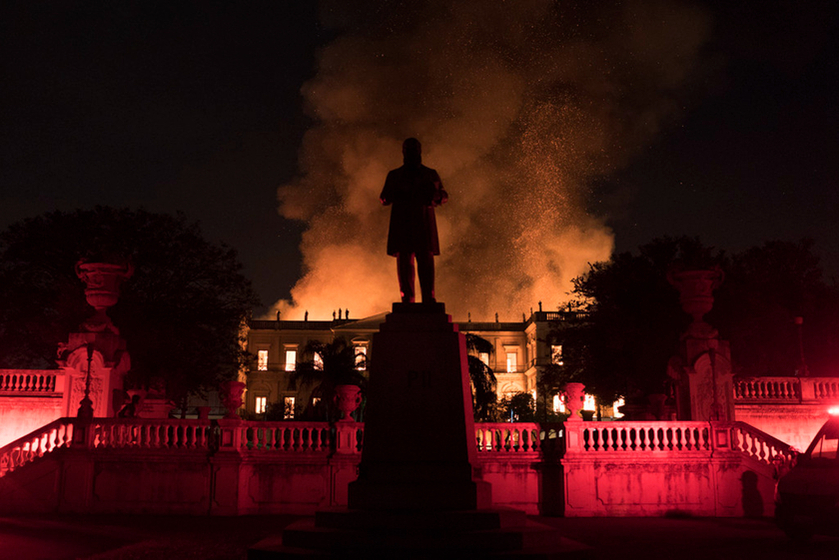 The National Museum of Brazil, one of South America's most important exhibition venues, was destroyed by a massive fire on Sept. 2. The flames quickly spread to almost all parts of the three-story Rio de Janeiro building. Two hundred years of history and 20 million valuable pieces were consumed by flames within hours. Photo: IC 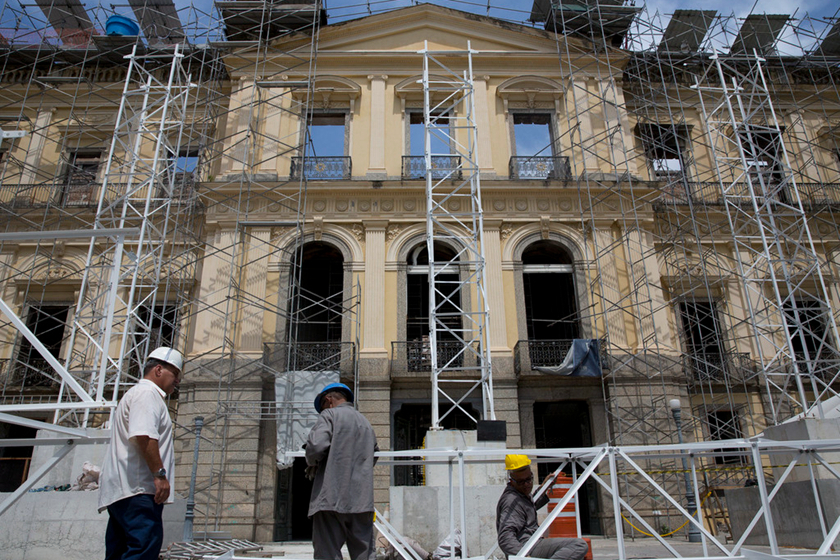 Workers erect scaffolding in front of Brazil's National Museum, in Rio de Janeiro on Feb. 12. As of December, a total of 1,500 artifacts including the oldest human fossil found in Brazil, dubbed Luzia, have been salvaged from the ruins. Photo: IC 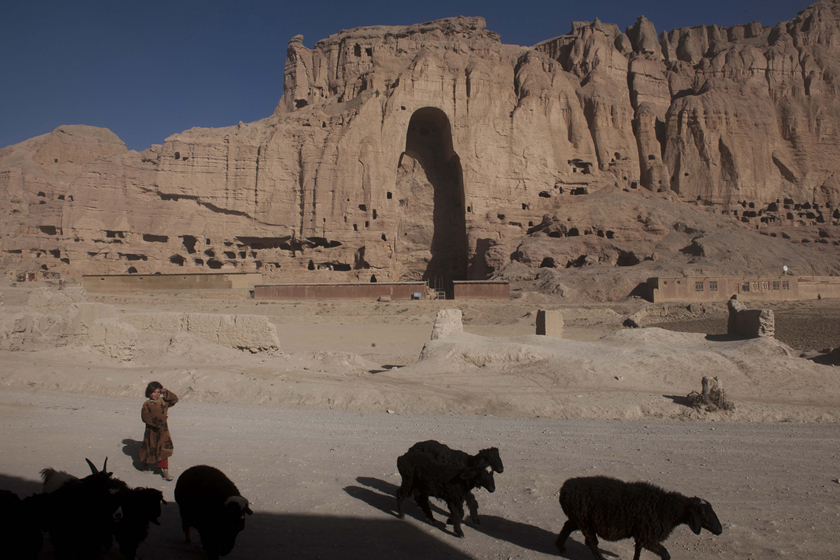 A girl walks in Bamiyan Valley, Afghanistan on Oct. 12, 2013. The 1,500-year-old Buddhas of Bamiyan, which were carved into the pictured cliff face, were blown up in 2001 by the Taliban. Photo: Xinhua 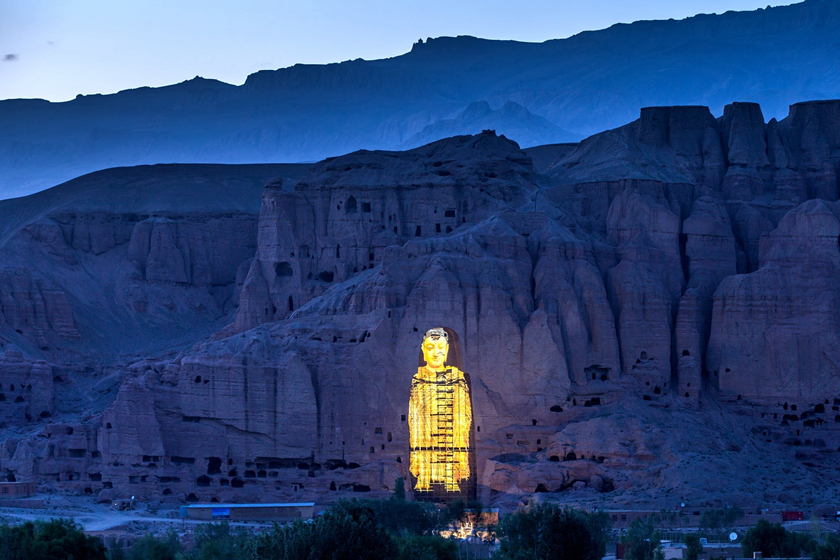 On June 7, 2015, a Chinese team used a 3D laser to project an image of one of the two Buddha statues that were destroyed in 2001. Photo: Xinhua 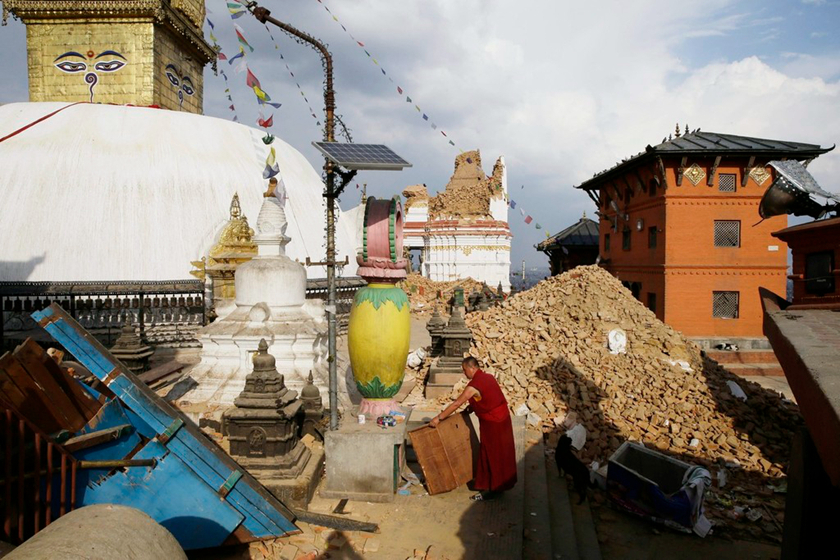 Swayambhunath, a building in Kathmandu with religious significance for Buddhists and Hindus, was damaged when a powerful earthquake struck Nepal on April 25, 2015, killing nearly 9,000 people and injuring nearly 22,000. Photo: IC 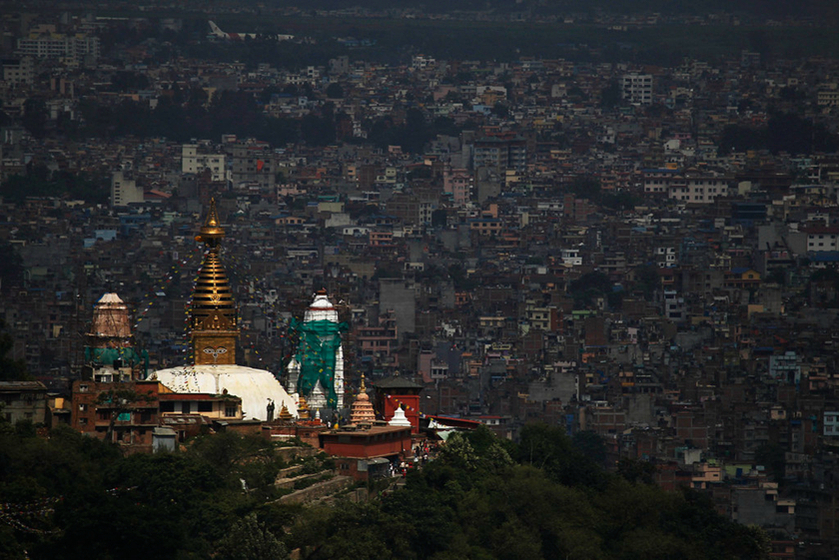 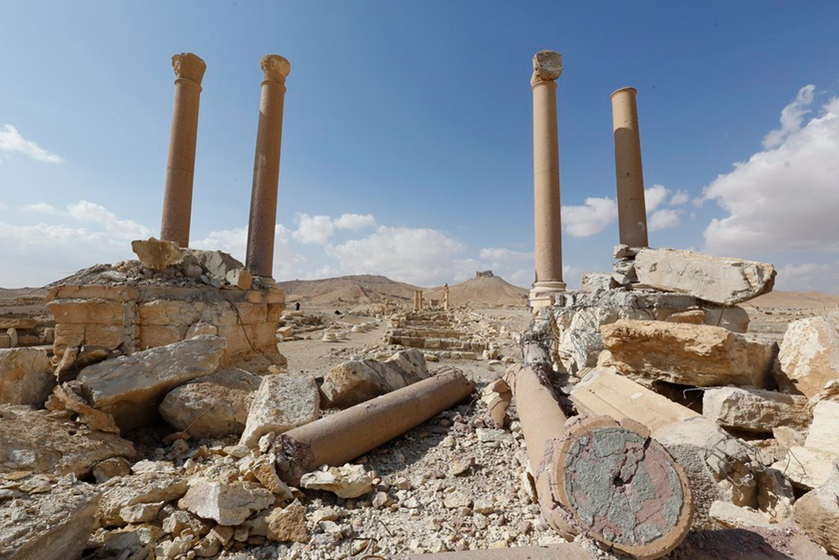 A view of the damaged Tetrapylon in Palmyra, Syria on March 4, 2017. Syrian Army troops recaptured Palmyra and all surrounding areas from the militant Islamic State group on March 2, 2017, which had taken the area over a year before. The group destroyed the facade of the ancient Roman Theater and Tetrapylon, among other artifacts at the archeological site. Photo: Xinhua 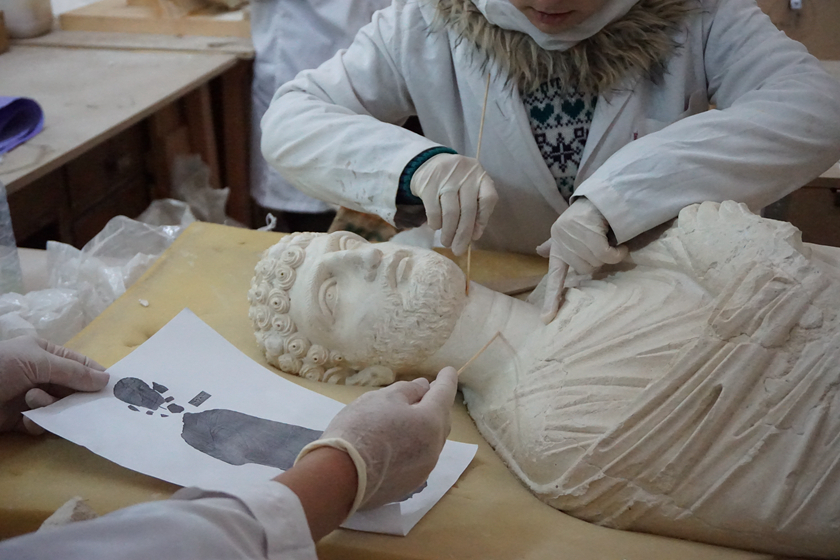 In the National Museum of Damascus, archaeologists restore damaged statues from Palmyra on Dec. 5. The repairs are expected to take five to eight years to complete. Photo: Xinhua 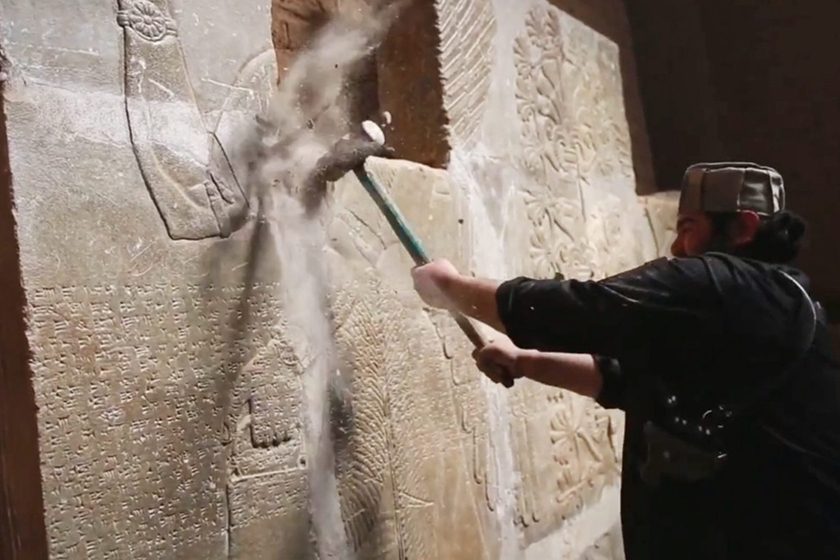 An undated screen grab taken from a video released by the Islamic State group allegedly shows a member destroying parts of a frieze in the ancient Iraqi town of Nimrud. The video apparently confirmed reports from March 2015 that the radical group had destroyed the town’s Assyrian ruins which date back to the 13th century B.C. Photo: IC 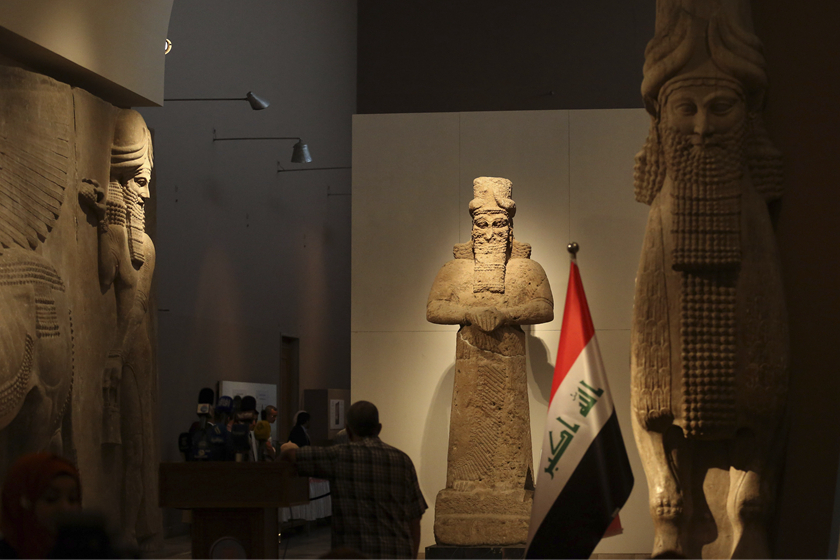 People visit the National Museum of Iraq in Baghdad on July 29, 2015. About 15,000 valuable artifacts were looted from the museum during the 2003 invasion of Iraq. After being closed for years, the refurbished museum was officially reopened in February 2015. Photo: Xinhua