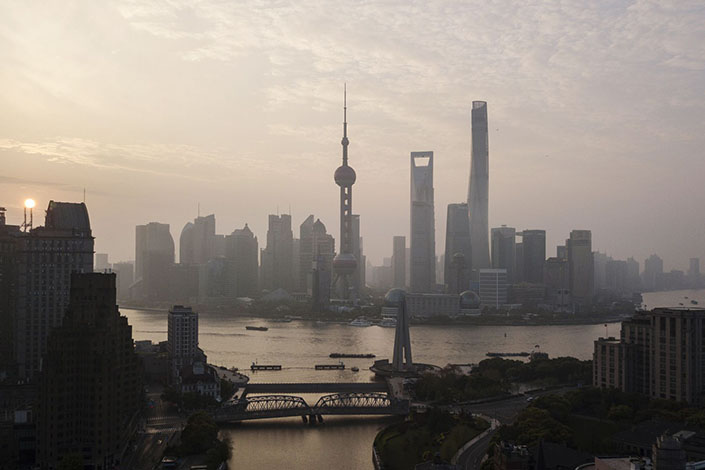 (Bloomberg) — As Wall Street firms start taking control of their operations in China, they may find the competitive landscape facing them shifting significantly over the next few years.

The financial-market internationalization that opened the door for companies from JPMorgan Chase & Co. to UBS Group AG to become majority owners of local securities joint ventures has also set the stage for a more ominous change: a state-encouraged wave of consolidation among China’s 131 securities firms, which between them earned slightly less than Goldman Sachs Group Inc. last year.

Beijing’s twin goals of opening its $44 trillion financial industry to competition while at the same time averting U.S. trade sanctions all but guarantee that local securities firms — many of which are state-owned — will get merged into entities more capable of taking on foreign firms. A pledge to let overseas investment banks start acquiring full ownership of local JVs in two years has added to the urgency.

China wants to create “bigger, stronger investment banks that could pit themselves against international peers,” said Will Shum, a portfolio manager at iFAST Financial (HK) Ltd. “As trade tensions escalate and China is forced to increase the pace of opening up its financial industry, we might see a year of M&A for Chinese brokerages.”

As the number of securities firms in China jumped by a quarter since 2010, the market got so crowded that bankers slashed deal fees to near-zero levels just to win mandates. Average brokerage commissions have dropped to 3 basis points from 8 basis points in 2012, according to a Bloomberg Intelligence analysis, eroding one of the biggest revenue contributors.

“The declining commissions is a good signal that there’s an oversupply of brokers,” said Mark Huang, an analyst at Bright Smart Securities Co.

Meanwhile, UBS, JPMorgan and Nomura Holdings Inc. have gotten regulatory approval to raise their stakes in local JVs to 51%, meaning they can start to exert control over strategy. That’s made them more willing to invest in the entities and compete more aggressively for talent. Starting in 2021, they could be allowed to take full ownership.

Rather than shut out foreign players in retaliation for U.S. trade sanctions, Chinese officials have indicated willingness to throw the gates open wider.

“If the U.S. side complained that we have opened up too slowly, we can speed it up,” Fang Xinghai, vice chairman of the China Securities Regulatory Commission, said in March. “In the securities industry, mutual fund management, no problem, we can open up and we can compete.”

Mergers in China’s securities industry were rare until recently. But after President Xi Jinping and other top officials started talking about “supply-side reform” in the financial sector, market watchers began speculating that consolidation might be imminent.

In December, China’s largest brokerage, Citic Securities Co., bought a smaller competitor. The company recently said it’s scouting for more deals. Bloomberg Intelligence predicts Guotai Junan Securities Co. and Haitong Securities Co., the fourth- and fifth-biggest brokers by market value, could target mid-sized peers in the next few years. The prediction is based on an analysis of the firms’ financial metrics including excess capital.

Representatives for Haitong and Guotai Junan declined to comment.

A Bloomberg index of 23 China-listed brokerages has gained more than 20% since Dec. 25, when Citic Securities agreed to buy Guangzhou Securities. The gauge fell 2.5% on Monday.

“For those with aspirations to compete with global peers, acquiring brokers with a complimentary geographic footprint and business mix provides a faster way to grow their business,” said Sharnie Wong, a Bloomberg Intelligence analyst.