Where the Bloody Hell Are They? Chinese Tourist Slowdown Surprises Australia 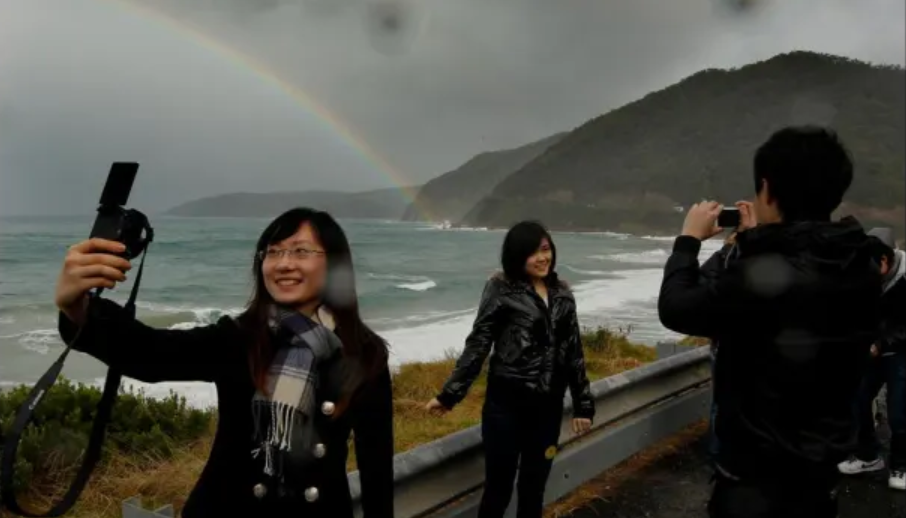 (AFR) — China's tourism boom has provided the biggest boost to the Australia's travel industry since the Japanese flocked to the nation's beaches and tourist hotspots in the 1980s.

The numbers, which topped 1.44 million for the year to March 2019, have more than doubled in the last five years.

Chinese tourists spend more in Australia too, as the cliché of tour groups chasing after a guide with a flag has given way to cashed-up young couples travelling independently.

However, the narrative that the boom is going to last forever is no longer accurate. China's economy is slowing and its middle-class consumers are becoming increasingly cautious when it comes to spending.

Many are rethinking expensive family holidays to long-haul destinations in favor of cheaper options closer to home such as Thailand and Japan, and popular new destinations in Cambodia and Indonesia. Fewer are visiting Australia to buy property.

But there are other dangers to Australia's reliance on Chinese tourists that go beyond economics. Beijing's decision last week to issue a travel warning to travelers visiting the United States shows it will not hesitate to use its tourists and students against countries it falls out with politically.

There is no sign that is happening with Australia yet, although some travel operators in China say negative media reports about the bilateral relationship are putting some of their customers off.

The authorities in Beijing do not directly control where independent travelers, who decades ago had to leave a bond before they were allowed to leave the country, can go.

But they can issue directives to travel agents quietly urging them not to book trips to specific destinations. In 2017, it banned group tours to South Korea following a political dispute between the two countries over Seoul's deployment of a US anti-missile system.

Chinese travel to Australia is not about to fall off a cliff. Tourism Australia, which has worked hard to increase Australia's appeal for Chinese tourists, argues the growth rates will inevitably slow as they come off a higher base compared to the peaks of 2015.

Changes to the visa system, more Chinese-language services and promotions targeting independent travelers have helped Australia outperform the United States and United Kingdom despite its high costs and lack of infrastructure.

But investors who point to the huge contribution tourism makes to the Australian economy believe the slowdown has taken authorities by surprise and conflicts with earlier assumptions the boom would last a lot longer.

As with the Japanese, there is no guarantee they will keep coming forever. This also applies to Australian universities' reliance on Chinese students.

The peak in numbers is part of a global trend, and largely beyond the Australian government's control. China has been the world’s biggest source of tourists for the past seven years, with numbers topping almost 150 million trips last year.

Even then, only about 8% of China’s population holds passports. Despite this, there are increasing signs that Chinese tourist spending has flatlined, with shopping sprees to Europe for luxury goods and US trips falling.

Countries that are friendlier to China such as Egypt and and Cambodia are reporting increasing numbers.