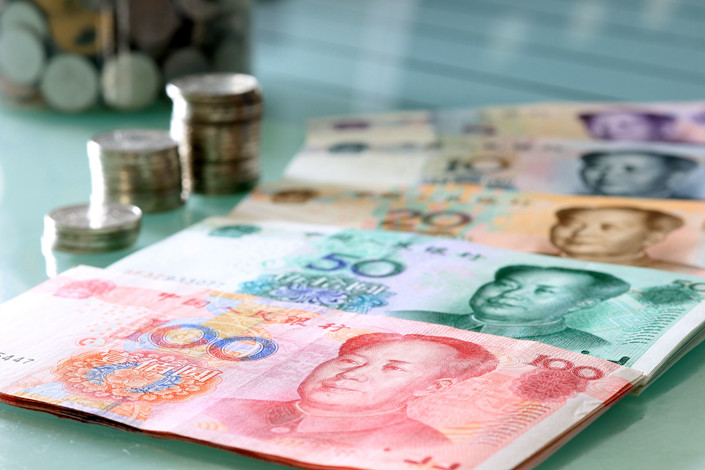 (Bloomberg) — Offshore issuance of yuan-denominated bonds just hit the highest in five years as China’s central bank sold billions, offsetting some of the depreciation pressure building against the currency.

The second quarter saw selling of 80.8 billion yuan ($11.8 billion) of the bills, primarily in Hong Kong, where they’re known as “dim sum bonds.” The People’s Bank of China issued 50 billion yuan in the city in May and June, while Chinese and foreign companies sold much of the rest. The surge preceded a record 36 billion yuan of sovereign and corporate debt maturing offshore in July.

The hefty sales by the PBOC came as it aimed to anchor exchange-rate expectations ahead of the G-20 meeting in Japan, said Becky Liu, head of China macro strategy at Standard Chartered PLC, helping to tighten liquidity offshore. Most of the offshore yuan’s weakness last quarter came in May, when it slid nearly 3% against the dollar. It advanced around 1% in June.

Expectations for further depreciation in the Chinese currency may have prompted issuers to sell dim sum debt with an eye on repaying it later at a lower cost, said Frances Cheung, head of Asia macro strategy at Westpac Banking Corp.

The offshore yuan weakened 0.43% to 6.8876 per dollar Tuesday amid fresh signs China may take more policy loosening steps to support growth, despite some progress being made in trade talks with the U.S. The currency rose 0.02% at 11:55 a.m. Wednesday.

The “market has not been comforted much by this second trade truce,” Cheung said. “The trade truce does not change the weak growth outlook either. Hence, bonds are still likely to fare reasonably well.”