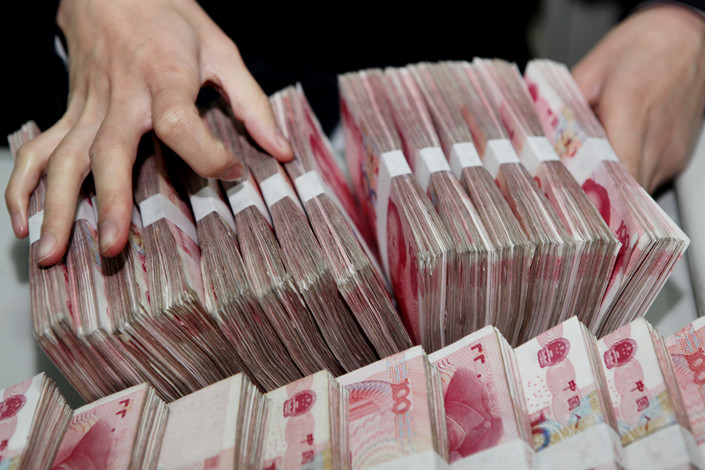 A fraud investigation into the founder of a private conglomerate has sparked quarrels between financial institutions and e-commerce giants JD.com and Suning.com over their roles in a fundraising scandal.

Separate sources told Caixin that the detention of Lo came after Noah reported Camsing Global to police on allegations of fraud. Camsing Global has yet to make any comment on the matter.

A person close Noah told Caixin that the company detected risks from products linked to Camsing Global in May after the company made suspicious account changes and requested an increase in a fundraising amount. After an internal inspection and meetings with Lo that failed to resolve Noah’s questions, Noah decided to report the allegations to police, said the person, who declined to be named.

Eight privately offered funds backed by accounts payable from Beijing JD Century Trade Holdings Ltd., a unit of JD.com, to Camsing Global are in danger of default, said Noah’s chief executive officer and co-founder Wang Jingbo in an internal memo Monday. The products raised a total of 3.4 billion yuan, according to the memo.

JD.com denied involvement in the fundraising and accused Camsing Global of falsifying business contracts of the accounts receivable, although it said Camsing Global is a supplier of JD.com.

“We are shocked that this occurred and have been cooperating with the police on this issue,” JD.com said Tuesday in a statement. JD.com accused Noah of risk control flaws and said it never received any verification request regarding the financing. Documents on transactions with Camsing Global presented by police during the investigation were all proved to be fake, JD.com said.

But Noah said it verified all the documents with JD.com by mail and interviews to prove the authenticity of the transactions. “The question is that we have met with (representatives from) JD.com for many times to manage the products, are they fake?” a Noah executive said.

Noah said Tuesday that it filed a lawsuit against Camsing Global and JD.com on alleged supply chain financing fraud.

At the same time, Yunnan Trust said it also reported to police concerning more than 1 billion yuan of asset management products issued for Camsing Global backed by accounts payable from Suning. Suning also denied its involvement and asserted that business contracts are falsified.

Caixin learned that Xiangcai Securities also issued more than 1 billion yuan of asset management products for Camsing Global backed by payments from Suning. The brokerage has yet to take any action against Camsing Global.

Caixin found in interviews that Camsing Global issued asset management products to raise between tens of millions and hundreds of millions of yuan through a number of other financial institutions including COFCO Trust, National Trust and Donghai Ruijing Asset Management Co. The products offer annual yields between 7% and 10%.

Most of the products are guaranteed by Lo’s personal assets. However, public records showed that Lo’s assets totaled less than 40 million yuan including her properties, vehicles and bank deposits.

Sources told Caixin that police detained more than 10 employees from Camsing Global and a staffer from Noah who was in charge of business with Camsing Global.