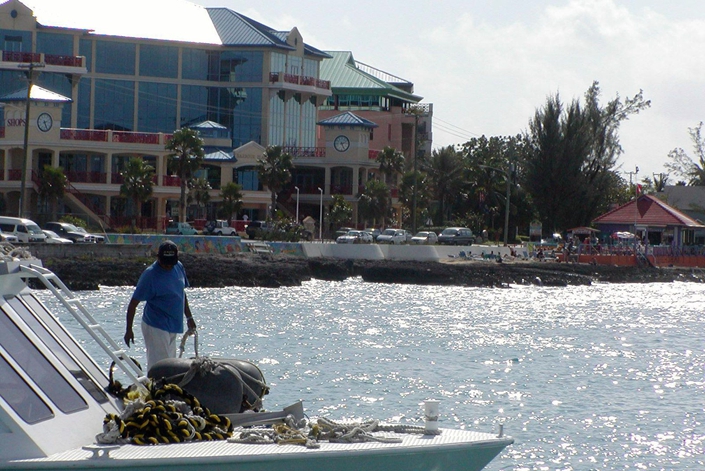 (Bloomberg) — A case brought by a U.S. hedge fund against China’s Global Cord Blood Corp. may set a precedent in the Cayman Islands for other minority shareholders who feel shortchanged by all-share mergers.

Jayhawk Capital Management LLC and founder Kent McCarthy have sued the company and three of its directors, claiming a proposed $915 million all-share merger would reduce the value of their holdings. They are asking the Grand Court of the Cayman Islands to declare they can object to the deal, and have the right to ask the court to determine the fair value of their shares, an avenue currently only available in all-cash takeovers.

The case is the first in which a minority stakeholder has attempted to get a Cayman court to determine the fair value it should receive in an all-share deal, said Tony Heaver-Wren, a partner at Appleby, the Cayman’s oldest law firm.

The suit is also seeking to have the three directors removed from a special board committee assessing the offer, claiming they have received “generous compensation” from Global Cord Blood.

Global Cord Blood, which is incorporated in the Cayman Islands and listed on the New York Stock Exchange, said it will “vigorously” defend the suit.

“The company has reviewed the allegations contained in the summons and believes they are without merit,” Global Cord Blood said in a July 23 regulatory filing. The special committee is still evaluating the proposed merger, it added.

Global Cord Blood, once known as China Cord Blood, is China’s oldest and largest company that specializes in extracting, processing and storing umbilical cord stem cells that can be used to treat diseases such as leukemia.

Shawnee, Kansas-based Jayhawk has been an investor for 12 years and holds an 11% stake.

Global Cord Blood shares closed Friday at $5.42 in New York. The stock has fallen 16% this year.

Jayhawk alleged a long history of corporate governance lapses at Global Cord Blood. The company twice issued convertible bonds in 2012, even though it didn’t need fresh capital, the hedge fund said in the suit.

Minority shareholders were diluted by 50% after the bonds were converted into shares in 2017, in favor of then majority shareholder, Hong Kong-listed Golden Meditech Holdings Ltd., the suit says. Global Cord Blood’s board denied Jayhawk’s requests to buy the convertible bonds alongside Golden Meditech, the fund claimed.

The three independent directors — Mark Chen, Jennifer Weng and Ken Lu — “have failed to exercise any independence or impartiality in approving the majority shareholders’ self-dealing transactions” in past decade, Jayhawk said in the suit.

The trio allowed Golden Meditech to sell its 65% stake at about $11.70 each in January 2018 — above the share price at the time without giving minority shareholders the same offer, the suit says.

Global Cord Blood has accumulated $745 million cash while paying just one cash dividend since 2009, and the directors received restricted stock worth more than $1 million each and sold their holdings in 2017 when the stock price was at a peak, Jayhawk said.