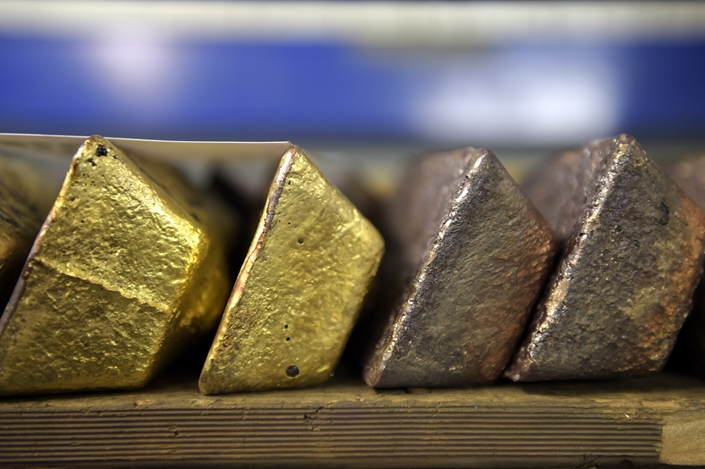 (Bloomberg) — China has added more than 100 tons of gold to its reserves since it resumed buying in December, reinforcing its standing as one of the major official accumulators as central banks stock up on the precious metal.

The People’s Bank of China picked up more gold last month, raising holdings to 62.64 million ounces in September from 62.45 million in August, according to data on its website. In tonnage terms, the latest inflow totals 5.9 tons, and follows the addition of about 99.8 tons over the prior nine months.

“Given strained relations with the U.S., China needs a hedge against its large holdings of the dollar, and gold serves that function,” said Howie Lee, an economist at Singapore-based Oversea-Chinese Banking Corp. “As China becomes a superpower in its own right, I expect more gold-buying.”

The PBOC’s run of bullion-buying has come against the challenging backdrop of the trade war with the U.S. and marked slowdown in growth at home. While high-level negotiations are set to resume in Washington this week, Chinese officials are signaling they’re increasingly reluctant to agree to a broad deal.

Along with China, Russia has also been adding substantial quantities of bullion. In the first six months, central banks worldwide picked up 374.1 tons, helping push total gold demand to a three-year high, the World Gold Council has said.

While a 10th straight month of accumulation marks a steady buying pattern for the PBOC, China has in the past gone for long periods without disclosing moves in gold holdings. When the central bank announced a 57% jump in reserves to 53.3 million ounces in mid-2015, that was the first update in six years.