Chinese Steel Wheels Hit by EU Tariffs as High as 66.4% 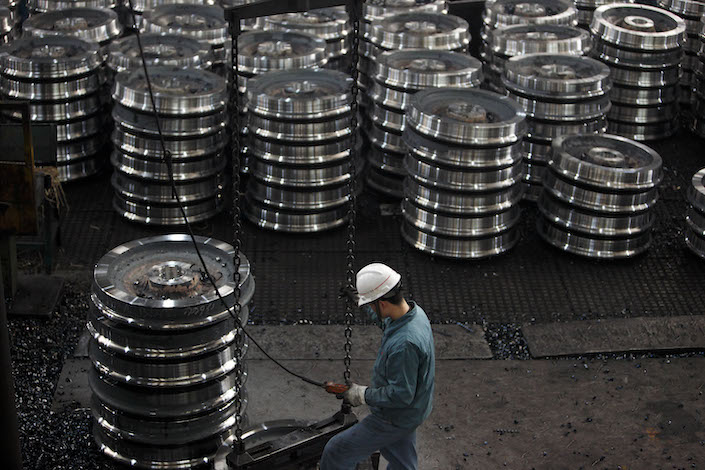 The duties punish Chinese exporters of steel wheels for vehicles including cars, tractors and trailers for allegedly having sold them in the EU below cost, a practice known as dumping.

Dumped imports of steel road wheels from China caused “material injury” to EU-based manufacturers of the goods, the European Commission, the 28-nation bloc’s executive arm in Brussels, said Thursday in the Official Journal.

The anti-dumping duties represent the preliminary outcome of a probe opened in February on the basis of a dumping complaint by the Association of European Wheel Manufacturers. The levies, due to take effect Friday, will last six months and may be prolonged for five years.

The EU has 11 manufacturers of steel road wheels, according to the commission, which took the unusual step of declining to identify any of them. European producers requested anonymity “on grounds of a fear of retaliatory measures by some of their customers,” the commission said.

Chinese exporters’ combined share of the EU market for steel road wheels doubled to 5.3% last year compared with 2015, according to the commission.

The rates of the provisional anti-dumping duties are 50.3% against 19 specifically named Chinese exporters — including Zhejiang Jingu and Xingmin Intelligent Transportation Systems — and 66.4% for all others.

Separately Thursday, the commission threatened to stoke longstanding tensions with China over steel trade by opening an inquiry into whether Chinese producers of hot-rolled, stainless-steel sheets and coils receive market-distorting government aid.

The probe, due to last as long as 13 months, could lead to EU anti-subsidy duties on imports of these products from China. The bloc already has anti-dumping or anti-subsidy levies on a range of other products imported from China, the biggest producer of the metal with around half the world’s output.

In a third trade development Thursday, the commission opened an investigation into whether South Korean exporters of heavyweight thermal paper are dumping it in the EU. That probe, due to last as long as 14 months, could lead to European anti-dumping duties on the shipments from Korea.