Opinion: Why China Should Embrace the Power of International Students 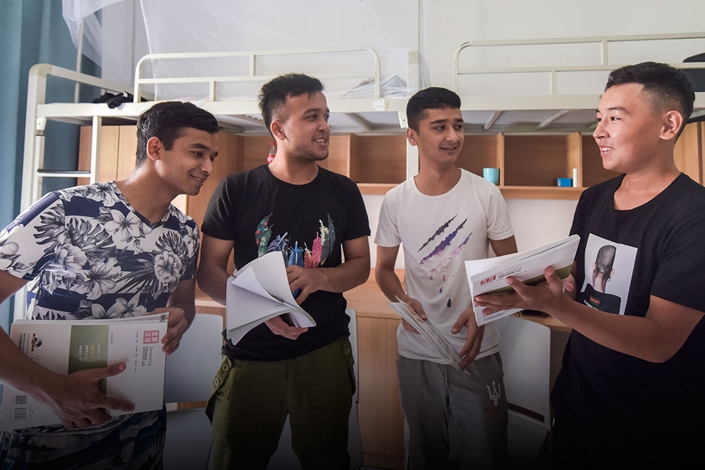 International students chat in their dorm at a college in Sanya, Hainan province, June 24. Photo: VCG

Although the number of foreigners coming to China to pursue education has risen throughout the course of the “reform and opening-up” period beginning in the late 1970s, the pace of growth has accelerated over the last decade, especially in the past five years. China’s institutions of higher education are currently home to approximately 500,000 international students, and the country’s emergence as an international education destination has prompted trend pieces in outlets such as Times Higher Education, as well as justifiably triumphant pronouncements from the Chinese government.

Powerful trends often provoke backlashes. It’s no secret that some Chinese students, netizens, and media outlets have started voicing concerns about the perceived preferential treatment enjoyed by international students at Chinese schools, including lower admissions standards, generous scholarships, and spacious dormitories. In the words of a China Daily headline: “Foreign students should not be spoiled rotten.” But in the face of mounting public frustration, I believe it’s important to step back and remember that international students don’t just take classes in their host country — they give back to it, in more ways than one.

An influx of international students offers real value to China. First, the gap between China’s incoming and outgoing international students is quickly closing: In 2019, the country sent just 100,000 more students abroad than it took in. Achieving parity in this respect is not simply a matter of national pride; it is also an indication that China is well on its way to competing in the lucrative international education market.

To provide some perspective, the U.S. currently hosts over twice as many international students as China, and the group contributed an estimated $42 billion to the American economy in 2017. The U.K. attracts slightly fewer international students than China, but they still contributed a net sum of roughly 20 billion pounds ($29.5 billion) to the British economy during the 2015-2016 academic year.

Although the economic impact of international students in China has not been well documented, according to the Chinese government only 12% of them are on government-funded scholarships — the rest are self-supporting. And the country has taken steps to retain more of the talent it trains by implementing new policies that make it easier for students to stay and find jobs after they graduate.

The accompanying benefits of international students go beyond economics. Educating students from other countries is a way for China to win over hearts and minds, as well as an opportunity to further develop and reform the country’s education system.

As a rising power, it is vital for China to attract foreigners and acculturate them as much as possible; to expose them to Chinese values and especially the Chinese language; and to nurture their attachments and commitments to China. Indeed, this is effectively what the U.S. and the U.K. have done for decades. And in Africa, journalists have found that China’s education-based engagement strategies have already begun bearing fruit.

Neighboring Japan has also devoted considerable resources to attracting foreign students since 2008, with enrollments increasing significantly in recent years. Yet, although the country is closing in on its goal of increasing its international student population to 300,000 by 2020, some Japanese experts claim the government is mischaracterizing enrollment figures, inflating them by as much as one-third.

The situation in India, with its estimated 45,000 foreign students in 2018, is even less rosy. Earlier this year, the country’s nationalist-oriented leadership approved a significant budget increase in 2019 for a “Study in India” program and by cutting fees. Nevertheless, it’s clear that in Asia, China is winning the race.

Victory is important because, aside from students’ economic contributions and the impetus they can give to the development of China’s education industry — including improvements to campus, administration, research, and teaching resources — attracting more scholars helps solidify China’s position as the major power in Asia and an emerging global power. But while some Chinese administrators might be content with current progress, they should set their sights higher.

The U.S. has been the world leader in higher education for so long that many don’t realize that, prior to World War II, it was considered an educational backwater. To be sure, it was home to a few notable universities, but its status as a global higher education powerhouse was an unintended consequence of national policies aimed at training soldiers returning home after the war. Known colloquially as the GI Bill, this support helped provide millions of men and women with higher education and training.

In turn, this educated population provided a vital push to the development of the U.S.’s information economy and was a decisive factor in helping the country win the Cold War. Along the way, American higher education took major steps forward, both in terms of educational quality and enrollment numbers. These developments, in tandem with the damage done to many European universities by WWII, eventually allowed the U.S. to become the world’s largest and most influential education exporter.

While some of China’s most famous universities date back over a century, most were established after the founding of the People’s Republic of China in 1949. Major higher educational transformations during “reform and opening-up” began early, but efforts to significantly improve educational quality generally only date as far back as the 1995 Project 211, which selected certain key universities and gave them additional funding. Similar reforms and a wave of institutional expansion in the late 1990s are generally credited with transforming Chinese higher education from an elite to a mass model, producing a huge expansion somewhat analogous to the one brought about by the GI Bill. That same year also marked China’s emergence as a determined player in the global higher education market.

A little over a decade later, in 2010, China announced its intention to become Asia’s leader in international education and set a goal of attracting 500,000 international students per year by 2020. To meet this goal, the government began the slow but accelerating development of China’s international programs, such as improving overall educational quality to attract more students.

Every country hosting large numbers of international students will encounter a few bad apples. But everyone knows what you do with bad apples: You toss them out. As the director of an international graduate and doctoral program at East China Normal University — a domestic leader in international education — that’s precisely what we do. But most foreigners who come to China to study are deeply respectful of their host country. They are dedicated to learning Chinese and committed to what will effectively be a lifelong association with China.

It’s understandable that, amid an economic slowdown, many Chinese are more concerned about their own welfare than with international perception. Others worry that soft power can flow both ways and that internationalizing Chinese institutions will somehow make the country’s universities less Chinese. And there are certainly more than a few die-hard xenophobes who would rather China have nothing to do with anything foreign at all.

But Chinese leaders and educators know that this line of thought is ultimately self-defeating. Even if you view international education from a strictly nationalist perspective, bringing more foreigners to China is one of the most efficient and cost-effective investments the country can make in its future — including military spending and global infrastructure projects like the Belt and Road Initiative. Thus, if the world is really on the cusp of a new Cold War, perhaps the best thing China can do is recall how higher education and its internationalization helped America emerge as the world’s preeminent power.

This is all the truer now that the U.S. and U.K. are imposing new restrictions on international students, especially Chinese students. According to some reports, the White House has even toyed with a unilateral ban on all students from China. This may seem like a slap in the face, one that should be returned in kind, but in fact it presents China with a historic opportunity — especially at a time when American and British schools are grappling with declining quality, spiraling tuition costs, and falling international enrollments.

For years, international students, and in particular Chinese students, have helped paper over problems in both countries. Many analysts have argued that losing Chinese students en masse would be devastating to American universities, and although this seems to have stayed President Donald Trump’s hand, some Chinese applicants, especially students in STEM fields, have reported difficulties processing American visas, forcing them to suspend or delay their studies.

Generally, China responds to diplomatic slights with reciprocity. This time, however, China should do the opposite by actively recruiting more international students — particularly Americans — who lack either the funds or the interest to attend university in the United States.

America’s new isolationism and the U.K.’s Brexit woes are merely symptoms of a larger problem. The narratives of American and British superiority appear near exhaustion, and these countries have become frightened of competition when the deck is no longer stacked in their favor. That a rival is emerging precisely at the moment when their education business models have laid waste to once-proud faculties and left students dealing with out-of-control costs is no coincidence.

Now is not the time for China to hesitate, pull back, or to rest on its laurels. It must push ahead. That’s been the story of China’s rise, and the same holds true if it aims to make its higher education system a global leader.