Opinion: With All Eyes on Chile, What Could a First-Phase Trade Deal Look Like? 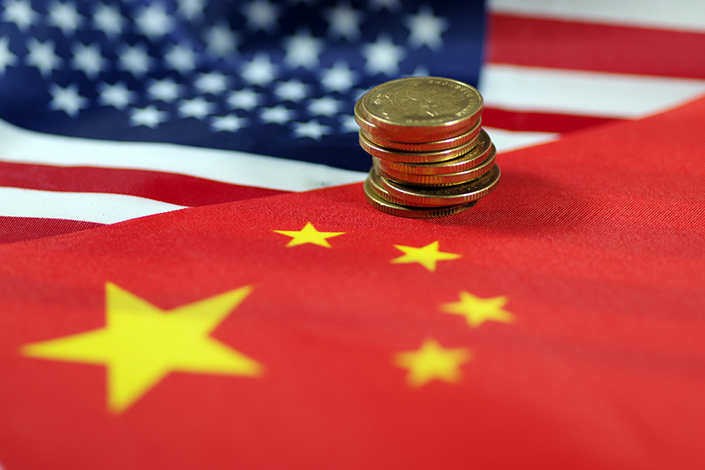 After 15 months of tit-for-tat trade conflict between China and the U.S., just how far away is a phase one deal? Photo: IC Photo

Another decisive moment in the U.S.-China trade talk marathon is approaching.

All eyes are now on the South American nation of Chile, which will host the upcoming APEC Leaders’ Summit on Nov. 16.

U.S. President Donald Trump and his Chinese counterpart Xi Jinping are both scheduled to participate. Washington’s objective is for the two to sign a first phase trade deal while they’re there, even if Beijing’s rhetoric remains cautious.

After the latest round of trade talks in Washington this month both sides said they were working on the text of the agreement and indicated a Chile signing was on the cards, but refrained from assuring the markets of a definitive deal.

Chinese Vice Premier and top trade negotiator Liu He was positive about an initial deal. He told a conference in Nanchang that: “The two sides have made substantial progress in many fields, laying an important foundation for the signing of a phased agreement.” He did not elaborate.

But he reiterated that the U.S and China should “meet each other half way” with “equality and mutual respect,” and address each other’s “core concerns.”

Meeting He at the White House on Oct. 11, Trump sounded similarly vague. “We’re going to be in Chile in five weeks, so we’ll see, in terms of signing, when it happens.”

“So that [Chile] could be a point, or maybe not,” he went on. “Maybe it [the signing] will be then, or maybe it’ll be sometime around then.”

The ambiguity of messages from both sides has kept the world guessing. After 15 months of tit-for-tat trade conflict, just how far away is a phase one deal? Looking back at the timeline could provide clues.

In late February, U.S. Secretary of the Treasury Steven Mnuchin told CNBC the two sides were working on a “150-page detailed [draft] agreement” with significant structural commitments from the Chinese side.

Negotiations collapsed in early May after the U.S. side accused Beijing of backtracking and the Chinese side accused Washington of continuously adding new demands in late stages of the talks.

In late June, things seemed back on track after a positive meeting between Trump and Xi during the G-20 summit in Osaka, Japan.

Just three days before the Osaka summit, there was an interesting episode. Mnuchin said in an interview with CNBC that “we were about 90% of the way there [to a trade deal] and I think there’s a path to complete this.” He did not specify what made up the remaining 10%.

In other words, Mnuchin claimed that Washington and Beijing had agreed on 90% of the 150-page draft agreement despite the collapse of the talks in early May. If the U.S. Treasury Secretary was speaking truthfully then we might expect drafting the current deal to be relatively easy, picking up some already-agreed early harvest outcomes.

“Mnuchin was talking nonsense,” a well-placed source familiar with Chinese government thinking told me. In fact, they said, Mnuchin had neglected to mention the reasons China returned the draft agreement to Washington in early May with changes marked in red throughout the text.

And the current phase one deal would only include a very small sample of the core demands of both parties, which would still be time-consuming given the difficulties in negotiating on the detail and implementation issues, the source added.

Recent public comments suggest the main elements of the phase one deal include a commitment from China to increase purchases of American agricultural products, transparency on China’s foreign exchange rate policy, access to China’s financial market for U.S. companies and a dispute settlement mechanism with enforcement provisions.

The issue of China’s alleged forced technology transfers would be negotiated in phase two. There are additional issues the U.S. side has long complained about, but which have not resurfaced recently, including China’s generous subsidies to State-Owned Enterprises (SOEs), alleged intellectual property theft, and the huge trade deficit between the two countries.

That the two presidents will sign a phase one deal in Chile is the U.S. side’s stated aim. It is wishful thinking to believe China would cave in and accept all U.S. demands, even in this mini-agreement, just to give Trump a deal he can sell to his base.