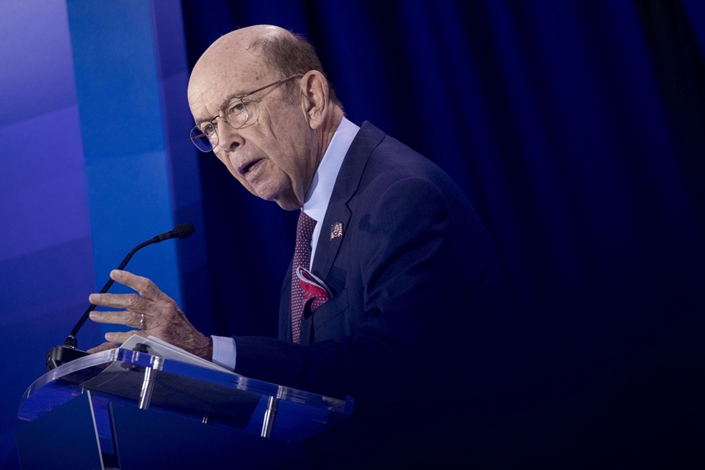 (Bloomberg) — Commerce Secretary Wilbur Ross expressed optimism the U.S. would reach a phase one trade deal with China this month and said licenses would be coming “very shortly” for American companies to sell components to Huawei Technologies Co. Ltd.

President Donald Trump on Sunday told reporters at the White House that a trade agreement, if one is completed, would be signed somewhere in the U.S. “First of all I want to get the deal,” he said after returning for a trip to New York City. “The meeting place, to me, is going to be very easy.”

Ross said Iowa, Alaska, Hawaii and locations in China were all possible places for Trump and Xi Jinping to sign the deal after the cancellation of this month’s Asia-Pacific Economic Cooperation summit in Chile due to unrest in the country. He called the agreement “particularly complicated” and said the U.S. was “making sure that each side has a very correct and clear, detailed understanding of what each side has agreed to.”

“We’re in good shape, we’re making good progress, and there’s no natural reason why it couldn’t be,” Ross told Bloomberg Television’s Haslinda Amin in an interview on Sunday in Bangkok, when asked if the deal is on track to be signed this month. “But whether it will slip a little bit, who knows. It’s always possible.”

Stocks edged higher in Asia and American equity futures ticked up amid greater optimism on trade. Top negotiators both spoke on the phone Friday and described the talks as “constructive” as they look to lower tensions in a trade war that has roiled global growth.

On Saturday after the call, Chinese state media on Saturday reiterated the nation’s core demands, including the removal of all punitive tariffs. “For China, removing all the additional tariffs is a core concern that has not changed and will never change; even if there is a first phase deal, this core concern should be reflected,” wrote Taoran Notes, a blog affiliated with the state-run Economic Daily.

The deal would see China increase purchases of U.S. agriculture products, keep its currency stable and open financial services markets to American firms. In return, Beijing wants the U.S. to do away with new import taxes due to take effect Dec. 15 on goods including smart-phones.

Ross, who is attending a regional summit hosted by the Association of Southeast Asian Nations, remained noncommittal on whether the Trump administration would suspend the December tariff hike. He also said further phases of the deal would depend on things involving legislation on the part of China and an enforcement mechanism, without which “all you’ve got is a pile of paper.

Chinese officials have cast doubts about reaching a comprehensive long-term trade deal even as the two sides close in on the phase one agreement, Bloomberg reported last week. China has stated for months that a final deal must include the removal of all punitive tariffs, and has balked at reforms in areas such as state-run enterprises that could jeopardize the Communist Party’s grip on power.

Entities on the list are prohibited from doing business with American companies without being granted a U.S. government license, although some have maintained relationships with banned companies through international subsidiaries. China’s government has signaled it will hit back over the blacklist, and the companies have denied wrongdoing.

“There is not any cyber security issue for us and there is no evidence from the U.S. to say that,” Edward Zhou, a Huawei vice president, said in an address earlier Sunday in Bangkok during the regional summit. “We predict that this year, we can almost keep up the same performance as last year, even under such great pressure from the U.S. government.”

The blacklist is also hurting American companies that do business with China, and particularly Huawei. Trump said in June after meeting with Xi in Japan that he’d “easily” agreed to allow American firms to continue certain exports to Huawei, and weeks later Trump said he’d accelerate the approval process for licenses.

Still, none have been granted so far. The president as recently as this month approved the approval of licenses in a meeting with advisers, according to people familiar with the matter, but an announcement has yet to be made.

Ross on Sunday said the licenses “will be forthcoming very shortly,” noting that the government received 260 requests.

“That’s a lot of applications — it’s frankly more than we would’ve thought,” Ross said in the interview. “Remember too with entity lists there’s a presumption of denial. So the safe thing for these companies would be to assume denial, even though we will obviously approve quite a few of them.”

One of the industry’s main arguments for allowing shipments of non-national security sensitive items is that Huawei can buy some of those components from competitors around the world, including South Korea and Japan.