Russia Plans Another Move Out of Dollar, Into Euro, Yuan 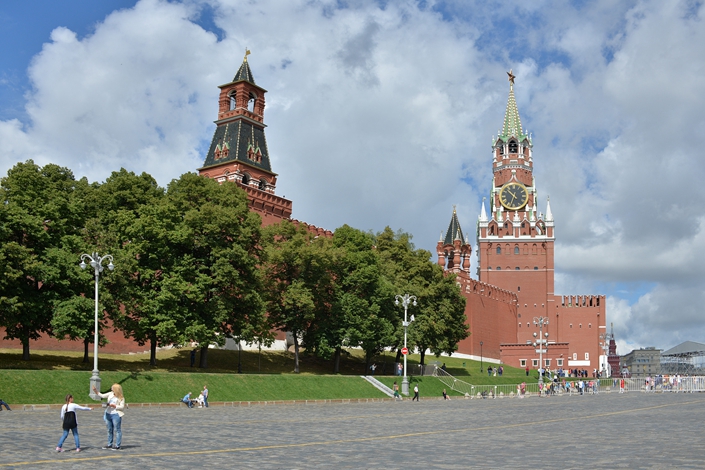 (Bloomberg) — Russia is planning to cut the dollar’s share in its $125 billion sovereign-wealth fund, following a major move last year out of U.S. assets by the central bank.

“Geopolitical risks are one of the key factors for changing the structure of reserves,” Deputy Finance Minister Vladimir Kolychev told reporters Wednesday. “I can say for sure that the share of the dollar will be reduced and other reserve currencies will be considered, including the yuan and those of other countries.” The change will take place next year, he said.

The Finance Ministry would consider conducting more of its regular purchases of foreign currency for the wealth fund in euros, in place of some of the dollars it currently buys, he added. The central bank does those operations on behalf of the Finance Ministry.

President Vladimir Putin has pushed for Russia to reduce its dependence on the dollar as the U.S. has tightened sanctions over the last few years. The Bank of Russia dumped $100 billion of its dollar holdings last year in favor of euro and yuan. The diversification made Russia the biggest holder of yuan reserves globally. The latest Finance Ministry’s plan may also help the central bank to shift further away from the U.S. currency.

The National Wellbeing Fund, held by the central bank as part of its reserves, grew to $124.5 billion in October thanks to a steady inflow of oil revenues. At present, the fund is about 40% dollars, 30% euros and 6% British pounds.

The central bank’s reserves totaled $542.9 billion in early November, up about $76 billion so far this year. The planned purchases for the wealth fund were the main driver of the growth. The Bank of Russia declined to comment regarding ministry’s plan.

“The central bank can satisfy the ministry’s request to change the currency structure without conducting operations on the market as it has a considerable amount of foreign currency,” said Dmitry Dolgin, chief economist at ING Bank. “I think the actual sale of dollars on the local market is unlikely.”