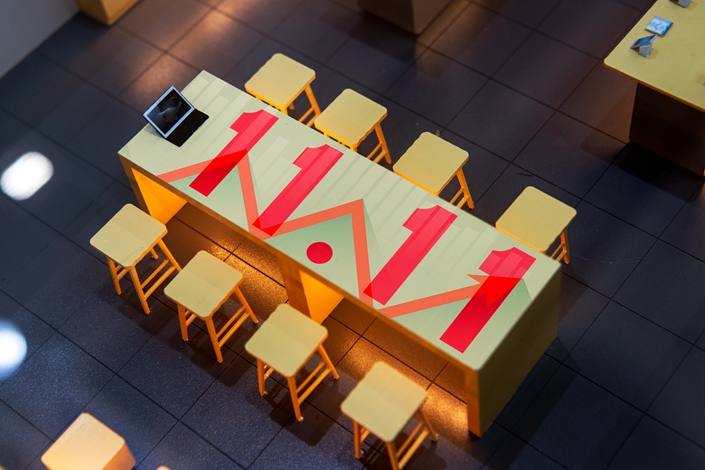 The first open court hearing has been held in a case brought against the government by JD.com Inc. as China’s No. 2 e-commerce firm escalates its battle with market leader Alibaba over trademarks related to the “Double 11” shopping festival.

That ruling was made in a 2017 case brought by market leader Alibaba Group Holding Ltd. to the Trademark Review and Adjudication Board — which in March last year was incorporated into the CNIPA.

The country’s dominant e-commerce platform initiated the Double 11 shopping festival — which is held on the 11th day of the 11th month, Nov. 11 — in 2009.

Double 11 has since grown into an annual extravaganza, and in 2011 Alibaba registered a series of Double 11-related trademarks for use in forms including online and offline commercials and streaming.

These five trademarks were the focus of the 2017 case brought to the trademark board by Alibaba, as the e-commerce giant asked the board to invalidate JD.com’s trademarks. The board ruled that JD.com’s trademarks violated China's Trademark Law as they were too similar to ones Alibaba had previously registered.

JD.com subsequently brought its case against the CNIPA in July 2018.

The Thursday hearing centered on whether JD.com’s trademarks were similar to those registered by its rival and whether customers could be potentially misled.

JD.com told the court that its Double 11 logos have distinctive designs and clearly identify the company involved. Besides, consumers would have to use different software to access the two different platforms, JD argued.

According to a document released by the court (link in Chinese) the CNIPA said that although the trademarks have a difference appearance, they both use the concept of “Double 11,” which was invented and trademarked first by Alibaba. The similarities are sufficient that the public could be confused if only limited attention is paid, the CNIPA argued, which it said would violate Article 30 of the trademark law.

Alibaba, which was listed as a third party to the lawsuit, argued that it should have exclusive rights to use trademarks related to Double 11, as the festival’s progenitor.

The hearing Thursday took about one hour. The judge called a recess without giving a verdict. The case is now under further review.

The hearing was held just three days after this year’s Double 11. Both Alibaba and JD.com saw over 25% growth in gross merchandise volume from last year. Alibaba’s sales hit 268.4 billion yuan ($38.3 billion) and JD.com’s reached 204.4 billion yuan, though the two companies don’t calculate the figure in the same way.