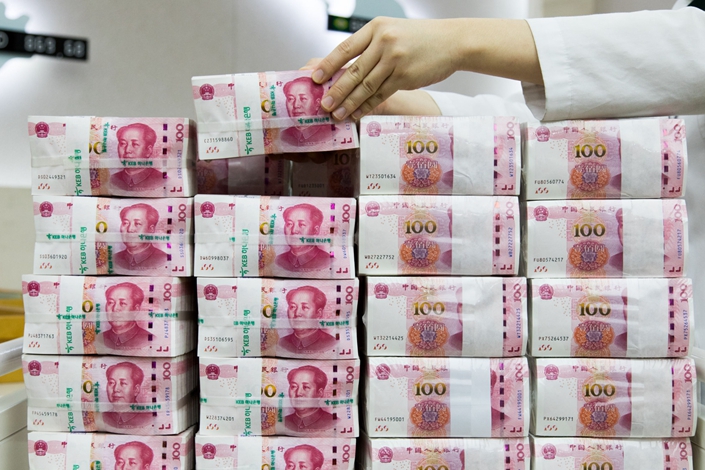 (Bloomberg) —Two Chinese companies failed to repay bonds worth a combined half a billion dollars on Monday, underscoring rising debt risks in the highly leveraged nation as the economy slows.

Peking University Founder Group was unable to secure sufficient funding to repay a 270-day, 2 billion yuan ($285 million) bond, according to a company filing to the National Interbank Funding Center. Tunghsu Optoelectronic Technology Co. failed to deliver repayment on both interest and principal on a 1.7 billion yuan bond, according to Shanghai Clearing House.

“It’s getting harder for companies to get funding help when facing a debt crisis, unless they’re centrally-controlled companies and local SOEs that have great importance to the local economy,” said Yang Hao, fixed income analyst from Nanjing Securities Co.

Founder’s missed payment on the bond, which has a 15 business-day grace period, is set to escalate concerns about the weak finances of debt-laden business arms of Chinese universities. The company and Tsinghua Unigroup Co., a top chipmaker run by arch-rival Tsinghua University, have been under the spotlight in recent months following a tumble in their dollar bonds.

Tunghsu’s five-year paper was originally due December 2021 but investors recently opted to exercise a put option on it. The electronic display panel maker has now missed three onshore bond payments in the past month.

Tunghsu failed early repayment on 1.97 billion yuan of principal and interest on a note on which bondholders similarly exercised a put option. It also was unable to make good on an interest payment on another local bond.

It also highlights the payment struggles faced by the nation’s private firms, which are being hit harder by the economic slowdown. Their access to the banking sector remains limited as lenders focus more on politically influential state-owned companies.

Private sector firms accounted for more than 80% of total defaults this year, according to Bloomberg-compiled data. Moody’s Investors Service said it expects 40 to 50 new, first-time defaulters in 2020, compared with 35 so far this year.

The drama is far from ending. Shandong-based Xiwang is slated to repay interest Tuesday on a 1 billion yuan, 7-year bond due 2022. The corn oil and steel processor is among a cluster of private firms from the province where they are well known for vouching for each other’s debt.