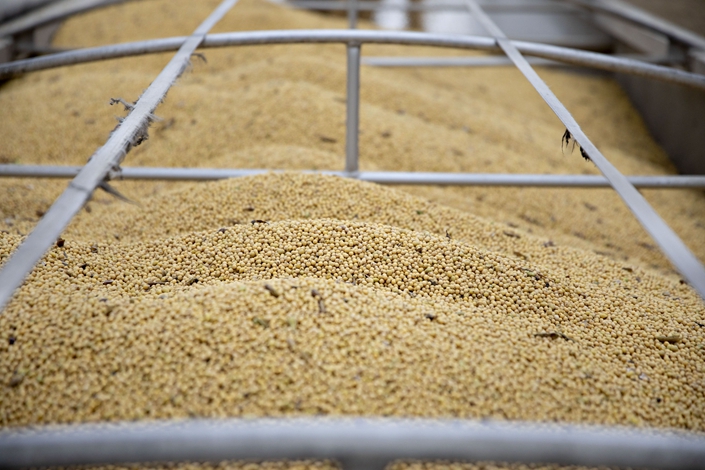 Soybeans sit in a semi trailer in Wyanet, Illinois, on Oct. 19. Photo: Bloomberg

China bought 8.28 million tons last month, the most since August, according to customs data released on Sunday. That’s up 34% from October and 54% from a year ago.

Imports from January to November fell 4.1% from a year earlier to 78.97 million tons.

China may boost imports of American soybeans to cover a deficit in the first quarter of next year if the two countries make progress in trade negotiations.

Beijing is unlikely to issue new waivers for U.S. suppliers before trade talk progress is made with Washington.

China’s finance ministry is in the process of handling requests for tariff waivers on imports of U.S. soybean by domestic companies.

Edible oil imports in November rose to 1.06 million tons, the highest since 2012. That brings the total so this year to 8.63 million tons, a 56% increase from a year earlier, customs data show.