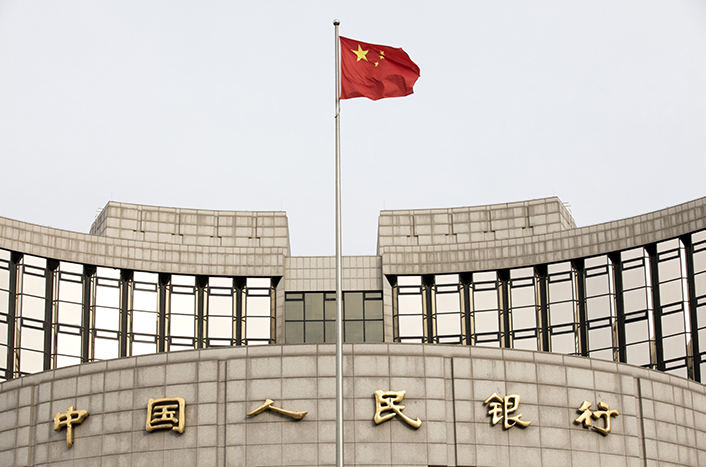 (Bloomberg) — China added liquidity to the financial system Wednesday, helping to offset a cash squeeze ahead of the Lunar New Year holiday. It kept interest rates on the loans unchanged.

The People’s Bank of China added 300 billion yuan ($44 billion) through the medium-term lending facility at 3.25%, according to a statement from the central bank. It also injected 100 billion yuan via open market operations after a 15-day hiatus, selling 14-day reverse repurchase agreements at 2.65%.

There were no funds maturing Wednesday. Some 257.5 billion yuan worth of targeted medium-term loans will come due on Jan. 23. Traders had been expecting a liquidity injection before the week-long holiday, and some said China’s decision to stay put on interest rates was a slight disappointment. Bond futures pared an earlier advance after the announcement, and the CSI 300 Index of Chinese shares dropped as much as 0.9%.

“The liquidity injection from the previous RRR cut wasn’t enough to fill the gap in January because of the earlier Chinese New Year holiday season, heavy bond issuance and tax payment,” said Tommy Xie, an economist at Oversea-Chinese Banking Corp. “The offering is not a surprise.”

The central bank earlier this month lowered the amount of cash banks must keep in reserve, unleashing about 800 billion yuan into the financial system. It had also cut the cost of the key one-year funding facility in November. The measures are expected to help with this year’s earlier-than-usual sale of local government debt, which is largely used to finance infrastructure construction. Banks are the main buyers of the bonds.

Analysts estimate a 3.8 trillion yuan liquidity gap may need offsetting in January as Chinese companies and individuals withdraw cash ahead of the week-long holiday. Banks also have to build cash levels for tax payments and reserve requirements, among other needs. Authorities have signaled they will continue to reduce borrowing costs for companies in 2020 in part of a broader government drive to stabilize economic growth, even though signs of a recovery have emerged.

“Looking ahead, the authorities will keep loosening monetary policy to sustain the recovery in the economy, which is still at a nascent stage,” said Nathan Chow, senior economist at DBS Bank Ltd. in Hong Kong. He added he expects the central bank to cut RRR by another 150 basis points this year.