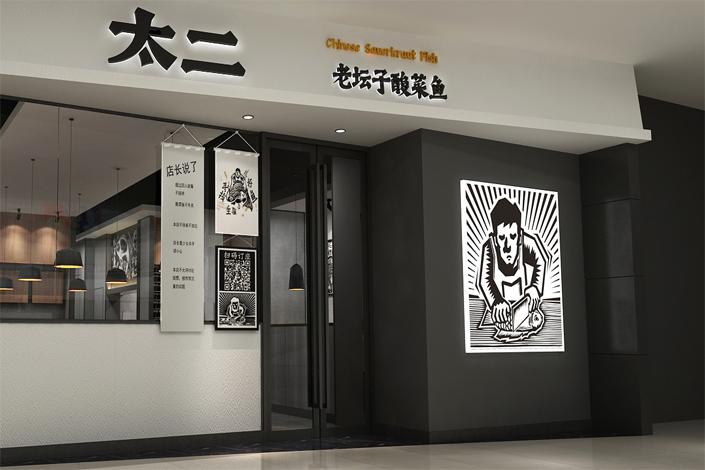 China is one of the world’s fastest growing restaurant markets, fueled by a growing middle class that is eating out more than ever before.

The share price of chain-restaurant operator Jiumaojiu International Holdings Ltd. spiked 52% on its first day of trading in Hong Kong.

Jiumaojiu, operator of the popular Tai Er and Jiu Mao Jiu restaurant chains, is the latest restaurant company rushing to cash in on investor enthusiasm for China’s red-hot eatery market. This appetite for chain restaurant stocks is exemplified by the success of hotpot eatery Haidilao International Holding Ltd. since its 2018 listing — the stock is currently trading around 80% over its IPO price.

Jiumaojiu’s share price was up 42% in the gray market ahead of the official listing, and the offering was 637 times over-subscribed.

According to a company statement, around 333 million shares were issued at a price of HK$6.6 (85 U.S. cents) per share, with half sold internationally and the rest in Hong Kong. That netted Jiumaojiu HK$2.1 billion and valued it at HK$12.7 billion.

The company said that 74% will be used to expand the company’s restaurant network over the next two years, including opening around 20 Jiu Mao Jiu restaurants, up to 100 Tai Er locations, and two or three dozen restaurants under other brands. One-tenth of the net proceeds will be allocated to repay part of a nearly 190 million yuan loan from China Merchants Bank Co. Ltd., and the remainder will go to operations and maintenance.

China is one of the world’s fastest growing restaurant markets, fueled by a growing middle class that is eating out more than ever before. Before the 1990s, most people ate out rarely, if ever, and Western newcomers like KFC and McDonald’s were still considered high-end. But after decades of high-octane economic growth, operators of more upscale eateries have found fertile ground.

Jiumaojiu makes 90% of its revenue from its Tai Er and Jiu Mao Jiu chains, which together have 328 locations across China, many of which are franchised. The former is known for its steamed fish smothered in pickled vegetables, while the latter specializes in Northwestern Chinese food. Tai Er’s revenue spiked 146% to 538 million yuan ($78 million) in the first half of 2019.

Prior to the IPO, Essence Securities said that the Tai Er chain should be able to outperform Haidilao due to its simple format facilitating higher customer turnover. By comparison, Haidilao is known for its high-quality service and welcoming atmosphere that encourages customers to socialize. Haidilao makes up for the slower turnover with higher spending per customer, Essence said.

Jiumaojiu International reported a profit of 102 million yuan in the first half of 2019, nearly double that from a year earlier. Its revenue rose nearly 50% over that period to 1.2 billion yuan.