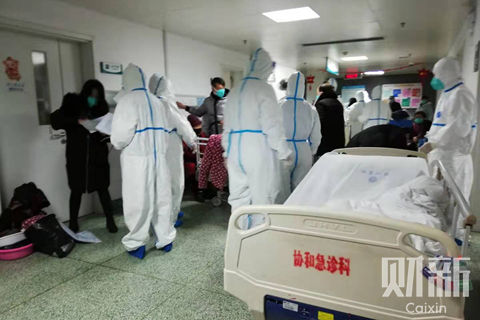 A top health expert in China warned of potential risks of a so-called “super-spreader” in an outbreak of viral pneumonia that has sickened hundreds of people, fueling fears of challenges for controlling the disease.

One such patient may already have appeared as the new coronavirus spreads across the country, claiming six lives as of Tuesday, Yuan Guoyong, a microbiologist who is a member of an expert senior team of China’s National Health Commission, said Tuesday to reporters.

Among 15 medical workers diagnosed with the virus in Wuhan, a central China city where the disease was first reported in December, 14 were infected by a single patient, Yuan said. There hasn’t been enough evidence yet, however, to confirm the person as a super-spreader, Yuan said.

Super-spreaders appearing during the process of virus mutation means greater challenges in controlling the spread of an epidemic. Yuan said health authorities will closely monitor how the virus is passed through contact with a single source.

Once a super-spreader is detected, the patient must be put under strict quarantine and receive special treatment, said Zhong Nanshan, a prominent Chinese epidemiologist who is heading the National Health Commission’s investigation into the outbreak. Blocking the emergence of super-spreaders is “key to controlling the spread of the virus,” Zhong said.

China yesterday confirmed that the new coronavirus, which has pneumonia-like symptoms including fever and difficulty breathing, can be spread via human-to-human transmission.

As of Jan. 21, the number of confirmed infections in China totaled 319, including 270 in Hubei, 10 in Beijing, 17 in Guangdong and six in Shanghai. The death toll reached six, all in Hubei. Outside China, one confirmed case was reported in Japan, two in Thailand and one in South Korea.