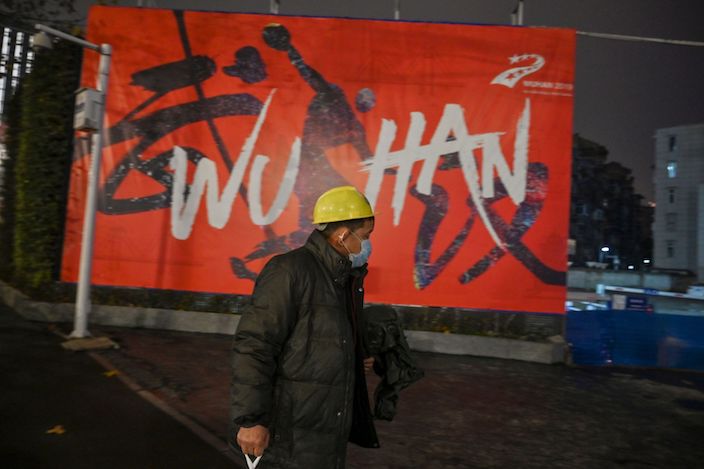 (Bloomberg) — Commodity investors are taking flight as fears deepen that the spread of coronavirus could curtail China’s demand for everything from crude oil to soybeans.

Prices are slumping as the death toll rises, prompting China to extend its Lunar New Year holiday to contain an infection whose spread is accelerating around the world. Fears over the economic impact sent most energy, base metals and grains futures down more than 1.5%, while pushing havens like gold higher.

The traders who keep commodities flowing in and out of the world’s biggest consumer market would typically be expecting an uptick in demand after a lull during the Lunar New Year holidays, which officially started last week. But the rapid spread of coronavirus has upended the outlook.

“We should short everything,” said Jia Zheng, a portfolio manager at hedge fund Shanghai Minghong Investment Management Co. “With the spread of the epidemic, the domestic consumer market will shrink sharply, and construction will be delayed after the holiday.”

The Bloomberg Commodity Total Return Index slipped 1.1% on Monday, heading for the lowest close since August. Here’s how commodity markets are faring:

Oil slumped on speculation that curtailed travel and industrial activity will hit fuel demand. Brent crude slid 2.8% to $58.98 a barrel after capping its longest run of weekly losses since June. While Goldman Sachs Group Inc. predicted that global oil demand may take a hit, the selloff prompted OPEC behemoth Saudi Arabia to say it is seeing “very little impact” on consumption so far.

“For now, it is primarily a matter of confidence getting hit, but a prolonged outbreak, combined with a continued spreading, will alter the way people travel and commute,” said Ole Hansen, head of commodity strategy at Saxo Bank A/S. “A supply glut of fuel in China would filter through to the rest of the world through exports, and on that basis the market is reacting in this defensive manner.”

It’s no surprise that base metals and bulk commodities ― which are closely aligned to China’s industrial activity ― are getting hurt. Copper fell 1.9% in London, heading for its longest slump since 2014, while iron ore plunged more than 6% in Singapore. Still, the risk-off mood benefited havens, with gold climbing to a two-week high.

“I always own gold, especially when risks are high and interest rates are low, and I will up those allocations,” said Stephen Innes, chief market strategist at AxiCorp., adding that he doesn’t yet see an opportunity to buy into the dip in other commodities. “Until I get something that hits me in the face telling me to buy this stuff, I will not. The fear factor is manifesting.”

The timing of the virus could hardly be worse for copper bulls. Net-long wagers on the LME contract reached the highest in at least two years just before the outbreak, in part on bets that the recent U.S.-China trade deal would trigger a rebound in manufacturing and consumer spending.

Travel restrictions and a reluctance by China’s people to visit restaurants while the outbreak rages may hurt demand in a nation already ravaged by a swine virus that slashed pig herds and cut consumption of livestock feed. The coronavirus is also another blow to crop markets hoping for more Chinese purchases of U.S. farm products in the wake of the trade agreement.

Soybeans, corn and wheat dropped at least 1% in Chicago, with the oilseed touching the lowest in more than a month. Rubber slid in Tokyo, while sugar and coffee retreated in New York.